Name of caretaker prime minister to be announced on Tuesday: Khursheed Shah

ISLAMABAD, Pakistan: The Opposition Leader in the National Assembly Syed Khursheed shah on Friday said the name of the interim prime minister would be announced on Tuesday; however, he said he and Prime Minister Shahid Khaqan Abbasi had yet to reach a consensus over the name.

Khursheed Shah said the prime minister told him that he was about to leave for Turkey to attend the Extraordinary Session of the OIC; therefore, they decided to meet again on May 22 (Tuesday).

The opposition leader said they would reveal on Tuesday that who would be the interim prime minister by next general elections. 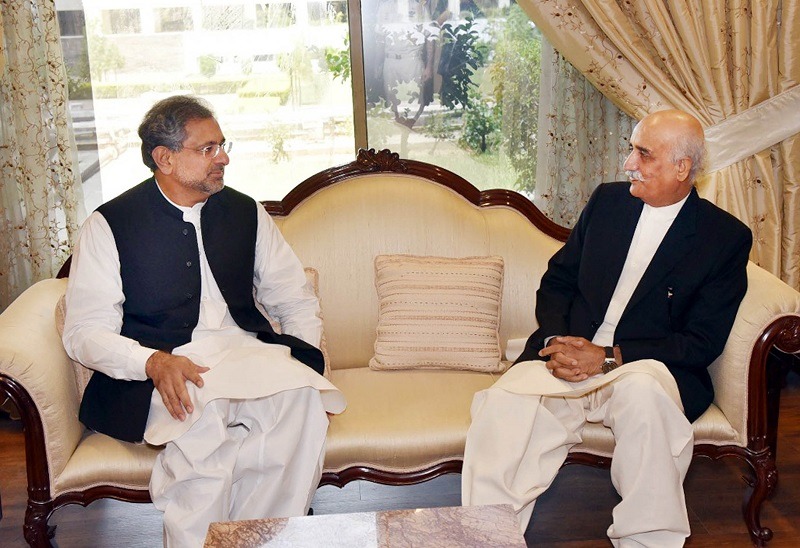 Meanwhile, talking to media representatives outside the Parliament House in Islamabad, the Vice Chairman Pakistan Tehreek-e-Insaf (PTI) Shah Mehmood Qureshi said they didn’t know either deliberation had been made upon names, they had suggested, or not.

Shah Mehmood Qureshi said they were not consulted over the name of the caretaker prime minster so far.

Mati
Mati-Ullah is the Online Editor For DND. He is the real man to handle the team around the Country and get news from them and provide to you instantly.
Share
Facebook
Twitter
Pinterest
WhatsApp
Previous articlePakistan’s exports witnesses upsurge
Next articleCarFirst introduces Vehicle Exchange Program