ISLAMABAD, Pakistan: The federal government has appointed the eminent lawyer Naeem Bukhari as the Chairman Pakistan Television Corporation (PTV) for a period of three years.

“Pursuant to the provision of Section 166 of the Companies Act, 2017, the federal government is pleased to appoint Shahzad Naeem Bukhari as Independent Director of Pakistan Television Corporation Board,” said the notification issued by the Ministry of Information and Broadcasting on Monday.

Naeem Bukhari will hold the Office for a period of three years unless he resigns earlier. 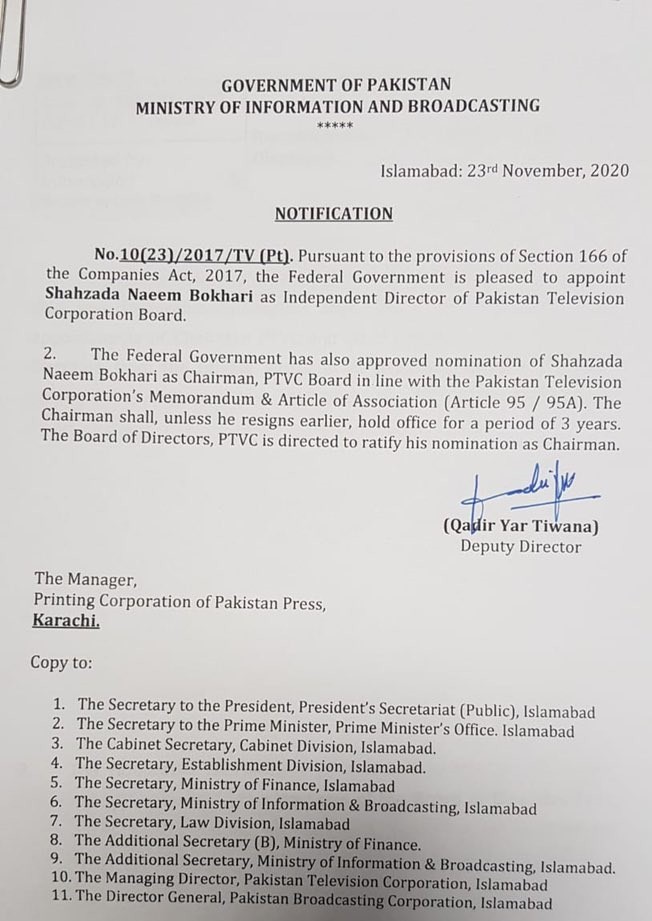 Mati
Mati-Ullah is the Online Editor For DND. He is the real man to handle the team around the Country and get news from them and provide to you instantly.
Share
Facebook
Twitter
Pinterest
WhatsApp
Previous articleHania Amir – 5 Times When She Slays Fans in Eastern Looks – Pictures!
Next articleCentre of Excellence to help improve youth technical skills: Speakers