Monitoring Desk: “Maryam Nawaz is very fortunate that she had seen her acquittal in a case that the National Accountability Bureau (NAB) fabricated against her. Retired brigadier Asad Munir, was not so fortunate and his daughter had to wait till his third death anniversary to read the news of the acquittal of her late innocent father who committed suicide after being cruelly persecuted by NAB”.

This was observed in an article published in the daily Pakistan Today on Tuesday titled “Asad Munir, Maryam Nawaz and NAB” written by Agha Iqrar Haroon.

The writer says that no action has ever taken place or even no inquiry has ever been launched in the allegation of abusing of office by the former Chairman NAB while hundreds of innocent persons were arrested without having credible evidence against them by NAB. They were found innocent by courts after years of facing humiliation and subjugation.

“When an objectionable video of Chairman NAB Javed Iqbal was leaked by a woman named Tayyaba, I thought that nature had carried out its justice and now Chairman NAB was for it, but I was mistaken and he completed his tenure even two years after the video leaks and no action has taken against him so far. It may be remembered that Tayyaba had lodged a complaint with Pakistan Citizen Portal (PCP) alleging that the then chairman NAB was harassing her and her family because she refused to please him. She claimed that she had recorded several videos and audio recordings against him. No action was taken against Chairman NAB, no inquiry was conducted and nothing has happened in this case though Chairman NAB is retired from his post.  In June 2022, Tayyaba appeared before the Public Accounts Committee of Parliament where she submitted alleged audio and videos. Chairman NAB may or may not be involved in harassing Tayyaba but only an impartial inquiry can decide the facts and truth”, commented the writer. 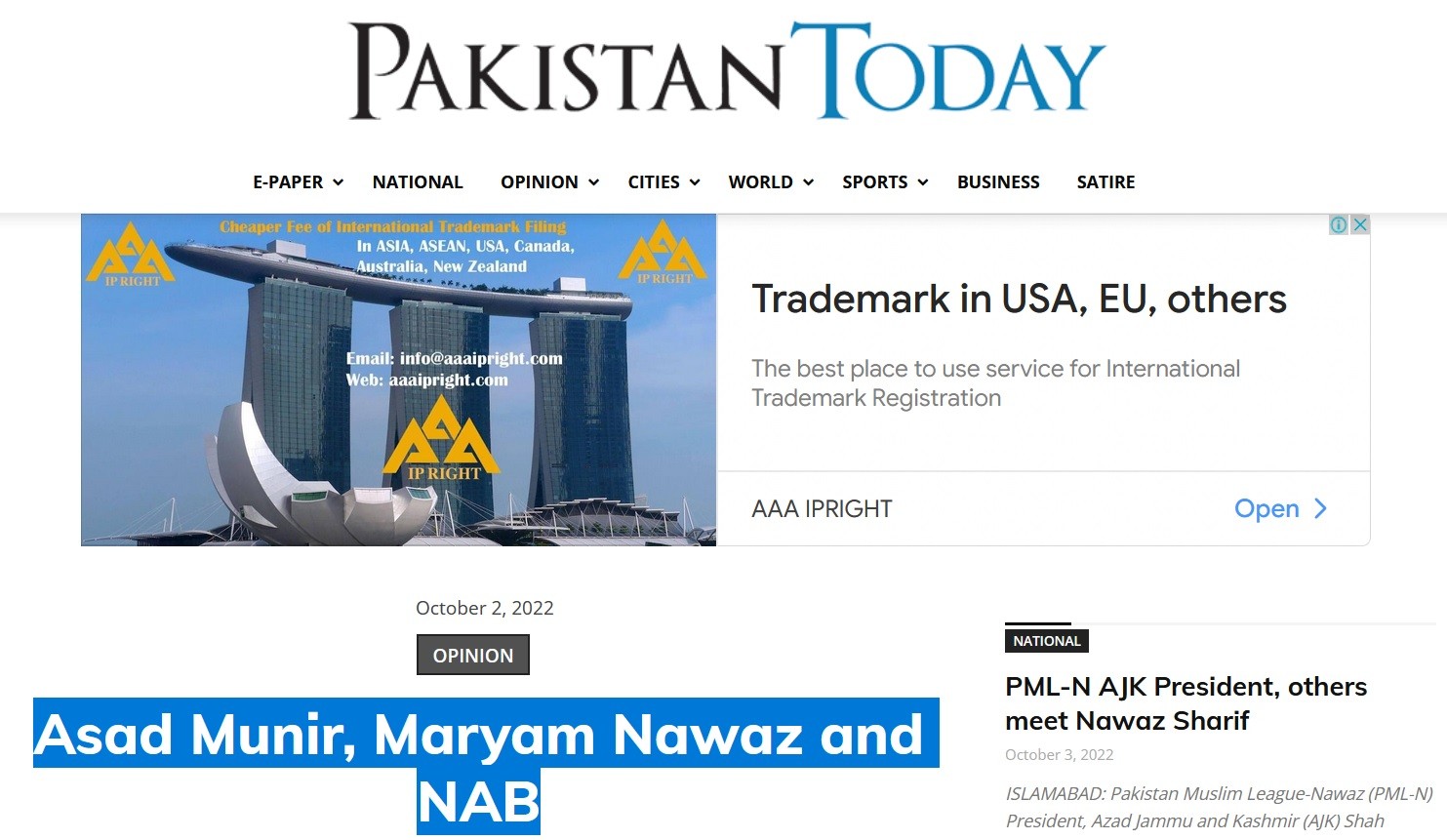 The writer was of the view that after the acquittal of Maryam Nawaz PTI claimed that her acquittal is politically motivated, forgetting that PTI had been in power from 2018 to 2022 but NAB prosecutors failed to produce any tangible and credible proof against her for any wrongdoing in the Avenfield Apartments purchase etc. She was jailed and harassed and her media trial continues even today at a high pitch.