My Father–My Self (Part I) 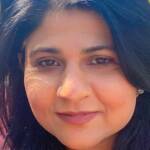 I have told the story of my father many times, all the realities regarding how he did live and what impact he had on my life—that is all truth. Not a shred of a lie, not near truth but only the truth.

Nevertheless, many of you did not know, that I did not get a chance to say final Goodbye to my father. I was not lucky enough to say the last loving sentence, that comforting line, the last hug in the presence of both of us. When I reached Pakistan, he was already in a coma with machines, drips, and wires attached all over his body. He was there but not present. The moment he did not open his eyes, did not get up and I did not receive a hug—-I knew my father was departed and there was Anwer Cheema breathing his last.

Somehow my heart whispered, he waited long enough and then decided to leave silently. Many of us believe that people lying in coma are listening, many of us consider those who are in graves are listening too. I, on the other hand, have reasons to believe, the moment one closes his eyes and chooses to be silent…is the end. Perhaps those lying on death beds or in graves are hearing, but there is a super fine line between hearing, listening, and voices and communication. Are they really want to listen anymore? Maybe they just want to close the door, switch the light off, and sleep. Maybe their need of listening to us is not present any longer.


I also have reasons to believe, that the remarkable opportunity of being there for each other is not infinite.

And when somebody chooses not to respond, that person is probably not interested in that conversation anymore. So, when I saw my father lying in ICU in Kharian C.M.H, I knew I had already missed the train.

But if only I had managed to come a day before, we could have talked and shared memories of my childhood. We could have laughed together while remembering his laughter, while I did something wrong while trying to do something right. What I have lost forever was a link of my childhood with my own self. If I could have reached on time, I would have cherished that for the rest of my life.

I could have told him that I am the luckiest daughter on the face of the planet if only I have made it one day before. I could have possibly offered him a last sip of water, helped him to change his position one last time, fluffed his pillows, washed his tired feet, kissed him, or received a kiss, and had seen him smiling while his eyes still were open. I chose to come late, and he chose to leave. The final cheerio was never passed, and he disappeared behind the thick mist of death.

After that, every time I lie down on my pillow -my pillow which was also my counsellor and soother and used to give me the peace of mind and body, has ceased to do so. It tells me gently I am a liar and a coward. And whenever I am telling the world, that my father left suddenly without giving me a chance to do something in return for him, I am dishonest and hiding the happening.

My father always sought my consent before talking to me,” doctor sahiba ap sah time lena tha, thore bat karne the (I need an appointment doctor, I want to discuss something)”, and I always got annoyed with his attitude of asking my permission.

Now my pillow keeps on recapping that I did not give an appointment to my own father. I might heal all the patients around the globe; I might accomplish the finest of achievements and I might get the fanciest nameplates in the corridors of highly prestigious hospitals of the world, alas my father did not get an appointment from me.

One of the torture techniques for criminals around the world is to keep them awake and deny them sleep. And if one argues with one’s pillow and attempts to trick it with near truths or baked lies – or if one who is a predator in real tries to be a house cat in front of the pillow, it does the same.  Pillow steals the sleep from the pretenders, the phonies, the liars, the cheaters and not to mention the hypocrites. It does not have a problem with the sinners, but it doesn’t tolerate frauds and fakers. They get insomnia for life without the chance of parole and without an opportunity of death sentence ….Unhain kantown ka bistar milta hay (they sleep on the bed of thrones). Dementors of memories appear every night and ache them in several unique ways.

My father, a month before he got critically sick, was also admitted to hospital. He was extremely ill, and we were about to lose him.

Now I am finally going to tell the naked truth, the complete truth, and entirely the Truth.

He got discharged from the hospital and came home. He offered me precious 30 days. He and Allah gave me once in a lifetime opportunity to visit him, a chance of giving him an appointment, a chance to make the non-regrettable decision, to be with him–a whole solid month, Where I could have done a nano fraction of what he did for me. Mukamal sach to yeah hay kah Mujhay husn o mohabat ke hakayat sunanay ka moqa dia gaya tha,marham laganay ka ,azar ka chara karnay ka waqt mila tha mujhay.( complete truth is I got The chance to tell the stories of love, I got the chance to heal him, to meet him, to see him )

Complete truth is that he did not leave early, it was me who reached late.

I kept my job, and I wasted the opportunity of the final verdict, the very last hug in the warmth of his arms, that fare welling kiss, concluding advice, last gaze, and the final supper of boiled rice with milk and sugar on it.

Truth is that Fozia did not give an appointment to her father, and he departed. No plus, no minus, no division, no subtraction -truth, and nothing but the truth.

Fozia was not there when her father was packing for the journey of a hereafter, and that is the brutal life-changing reality for her.

With his departure upward, my journey downwards began. I hit the bottom and have ever since been trying to crawl up. Slithering from that dark gliding black hole without any rope of hope is not easy though.

Living in that hole requires constant energy. That’s why I am turned into a leach in some facets of my life. I nourish on others parallel experiences. I feel satisfied when others are also not able to say their last goodbyes. What a selfish, ruthless sadist I am at times when I find sustenance from other explanations of poor and petty choices.

Every time people told me, that it was what my father must have wished, and he was definitely happy for my decision of not sacrificing my job, I felt strong and clambered a centimeter upwards.

I can tell you my experience of living in the limbo of my ill decisions. There is no left and no right to this crack, depth is the only direction available. And one can never actively crawl up, passive powers and resources are required for this process.

Therefore, I became a seeker of Deja Vus of similar experiences, of comparable hidden guilt, of identical filthy excuses, of known encounters and unpleased promises. Those Deja Vus were my nutrition.

One autumn evening, I got the definitive opportunity to come out of this black hole. No need for crawling or creeping or being there forever. I found a rope -large, solid, and tightly knitted. A cable was all I needed, and that was right in front of me.

Related Link: Click here to read My Father — My Self Part II


Note: Dr. Fozia Kamran Cheema is a pain management physiotherapist at Copenhagen University Hospital, Copenhagen Denmark. She can be reached at her Twitter @ZayaFo

and her Email at fozia1@live.dk