The election was held at the meeting of the ICAPP Standing Committee comprising 27 members, in Seoul, the Capital of South Korea. 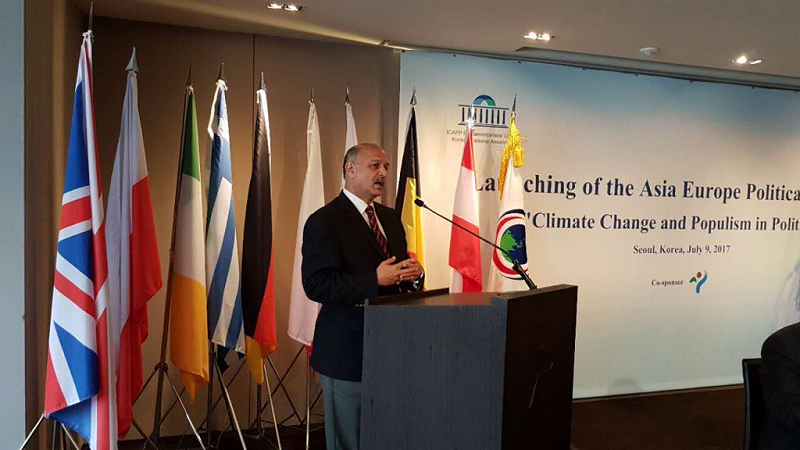 The Standing Committee also held a minute of silence to honour the memory of Senator Mushahid’s father, Colonel Amjad Hussain Sayed who passed away recently.

The Chairman of ICAPP, former Speaker of the Philippines, Jose de Venecia, praised Colonel Amjad Hussain as a ‘great Asian’, since he served with distinction as Pakistan’s first Military Attache to Indonesia and also visited China on the invitation of the Communist Party of China.

Senator Mushahid Hussain thanked ICAPP for ‘honouring Pakistan’ by electing him Vice Chairman of ICAPP, and for honouring the memory of his father.

Mati
Mati-Ullah is the Online Editor For DND. He is the real man to handle the team around the Country and get news from them and provide to you instantly.
Share
Facebook
Twitter
Pinterest
WhatsApp
Previous articleFour Federal Ministers raise serious reservations over JIT
Next articlePakistan categorically rejects Indian allegations of infiltration across LoC