Murmuring of a dangerous conflict

BlogsMurmuring of a dangerous conflict
Blogs
By Central Desk
February 20, 2022

After weeks of speculations and threatening voices warning the world about a dangerous conflict in Ukraine US President Joe Biden said ” he is now convinced that the Russian president Vladimir Putin had decided to invade Ukraine and assault its capital “. We still remember the US had “Reasons to Believe” that Iraq had Weapons of Mass Destruction (WMDs). We still remember the US won the Afghan War in the first 20 days after the invasion of Afghanistan in October 2001. We also remember that Saigon was captured and the US won Vietnam War— These are the great touches of laughter of geopolitical theatre of the past.

The latest and most scary assessment by the US President has emerged amidst renewed clashes in war-torn eastern Ukraine which many think may become a jump-off point of a bloody military conflict between two neighbors who once used to be part of the USSR. The Ukraine crisis has already given a new dimension to the changing geopolitical alignment in the region. Already the world is listening to the echoes of another cold war with changed foes and friends.

While this warmongering continues at a faster pace for the last couple of weeks increased incidents of armed clashes in rebel-controlled eastern parts of Ukraine in the last few days have added fuel to the fire. The rebels have begun evacuating civilians from the conflict zone which is being seen as Moscow’s plan to paint Ukraine as an aggressor instead. On the other side, Moscow has announced huge nuclear drills to scare the world with its intention. President Putin has reaffirmed his pledge to protect Russia’s national interest at all costs. US defence officials say an estimated 40 to 50pc of the Russian ground forces deployed in the close vicinity of the Ukrainian border have moved into their battle positions. The number of Russian ground units known as Battalion Tactical Groups in the border region has increased to 125 within two weeks from an initial number of 83.

Though US and Russian defence chiefs have spoken mutually and both the foreign ministers have agreed to meet next week in order to find a way out of this situation there is hardly any change in the ground realities. The long separatist conflict in eastern Ukraine has resulted in a loss of more than 14000 lives since 2014. It is now rapidly transforming into an all-out war between two major states of the erstwhile USSR with an estimated 150,000 Russian troops now deployed along the Ukrainian border. Both president Putin and Denis Pushilin the head of the Donetsk rebel government in eastern Ukrainian have alleged Ukrainian president Volodymyr Zelenskyy of planning to order an imminent offensive in the area which later has clearly denied.

UN Secretary-General Antonio Guterres has said the threat to global security is much more complex and probably high than during the cold war. With all this dangerous development overall peace and security in the region is at a major risk. Kremlin has also sent a reminder to the world of its nuclear might announcing drills of its nuclear forces. In response, the US has warned of strict sanctions against Russia in case the latter invades Ukraine. Any small mistake or miscommunication on either part could have major catastrophic consequences for the region in particular and the world as a whole. 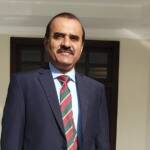