Muhammad Azhar Hafeez to showcase his photography in Faisalabad

FAISALABAD, Pakistan: The eight-day Photo Exhibition by the international award-winning photographer Muhammad Azhar Hafeez will be held in Faisalabad from January 28 to February 4, 2021.

The Photo Exhibition titled “A Thousand Words” will be in display at 135-C Peoples Colony, D Ground, Faisalabad. 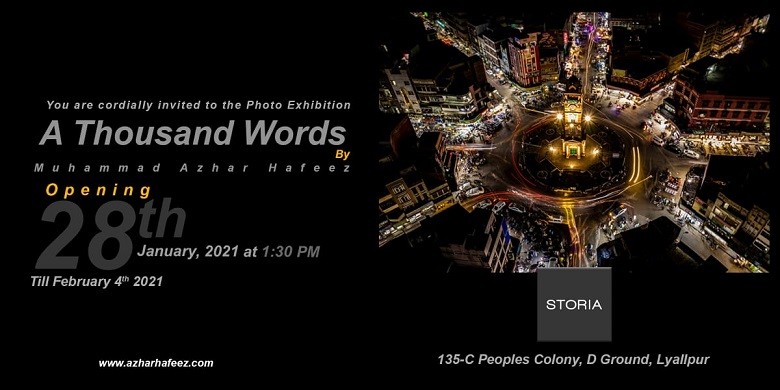 In the exhibition, numerous photographs will be put in display, depicting landscapes, portraits of actual people, wildlife, architecture, and documentaries.

Born in Faisalabad in 1971, Muhammad Azhar Hafeez is a prolific photographer who had his first degree in graphic design, specializing in photography as a major subject from the National College of Arts (NCA), Lahore in 1993.

Since graduation, the camera remains on his shoulder ever, and he has captured the stunning shoots of endless themes and scenes from across the globe.

As a professional photographer, Azhar Hafeez has held multiple solo exhibitions of photography and has participated in more than 50 group shows.

His work has been published in daily newspapers, periodicals, and exhibition catalogues, along with many interviews flash-on unto various TV channels.

Mati
Mati-Ullah is the Online Editor For DND. He is the real man to handle the team around the Country and get news from them and provide to you instantly.
Share
Facebook
Twitter
Pinterest
WhatsApp
Previous articleTop 4 Hair Color Brands in Pakistan with Best Results!
Next articleIjaz Shah emphasizes formulating strategy to reduce drugs demand worldwide