Baku, Azerbaijan: A memorandum of understanding was signed between the International Eurasia Press Fund and Roots of Peace, a humanitarian non-profit organisation, reports EdNews.

The memorandum was signed with the blessing of Heidi Kuhn, founder and CEO of the Roots of Peace organisation, Umud Mirzayev, President of the International Eurasia Press Fund, and Samir Poladov, Deputy Chairman of the Azerbaijan Mine Action Agency (ANAMA), for a major initiative. Heidi Kuhn’s project “Let’s Turn Mines to Vines” will help to make the mined areas of Karabakh prosperous and the most profitable agricultural area. 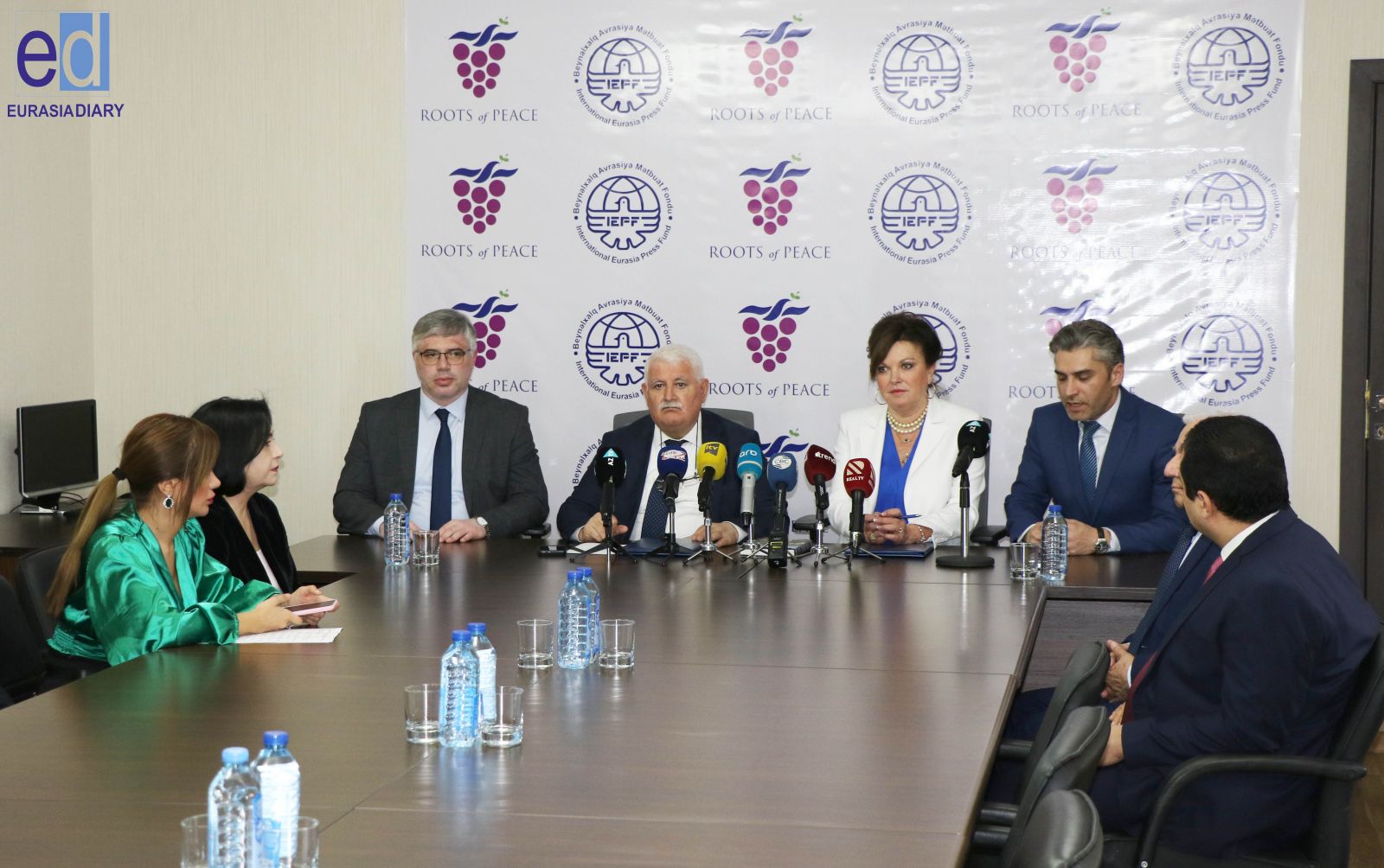 The memorandum of cooperation aims to combat the mine threat, promote the Sustainable Development Goals in minefields, and contribute to the idea of a mine-free world. The memorandum will not only be on paper, but will play an active role in clearing mines together with the Roots of Peace. In the next stage, the parties will determine the amount of funds to be spent on demining and planting trees in the demined areas. 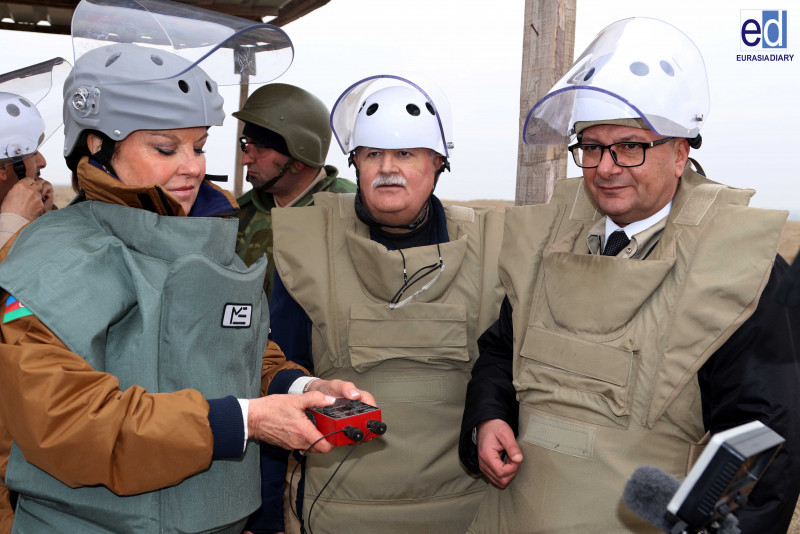 During the meeting, the sides signed a memorandum of cooperation and briefed local media on the prospects for future cooperation.

Opening the press conference, Umud Mirzayev first greeted the participants and said that the visit of Heidi Kuhn was of great importance for our country.

“Recently, an organization that is famous in the world for its activities and is known in various countries around the world for its projects is a guest in Azerbaijan. During the visit organised by ANAMA, Heidi Kuhn was with us. We held many meetings over the past three days. There were interesting discussions.” 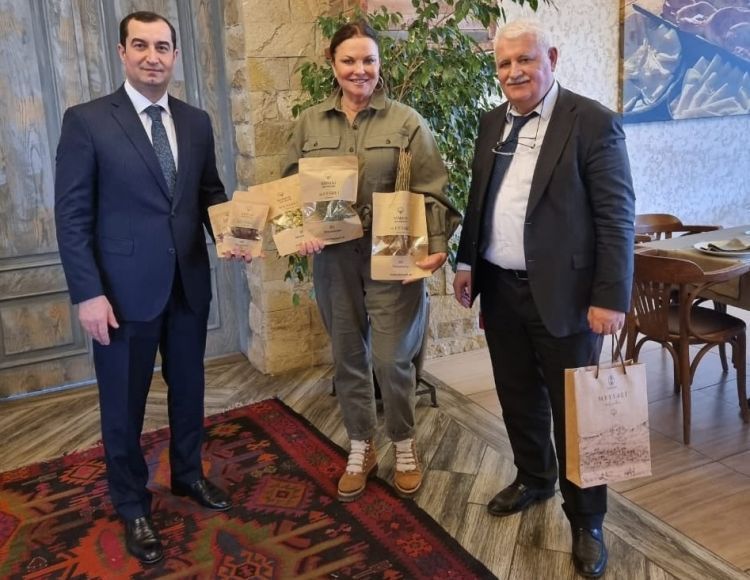 U.Mirzayev noted that the “Roots of Peace” organization operates in the main countries of the world experiencing the problem of landmines.

“From the Kosovo problem to Afghanistan, very serious projects are being implemented in these countries. In recent years, projects in Afghanistan alone have attracted more than $ 1.4 billion in investment in the Afghan economy. Heidi Kuhn has an unparalleled activity that is exemplary for each of us. I think that great activities are expected in Azerbaijan in the future. One of the first places she visited when she came to Azerbaijan was ANAMA, where she got acquainted with the activities of the Agency.

Heidi Kuhn, the founder of the Roots of Peace organisation, then spoke. She noted that she was very proud to be a guest at the invitation of the IEPF and with the support of ANAMA.

“Indeed, we are taking a big initiative to clear the area of mines and turn them into vineyards. To date, we have cleared more than 60 million mines in more than 60 countries. In general, I have been to many mined areas so far.

I visited Karabakh with Vugar Suleymanov, Chairman of the Board of the Azerbaijan Mine Action Agency (ANAMA), Umud Mirzayev, President of the IEPF, and Sultan Hajiyev, an employee of the Presidential Administration. While there, I traveled miles and miles in unfamiliar areas. Indeed, there was a very brave and large mine action team.” 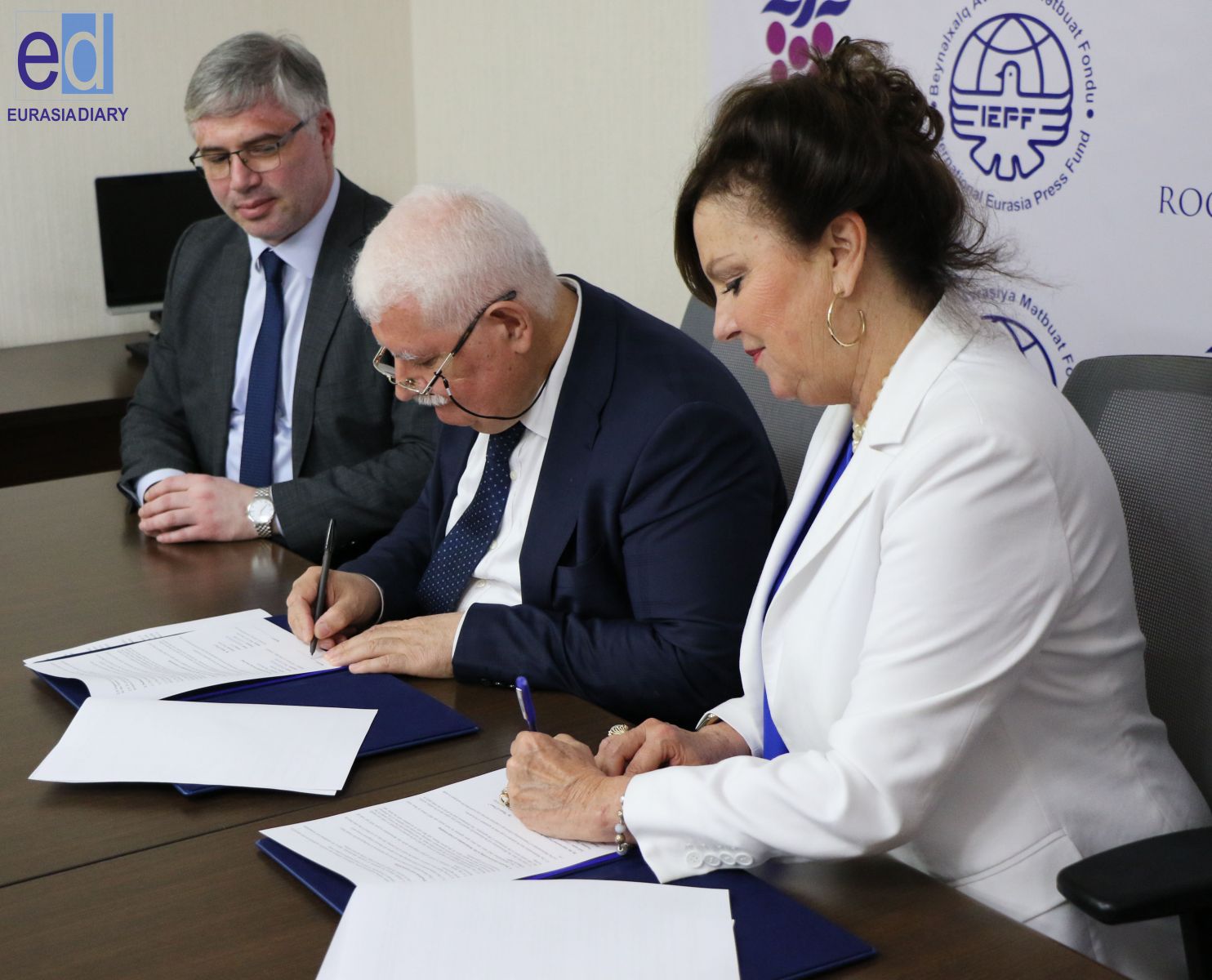 Heidi also brought to the attention of journalists some nuances related to the visit to Karabakh.

“We first visited the Chayli village of Tartar region.”

She noted that together with the chairman of ANAMA Vugar Suleymanov and IEPF President Umud Mirzayev, they detonated 8 mines and planted trees instead.

“We were informed about the danger of mines and unexploded ordnance in the areas where military operations were carried out. Then the process of demining was demonstrated. I note that we not only detonated mines, but also planted seeds of 4 trees. This was possible only by planting grape trees there to establish peace with Azerbaijan. The explosive I mentioned is an explosive discovered by the world famous Nobel brothers, but with it we detonated mines and we are already carrying out the Roots of Peace mission. Then we visited Agdam and we got acquainted with the operations carried out there.

Heidi Kuhn took the opportunity to thank the ANAMA team. 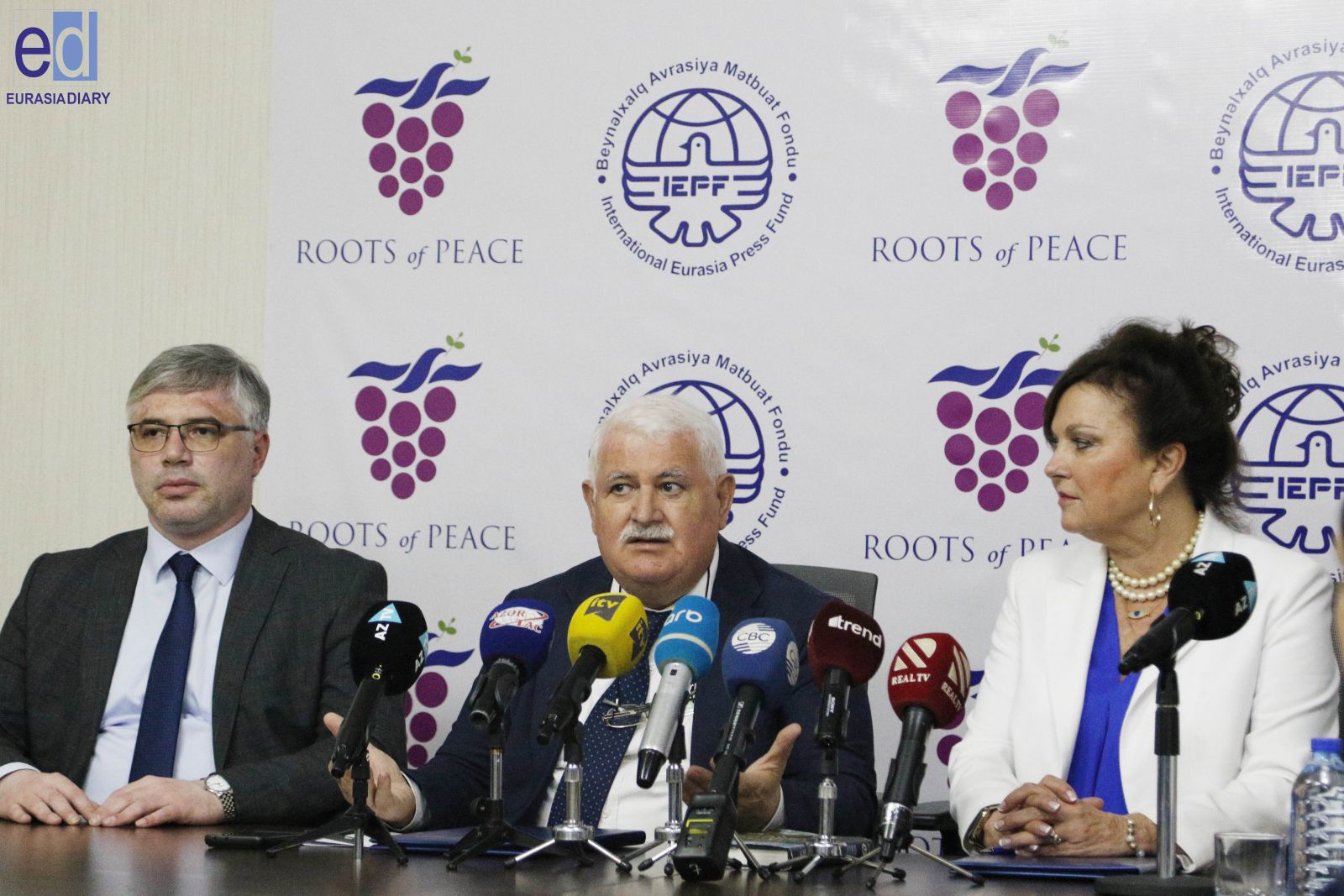 “I would not be here today without Umud Mirayev’s invitation. As his name suggests, we hope that this cooperation will go even further in the future.

Participating in the press conference, Deputy Chairman of the Azerbaijan Mine Action Agency Samir Poladov also shared his views with the guests and media representatives.

“Of course, security measures were taken by ANAMA at that time. Heidi Kuhn’s view was very impressive. She witnessed 100 km of mined areas and destructions in those areas.

According to Samir Poladov, no restoration work can be done on black soil without clearing mines. The organization, founded by Heidi Kuhn, has also implemented a number of projects under the slogan “Let’s move mines to vines.” Today she is in Azerbaijan. We are very grateful to her for this initiative. We hope that this cooperation and alliance will continue for many years. This project will be implemented in real areas. That is why today’s memorandum of understanding is of special importance.”

Heidi Kuhn then answered journalists’ questions. At the end of the meeting, a Memorandum of Understanding was signed between the Roots of Peace and the International Eurasia Press Fund.