Most of PTV Channels are running in loss, Fawad Chaudhry tells NA

ISLAMABAD, Pakistan: The Minister for Information and Broadcasting Fawad Chaudhry has told the National Assembly that most of the TV Channels of Pakistan Television Corporation (PTV) are running in loss.

Providing details of losses of the PTV Channels in 2017-18 via a written reply on Friday, the minister told that House that in the aforesaid year, the total income of PTV Channels including PTV Home, PTV News, PTV National, PTV Global, PTV Sports and PTV World through TV free remained Rs 7398.358 million whereas through commercial and other activities it remained Rs 1792.972 million.

While the total expenditures of these Channels during the period have been recorded as Rs 9626.780 million, Fawad Chaudhry said. 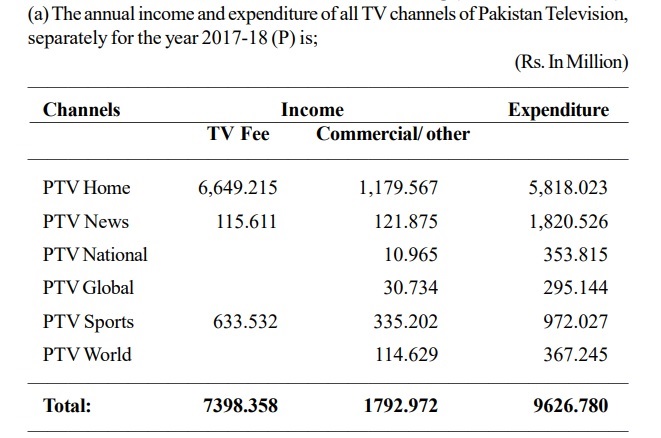 However, he added that the incumbent management is striving hard to make PTV a profitable organization by increasing its revenue and cutting the cost.

The information minister also told the House that re-shaping of present TV Channels of PTV may also come under consideration.

Fawad Chaudhry said that being a State Broadcaster, the expansion of PTV Channels is a prerogative of the government of Pakistan.

The minister also submitted the details about the annual profit gained and loss sustained by the Pakistan Television during the last 10 years. 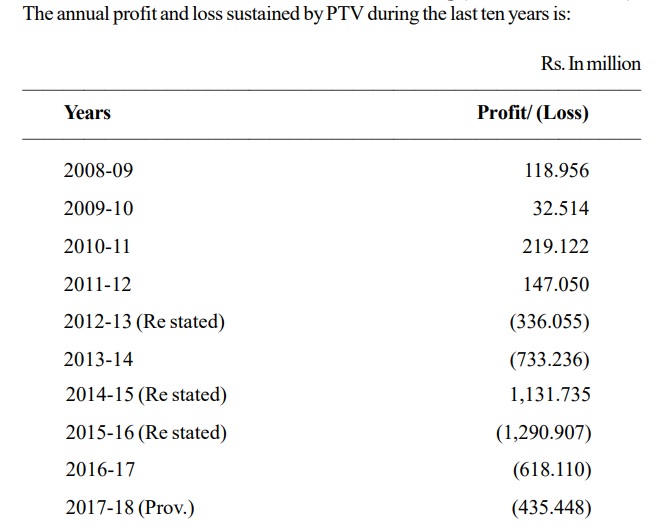 In reply to another question, Fawad Chaudhry said that Rs 35 per month television license fee is a government tax/levy and it is charged from consumers through electricity bills for the possession of a TV set.

Mati
Mati-Ullah is the Online Editor For DND. He is the real man to handle the team around the Country and get news from them and provide to you instantly.
Share
Facebook
Twitter
Pinterest
WhatsApp
Previous articleJoint Russian-Indian Air Exercise Aviaindra 2018 Continues in Jodhpur
Next articlePTDC Motels located in Gilgit Baltistan