The Climate Change Ministry Media focal person Muhammad Saleem told media that it was brought to the notice of the Prime Minister’s Advisor Malik Amin Aslam that illegal construction activities for expansion of the Monal restaurant were gonging on for a few days and initiated by the management of the restaurant, which led to a significant loss of tree cover and land degradation in its vicinity. 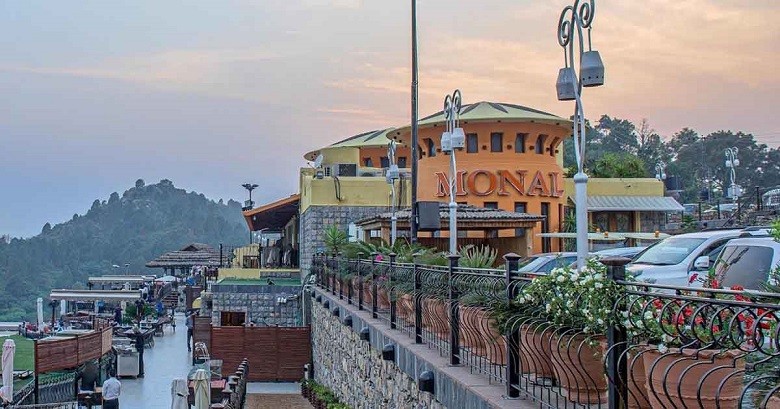 “Taking serious notice of the illegal construction activities and tree cutting, the advisor Malik Amin Aslam on Tuesday directed the Pak-EPA Islamabad to take legal action against the culprits,” he told media.

Later, Pak-EPA Islamabad and the Chief Commissioner Islamabad Office moved together and sealed off the Monal restaurant and lodged FIR against the culprits at the Islamabad Secretariat Police Station, the media focal person Muhammad Saleem said further.

The same was shared with the Chief Commissioner ICT by the Pak-EPA and the Ministry of Climate Change (MoCC) to take immediate action.

Resultantly, the District Administration conducted the raid on 18-05-2020 evening and it was observed that images of destruction activities appeared in social media were authentic and genuine in nature.

During the raid, two persons namely Muhammad Sagheer and Muhammad Naeem were arrested on the spot, and FIR NO 224/20 has also been lodged in Police Station Kohsar, F/7, Islamabad, the media focal person added.

Muhammad Saleem further said that simultaneously, a case was fixed in the larger Bench of the Honorable Supreme Court of Pakistan regarding the stone crusher and protection of the MHNP, the instant matter has also been discussed by the Honorable Court and order is being issued including immediate stoppage of the all construction activities in the MHNP extended in Punjab and Khyber Pakhtunkhwa including all types of hotels, rental residential construction.

However, the order copy is awaited.

It is pertinent to mention that the Pak-EPA also took action about these restaurants in MHNP as all have been constructed without any environmental approval and causing damages to eco-system and increasing load pollution in the vicinity.

He informed that the Prime Minister’s Advisor Malik Amin Aslam along with the climate change ministry’s high officials will visit the damaged site tomorrow on Wednesday and take stock of the damage caused to the land and trees.

The ministry’s media focal person also added that tree plantation activities will also be carried out by him in support of the local forest officials at the damaged site for its rehabilitation.

It is pertinent to mention that the Pak-EPA also took action about these restaurants in MHNP as all have been constructed without any environmental approval and causing damages to eco-system and increasing load pollution in the vicinity, according to the climate change ministry official.

Margalla Hills National Park (MHNP) falls under the jurisdiction of Islamabad Capital Territory (ICT) and also extended into Khyber Pakhtunkhwa and Punjab as per notification of April 1978.

Few parts of the said MHNP are also located in Shakarparian and Rawal Lake area within ICT.

The MHNP has been declared as a protected National Park and no major construction activity causing damage to the environment, ecosystem, and flora & fauna of MHNP is allowed. In the year 2005, a restaurant named Monal was allowed construction by the Capital Development Authority (CDA).

Later on, few other restaurants including Lamontana, Gloria Jeans, Whispering Pines (located in KPK), and some other recreational activities spots were constructed in the MHNP in KPK area as well.

Mati
Mati-Ullah is the Online Editor For DND. He is the real man to handle the team around the Country and get news from them and provide to you instantly.
Share
Facebook
Twitter
Pinterest
WhatsApp
Previous articleJazz Monthly Internet Packages 2020 – Latest Offers
Next articleSpecial flight brings home Pakistani Students from Wuhan