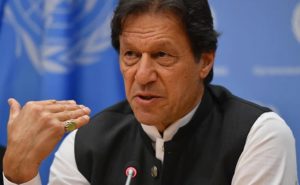 In a tweet on Wednesday, Imran Khan said that India has endangered Bangladesh through the Citizenship Act, engaged in border disputes with Nepal & China, & threatened Pakistan with false flag operation.

The prime minister said that all this occurred after the illegal annexation of Indian Occupied Jammu & Kashmir (IOJ&K), a war crime under the 4th Geneva Convention, & laying claim to Azad Jammu and Kashmir (AJK).

“I have always maintained the fascist Modi government is not only a threat to India’s minorities by relegating them to second class citizens’ status but also a threat to regional peace,” he tweeted.


It also echoed his commitment to challenge and combat ethnonationalism and all forms of intolerances that are rising in the post-COVID scenario.

The OIC-IPHRC reiterated that instances of Islamophobia are volatile of human rights law, undermine multiculturalism, and pose a threat to international peace and security.

It supported the focused consistent and system-wide collective OIC and United Nations approaches to counter Islamophobia.