There has been an increase in the prices of cars manufactured in Pakistan since January 2018.

Increase made in prices of locally manufactured cars since January 2018 with date wise breakup is as follows;

It is worth noting that the above data has been submitted in the Senate by the Minister for Industries and Production.

The Minister for Industries and Production also dismissed the impression that prices of cars being manufactured in Pakistan are higher than the other regional countries. 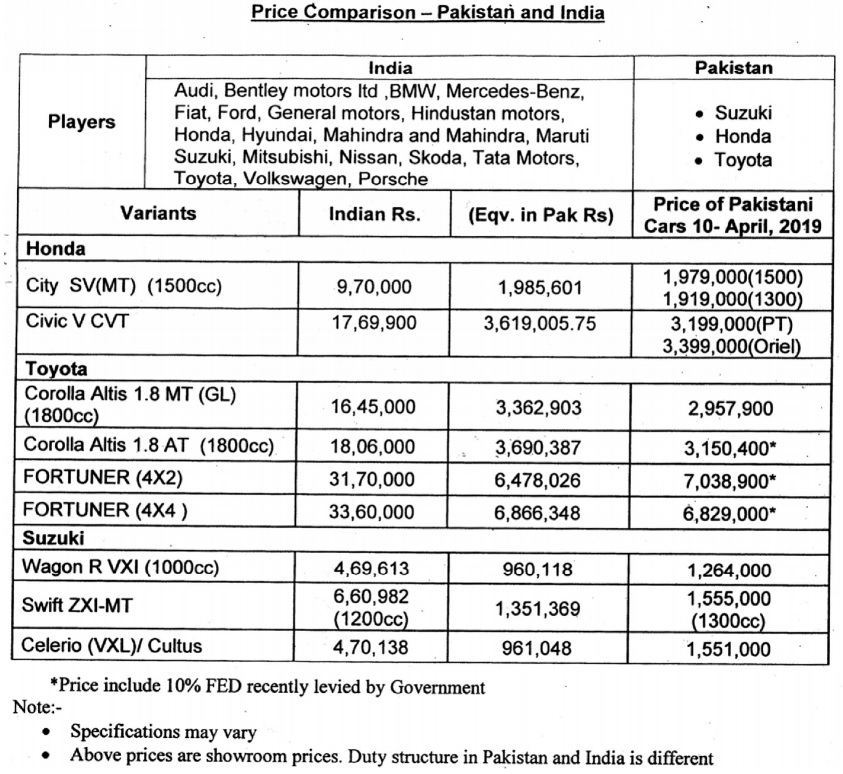 The Senate was further told by the minister said that prices are governed by Market mechanism. The minister told that as such the government is not involved in regulating the prices.

In addition, the Minister for Industries and Production further apprised the House that the sale of the cars has declined during first eight months of the Fiscal Year (FY) 2018-19.

The sales declined due to following reasons:

However, the minister told that the federal government has taken following steps to increase the sale of those cars;

Mati
Mati-Ullah is the Online Editor For DND. He is the real man to handle the team around the Country and get news from them and provide to you instantly.
Share
Facebook
Twitter
Pinterest
WhatsApp
Previous articleDushanbe ready to celebrate 74th anniversary of the Victory in the Great Patriotic War
Next articleDr Shireen Mazari underlines developing community of powers to counter US sanctions