Mob Violence in the name of religion must end: CSJ

LAHORE, Pakistan: The Centre for Social Justice (CSJ) and the Peoples Commission for Minorities Rights (PCMR) have expressed grave concerns over the increased tendency of mob violence in the name of religion, and have strongly condemned the extra-judicial killing of at least 85 persons (1986-2022) since the promulgation of strict blasphemy laws introduced during the Zia period.

The speakers at a seminar on “Let religion not justify violence” urged the political actors and religious leaders to go beyond the ceremonial condemnation, and take action against the actors involved in hate crimes and provoking people to take the law into their hands.

The participants emphasized the need for a National Action Plan to counter religious extremism and intolerance.

They demanded the government to initiate informed and serious debate in the legislative assemblies to adopt substantial measures to prevent the misuse of blasphemy laws and put an end to extra-judicial killings and mob violence. The government needs to come out the state of denial with regards to hate crimes and violence in the name of religion and dismantle the infrastructure of religion based intolerance. Review and strengthen the NAP for the counter terrorism 2014. Reassess and strengthen the Paigham-e-Pakistan initiative including the civil society and media and strengthen the human rights protection systems. Hold a genuine dialogue on the issues of religious intolerance based on factual data involve all stakeholders. 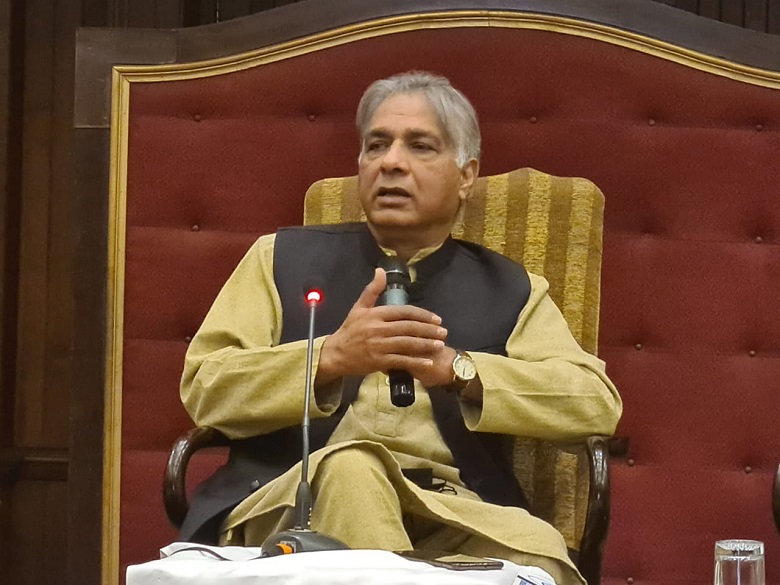 The Executive Director of the Centre for Social Justice Peter Jacob said that lynching of suspected criminals at the hands of crowds, big and small, has lately become frequent an occurrence in Pakistan. Mob killings over accusations of blasphemy — a crime that can carry the death sentence — have been frequent in Pakistan. It is often assumed that these incidents involve gruesome acts of violence, yet sometimes these incidents are engineered and deliberate.

He further said that mob lynching covers the crime. Complicated by inefficient police response and an ineffective criminal justice system that provide impunity to the perpetrators.

While, presenting the following data of religion based violence during 2021 he said that at least 84 persons had been accused under the blasphemy laws. Three persons were extrajudicial killed including the lynching of Mr. Priyanka Kumara in Sialkot.

In 2020, the highest number of reported cases was against Shia Muslims (140 out of 209) in the districts of Chakwal and Chiniot, which are the strongholds of two sectarian organizations, while the highest number was recorded in Sheikhupura (13) in 2021 followed by Lahore (11) and Kasur (10), all districts of Northern Punjab. Over 80% incidence during 2021 had surfaced in Punjab province.

During 2021, the highest number of victims (45) belonged to Muslim faith identity followed by Ahmadis (25) while seven each were from Hindu and Christian communities. However, the minorities were affected by the abuse (over 46%) more than their share in the population which is 3.5%.

The qualitative indicators such as; the harassment of entire minority settlements, for instance, attack on a Hindu temple at Bhong, Punjab in August 2021 manifest the severe repercussions of allegations against the minority population in particular.

The number of incidents surged once again in 2021 to at least 78 reported cases which should be treated as forced or questionable conversions, according to the working definition adopted by the 11 CSJ. Hence, the year under review saw an upsurge of 80% as compared to 2020 and 50% as compared to 2019.

78 cases, the involuntary and forced conversions included 39 Hindu, 38 Christian, and one Sikh girls/ women were reported in 2021.

40 cases were reported in Sindh, and 36 in Punjab, while one case each was reported in Khyber Pakhtunkhwa and Balochistan.