LAHORE, Pakistan: As properties belonging to minorities are being subjected to illegal occupation and transfers, etc while some policy measures, legislation, and litigations are in process, the senior minority stakeholders held deliberations on the issue of the protection of communal properties in a round table conference.

The conference held under the auspices of the Center for Social Justice (CSJ) was joined by human rights experts, senior Minorities religious leadership, lawyers, and in-person and online.

In March 2021, in the backdrop of complaints, the Supreme Court of Pakistan directed a forensic audit of the communal properties managed by the Evacuee Trust Property Board that originally belonged to Hindus and Sikh communities. The Supreme Court directed the Auditor General of Pakistan to complete the audit in six months (till September 2021).

On the other hand, the National Assembly passed a bill on 26 June 2021 seeking to amend the Protection of Communal Properties Act 2001, which is under process in the Senate of Pakistan.

The Christian activists are skeptical that the proposed amendments will open doors for fraudulent sale and purchase of Christian communal properties. Hence the Christians will be deprived of valuable assets, history, and legacy associated with these institutions. 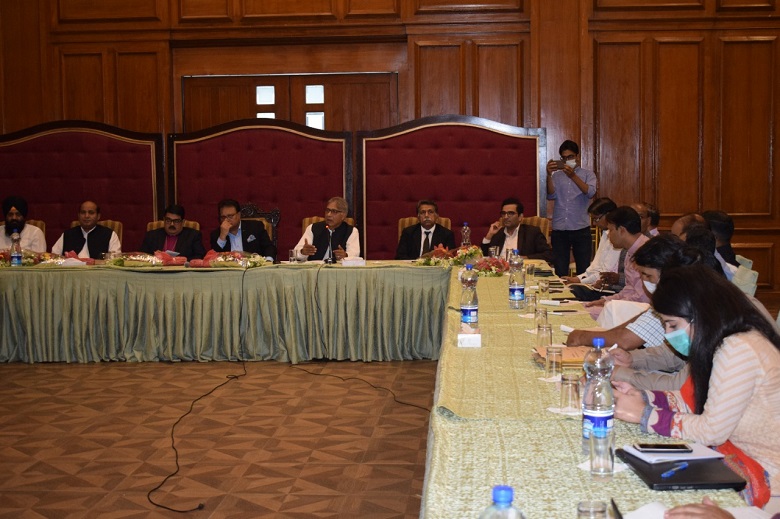 Peter Jacob, Director Centre for Social Justice regretted that the places of worship belonging to minorities come under attack on a routine basis therefore the government has to spend billions of rupees taxpayer’s money on rehabilitation of victims and properties there needs to be a deeper introspection about the causes and circumstances involving these attacks.

“While these incidents cause tremendous human suffering and social unrest, the incidents also bring the country a bad name,” he further said.

Dr. Yaqoob Khan Bangash, a well-known historian and educationist evaluated the situation of communal properties with reference of historical context. He emphasized the need to create a legal framework through which the community properties of minorities in Pakistan could be safeguarded both from internal corruption and the land mafia, and the government. These are social welfare properties therefore the politician cannot be allowed to make decisions about these properties. A mechanism where the churches and their organizations are empowered to take informed and legal decisions and be held accountable for these decisions is the best way forward.

Most Reverend Humphrey Peters, the Bishop of Peshawar discoes, Church of Pakistan and Bishop Leo Paul of Multan demanded that the Government honour protect the life, liberty and dignity of minorities which are the fundamental rights guaranteed in the Constitution of Pakistan particularly the protection of property under the Article 24.

Albert David, a member of the Minority Rights Commission, stated that the properties belonging to the church all over Pakistan are situated at prime locations carrying huge worth whereas these places are communal assets and sacred trusts. “I denounce the mafias operating on two sides, illegal sellers and buyers in strongest terms who continue to operate freely.”

He further suggested that there should be a complete ban over any sale of Christian or any communal properties. He also claimed that he has already conveyed his concerns regarding the bill to the Chairman of the Commission.

At the conclusion, a resolution was passed impressing upon the federal and provincial governments to; Recommendations;