Minal Khan and Ahsan Mohsin Ikram are always together. Wherever you look, wherever they go, they are always spotted together. While they haven’t revealed this in so many words, we do know that the couple is allegedly together and might even have an official engagement as well that the public is unaware of. In any case, one look at both of their Instagram accounts and you would know they are so smitten with each other. 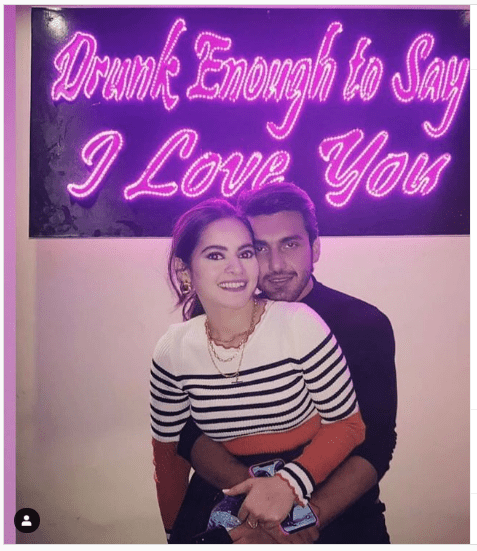 The duo doesn’t leave any chance to share their affection with each other, and this time again they have displayed another public cheesy attachment with each other.

Minal Khan recently posted a picture on Instagram where her caption led to this cheesy love banter between the two. While the comments might have been short-lived, it goes on to show the depth of chemistry there is between the two of them.

Not just this, but the instant communication and the comment that came from Ahsan as the reply to what Minal posted in the caption was definitely shrewd and on-point. Let’s not drag this any further and let me show you what I am talking about.

Minal recently posted a picture on Instagram where she was drinking her orange juice while enjoying the sun at the outdoor sitting (because of Corona) in Karachi. She captured the picture under the perfect sunlight with the glass of juice in her hand and captioned it as:

Here is the picture that she posted alongside this caption: 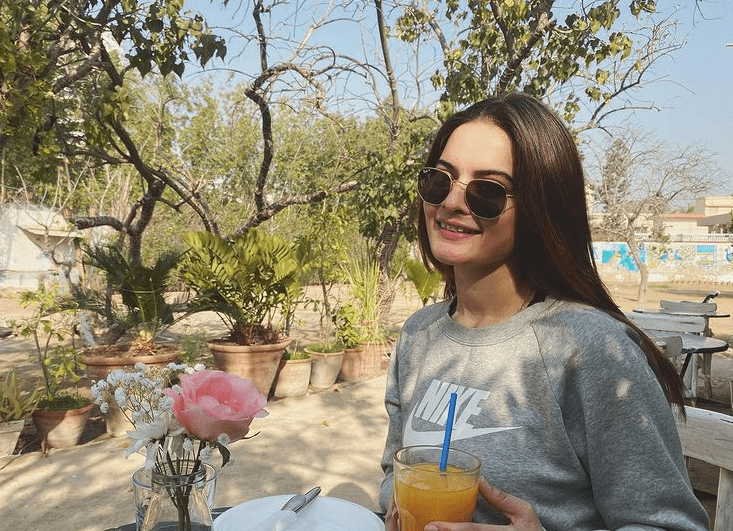 Just a little while after she posted this picture, Ahsan left this comment under it:

“& most importantly vitamin A 😜”

I am sure you can easily guess what the ‘Vitamin A’ here means. If you did not, it is simply implying how she has ‘A’hsan with her at all times and specifically here as well. To this, Minal went on to reply:

Here is the screenshot of the exchange that happened between the two as well:

How Did People React?

Like always, people were quick to notice how the couple was casually flirting on Minal Khan’s insta feed and flooded the comments section with one comment after another. And you can already guess, it was the mix of both good and bad.

In any case, I do find the exchange cute and wish the two to stay together always!