RAWALPINDI, Pakistan: An armed person allegedly with mental disability killed his father-in-law and injured a policeman on Saturday while he was holding his family hostage in Morgah area of Rawalpindi. However later the police arrested the person.

Police sources said that around 30 years of age Abdul Raheem, who was also a drug addict, had been holding his family hostage since last night. They said that around 20 people remained trapped in the two-storey house while a child succeeded to run way from the hostage house on Saturday morning.

Meanwhile, the man also resorted to firing which left his 50-year old father-in-law dead and a 36-year old policeman injured who had arrived along with other police personnel to rescue the trapped family. 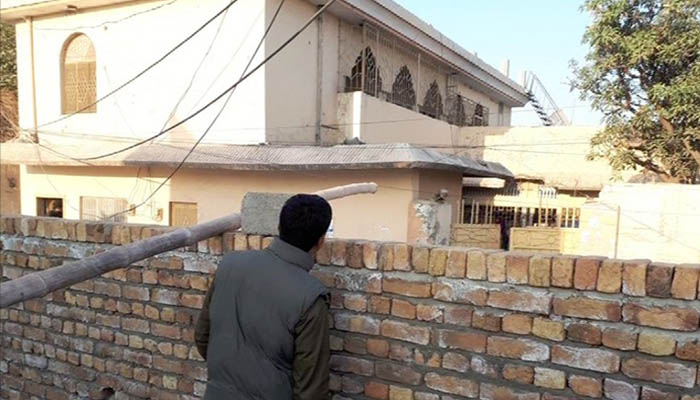 The City Police Officer (CPO) Israr Abbasi also reached the area. Later, the police arrested Abdul Raheem while he was injured, and was subsequently shifted to a hospital.


Sources said that the mentally disabled person also attempted to commit suicide yesterday. They further said that families of three brothers lived in the hostage house.

His brother-in-law told media that Abdul Raheel earned through construction work but recently he also lost his construction machine in gambling.