Mehwish Hayat Responds To The Claims!

Mehwish Hayat has recently become a target of baseless rumormongering by the Indian media. The sick Indian media famous for spreading hatred and useless rumors against Pakistani actors and actresses are at it once again. This time around, their unannounced yet equally disturbing source has claimed that Mehwish Hayat is allegedly the girlfriend of famous gangster Dawood Ibrahim, and we all know how false the reality is! 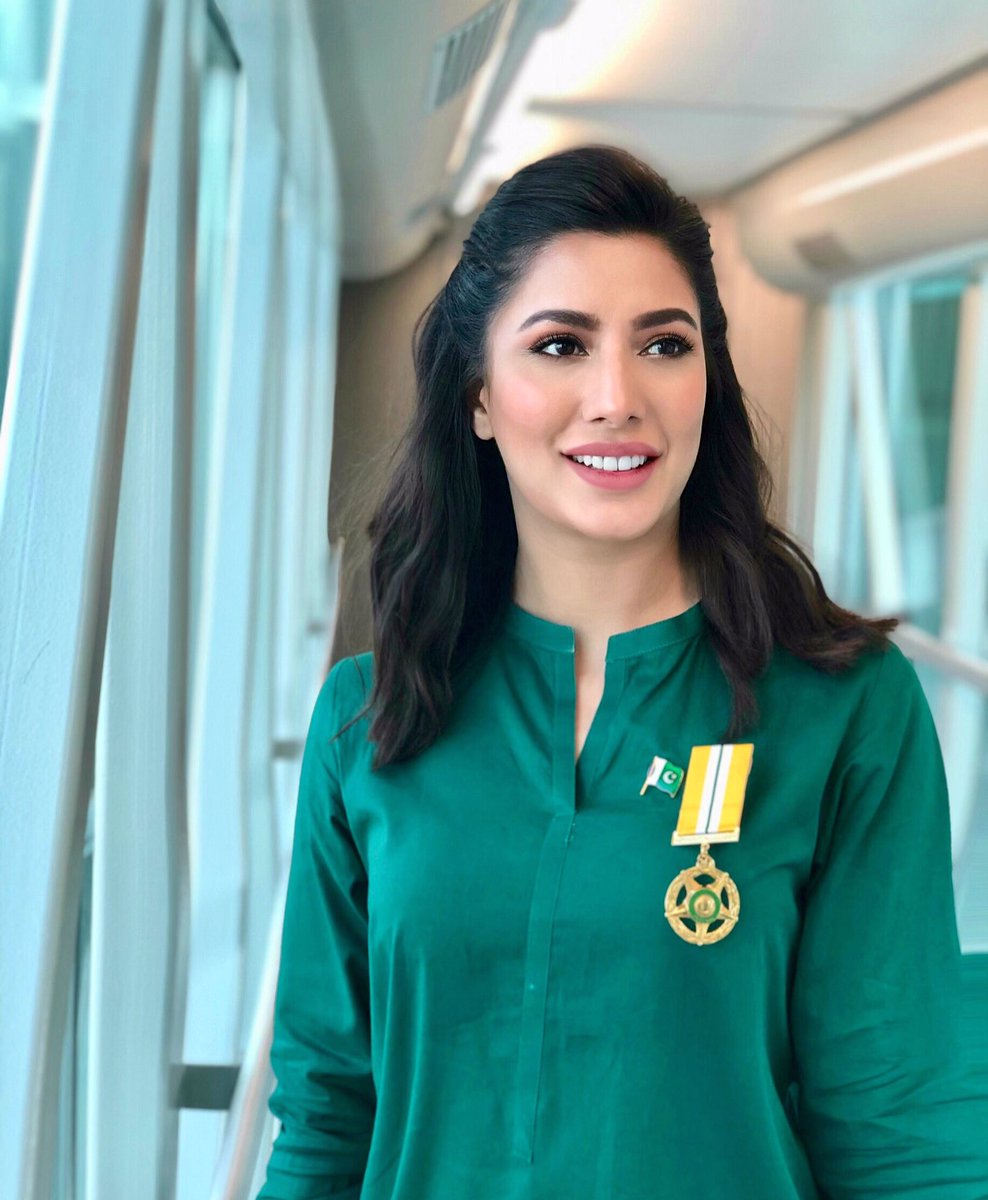 Mehwish herself is no stranger to controversies. From her item song to the appearance in dance videos and her stance on women’s rights, she has been the center of storms previously too. When the actress won Tamgha-i-Imtiaz many voices claimed that she got it because of her connections with the film industry. However, she has been the only actress till yet who never had any linkup in terms of romantic relationships till yet.

Now a fake Indian media report has alleged that she has a romantic connection with Dawood Ibrahim. According to reports by Zee News and DNA, the gangster purportedly took interest in the actress a few years ago when he saw her in an item song. The same report also puts forth a trash claim that the gangster has funded several of her films so she can get the role. The trolls are also claiming that he is the reason she received Tamgha-i-Imtiaz too.

Who Is The Source Of The Leak? 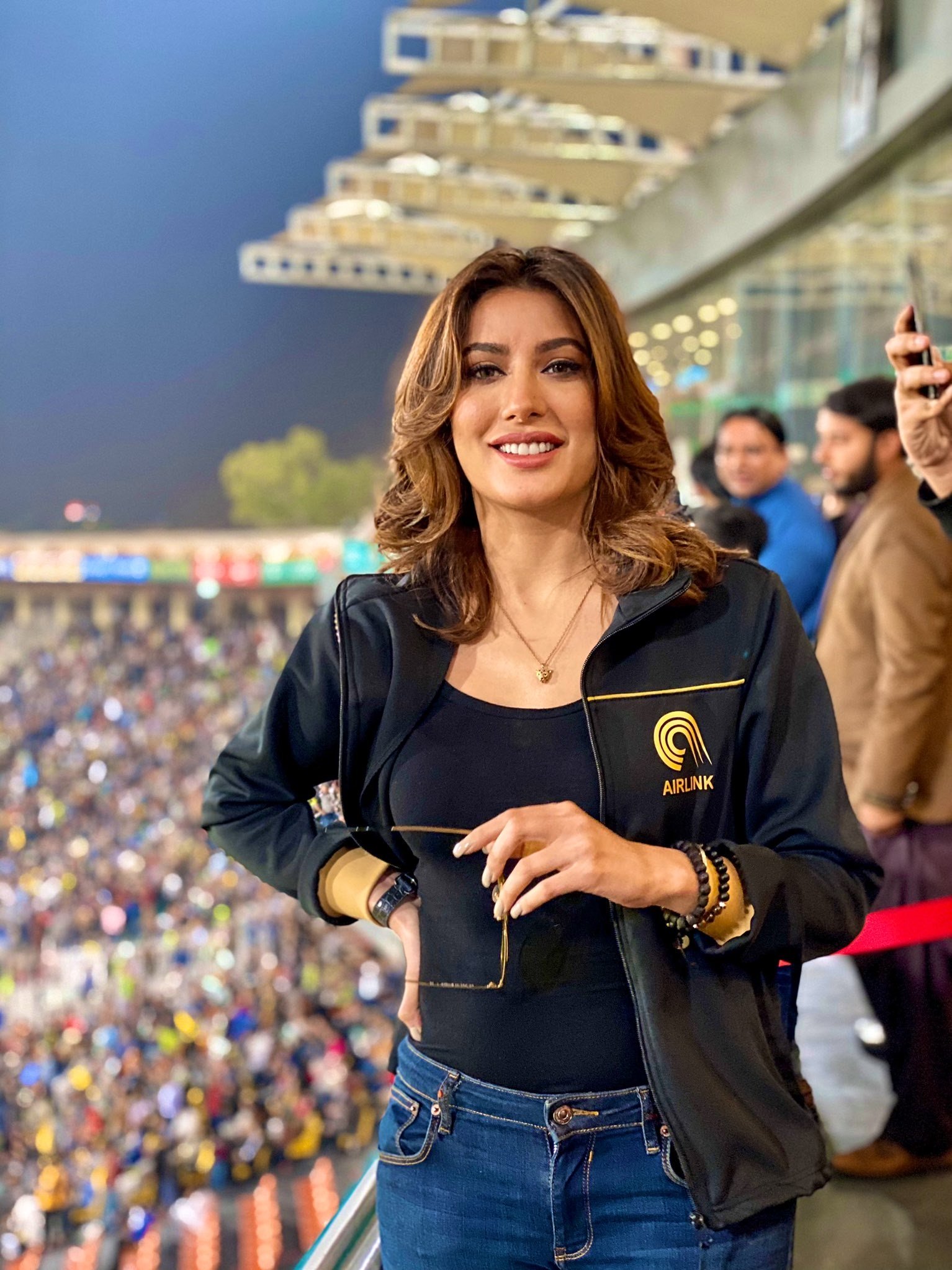 This information being dubbed as the leak has allegedly come from a source close to Dawood Ibrahim, as reported by Indian media. However, other than this claim, there is absolutely no evidence or logical linkup to the connection between Pakistani actress and the Indian gangster.

We all know India is famous for cooking up fake stories against Pakistan and its popular personalities. Moreover, the Indian media has also claimed that the sources close to Hayat have also reported the same. But we do know that India with its sick mentality can make up and conjure anything that has no connection to reality.

How Has Mehwish Reacted To The Situation? 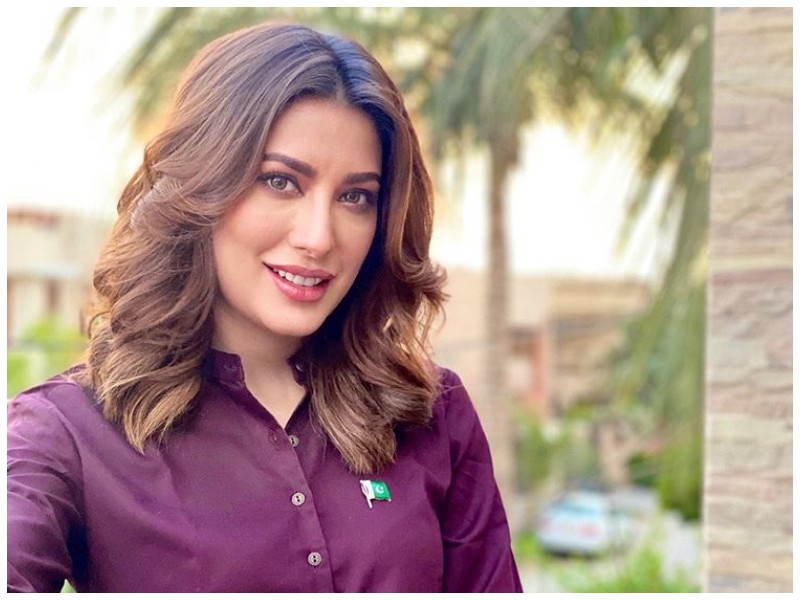 In her recent Instagram post, Hayat shared the pictures taken from her Twitter thread of two tweets. The actress has said that she won’t be providing any fodder to the rumors. She said that the kind of “gutter journalism” India is doing won’t shut her up and she will “continue to highlight their atrocities in Kashmir and to call out Bollywood for its hypocrisy”.

She also said that if they do want to link her up with someone, next time she would like to be paired with Leonardo Di Caprio. Here is what she shared: 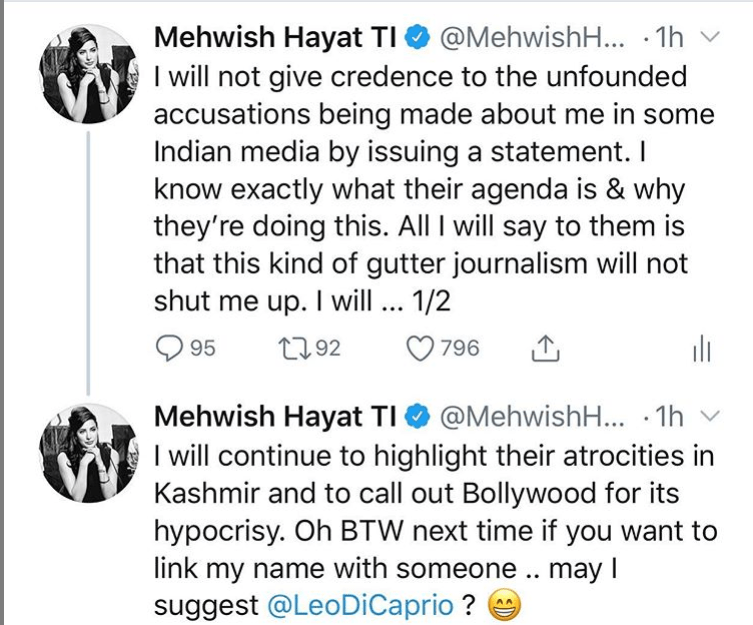 The link to her Instagram post where the comments are filled with the useless remarks from Indians themselves:

I will not give credence to the unfounded accusations being made about me in some Indian media by issuing a statement. I know exactly what their agenda is and why they are doing this. All I will say to them is that this kind of gutter journalism will not shut me up. I will continue to highlight their atrocities in Kashmir and to call out Bollywood for its hypocrisy. Oh BTW next time if you want to link my name with someone may I suggest @leonardodicaprio ? 😁 #MehwishHayat #LeonardoDicaprio #Kashmir #iwillnotstopfighting 👊🏻 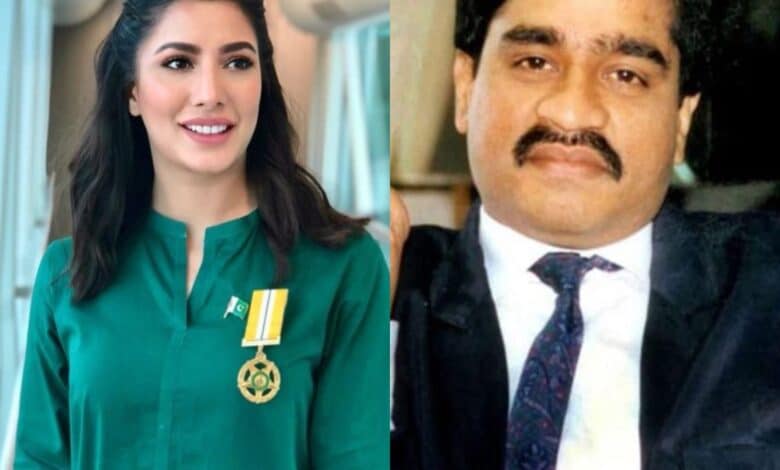 According to the same Indian sources, Zee News has reported that Dawood Ibrahim has express “displeasure” after this relationship with the Billi actress was exposed. Since we still have a working brain in our head, we will take this news with as much of a pinch of salt as we have taken the entire rumor.