PESHAWAR: In order to stop the government employees working as journalists, the Khyber Pakhtunkhwa (KP) government has warned the Press Clubs and Union of Journalists of disciplinary actions involved in granting membership in violation of government rules.

A letter reads, “I am directed to refer to complaint No.KP300420-7830563 registered on Pakistan Citizen Portal regarding government employees working as journalists in different districts.”

It was stated, “It has been pointed out by different agencies time and again that some government employees working as journalists have been given the membership of the press clubs and union of journalists in some districts, which is a violation of government rules and is liable for taking disciplinary action.”

Therefore you are requested to send the membership lists of your respective press clubs and Union of journalists clearly mentioning the profession and names of journalists of respective newspaper/electronic media, they are attached with, it added.

In case of non-obedience of the order, the DG warned that no grant in aid and medical assistance would be given to Press Clubs and Union of Journalists found involved in granting membership to any government employees. 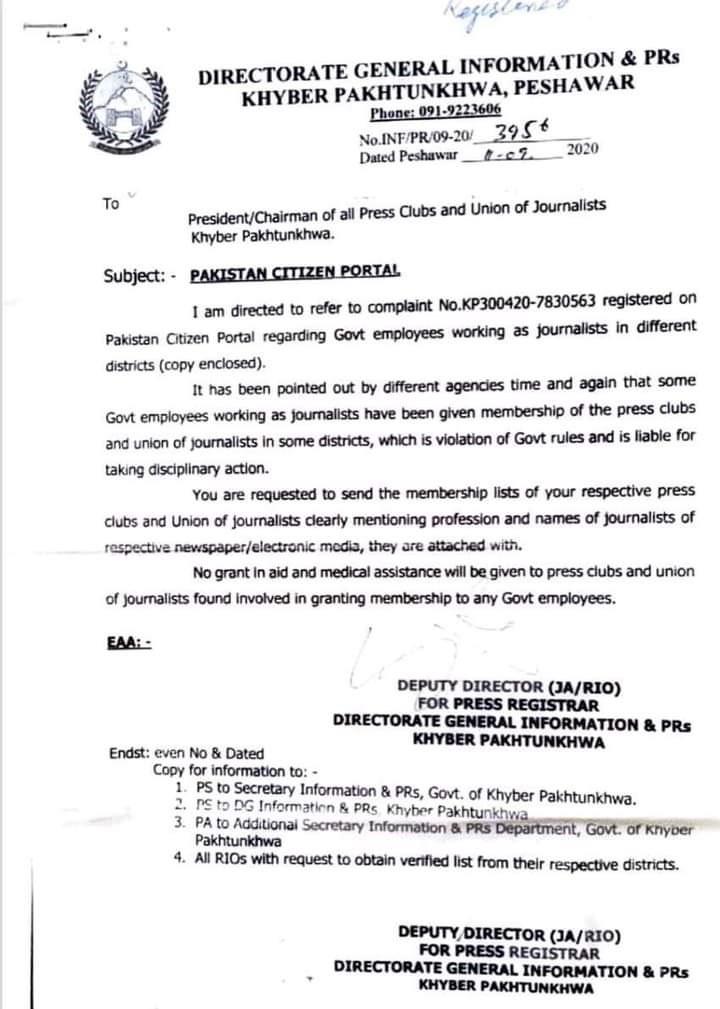 Mati
Mati-Ullah is the Online Editor For DND. He is the real man to handle the team around the Country and get news from them and provide to you instantly.
Share
Facebook
Twitter
Pinterest
WhatsApp
Previous articlePakistan protests with India over continued ceasefire violations
Next articleBS Computer Sciences Exams of AIOU to start from Oct 5