Women RightsMedia can be an effective tool to break biases against women
Women Rights
By Mati Ullah
March 8, 2022

ISLAMABAD, Pakistan: The Population Council with the support of UNFPA marked the International Women’s Day by holding a media briefing in Islamabad on Tuesday.

Following the theme of International Women’s Day 2022, #BreakTheBias, the media personnel were apprised of how socio-cultural biases affect the reproductive health rights of women and aggravate practices like child marriage. 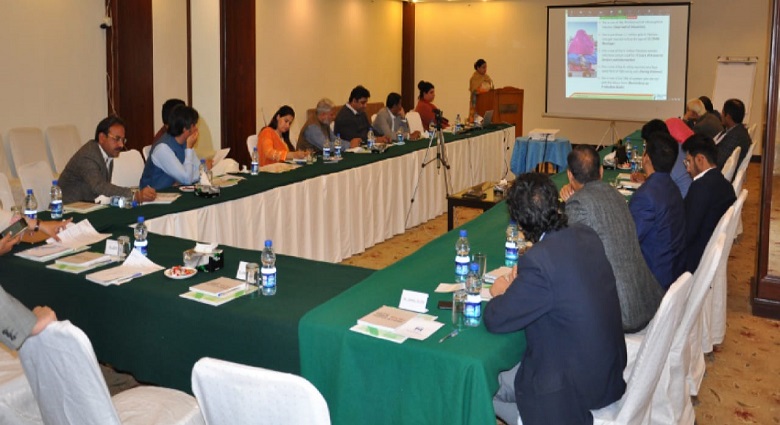 In his welcome remarks, Dr. Ali Mir, Senior Director Programmes, Population Council said, “Media can be an effective tool to break the biases against women and to promote family planning as a socially and religiously acceptable practice. It can provide information on the issues like how child marriage compromises women’s health prosperity and empowerment. He encouraged representatives of leading national and provincial media outlets to work for ending biases and discrimination against women.

Pakistan is among the countries with highest maternal mortality rate in the world and around 11000 mothers die annually due to pregnancy related complications. Moreover, 9 million girls have no access to education and more girls (37%) are out of school in the country than boys (27%).

Similarly, only 25% young women are part of the labour force as compared to 96% of men in the age group of 25–29. Child marriage is prevalent in various areas of the country and 18% girls get married before the age of 18. In addition to that, 8 million women face gender-based violence in one year in Pakistan.

Researcher and social activist, Ms. Fauzia Yazdani briefed the participants on determinants of child marriage and shed light on socio-economic factors of the practice. She informed that Pakistan is signatory of international conventions under which Pakistan is bound to stop underage marriages and protect the rights of the children.

Although national and provincial assemblies have also passed legislations to prevent practices like child marriage, yet 4% girls get married under the age of 15 years; and 18% under the age of 18 years. Poverty, food insecurity, health and economic expenditures of girls and lack of work opportunities in safe environment are the main drivers of child marriage.

According to the Pakistan Demographic Health Survey (2018-19), only 10% women can take decisions about their health in Pakistan, she added.

In his remarks, Programme Specialist of UNFPA, Dr. Jamil Ahmed said that mortality rate during pregnancy and childbirth in Pakistan is highest in the entire region and there is dire need to reduce it through advocacy, implementation of legislations and positive change in social behaviour.

“We have to expand our family planning programme by involving the private sector to eliminate maternal mortality and improve overall health indicators”, he added.

Real life stories of women were shared by Dr. Azra Ahsan, Senior Gynecologist and Obstetrician, as she highlighted the sufferings of women who could not seek healthcare due to low quality of service provision and frequent pregnancies.

Media coalition members resolved to work on raising awareness to end discrimination and biases against women.