President of United Arab Emirates (UAE) Sheikh Mohamed Bin Zayed Al Nahyan has conferred Order of the Union Medal on the Chief of Army Staff (COAS) General Qamar Javed Bajwa in recognition of his significant contributions for promotion of bilateral ties between Pakistan and UAE.

The medal was conferred upon the Army Chief when he called on the UAE’s president. 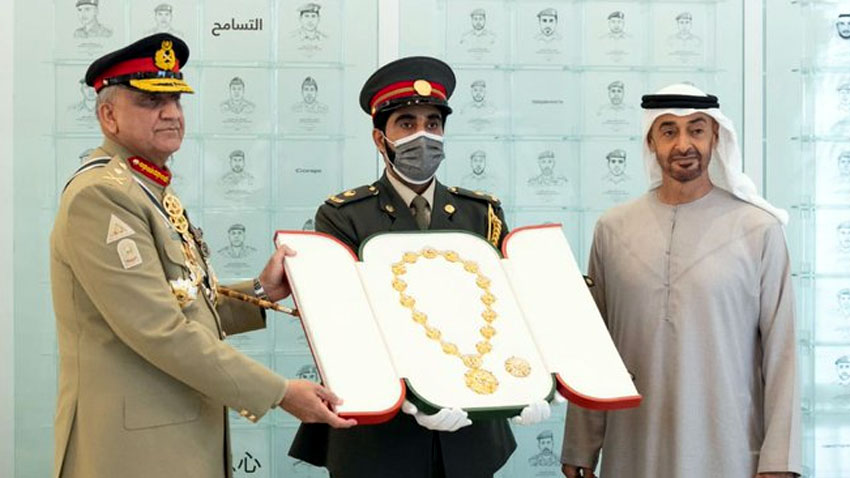 During the meeting, matters of mutual interest, bilateral defense and security cooperation and regional security situation also came under discussion.

The two leaders agreed that Pakistan and UAE share a great history of cordial relations and deep-rooted spirit of brotherhood which is transforming into an enduring partnership.

Order of the Union

Mati
Mati-Ullah is the Online Editor For DND. He is the real man to handle the team around the Country and get news from them and provide to you instantly.
Share
Facebook
Twitter
Pinterest
WhatsApp
Previous article14,000 Of Punjab Government Teachers Regularization
Next articlePM Shahbaz Sharif underscores Pakistan’s firm commitment to UN Charter