Everything You Should Know about Maya Ali

Maya Ali is known as one of the most talented actresses of Pakistan Showbiz Industry. Apart from her cute innocent smile, she has got guts to play with her expressions as per the requirement of any character in a drama. Although fans know much about Maya Ali, there is yet a lot to know about her, and for this purpose, here we have compiled details of everything interesting you should know about this talented actress of our industry. So here you go! 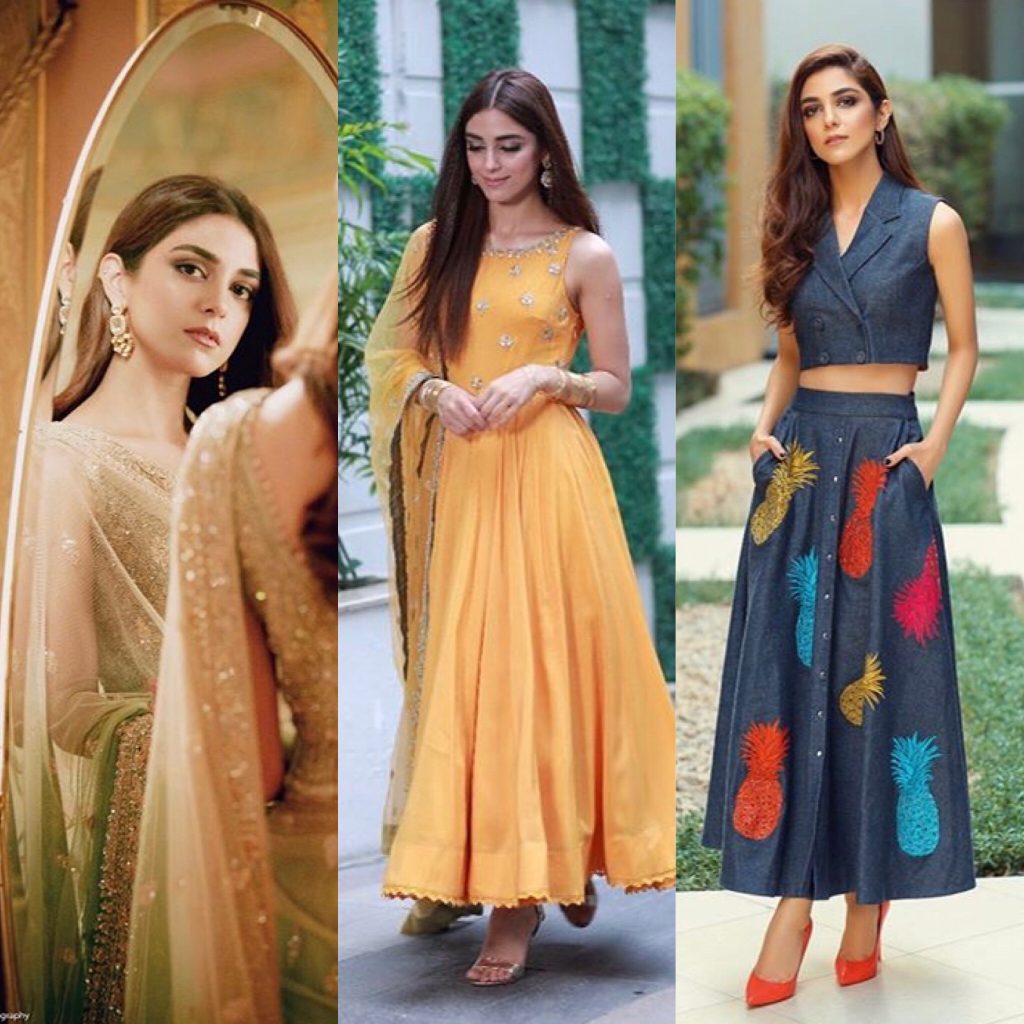 A very few people know that Maya Ali’s real name is Maryam Tanveer Ali. She is a Pakistani actress, model and VJ, mostly known for her roles in Pakistani television serials and film industry. Maya was born on 27th July 1989 in Lahore and she is 30 years old.

Maya completed her Masters in Mass Communication from Queen Mary College, Lahore. She then started as a VJ. Maya is interested in sports and has played Basketball, Cricket, Hockey, Tennis, and Badminton representing her school team. Maya Ali has stayed extraordinary compared to other players of the Basketball Team in her school. Maya Ali is a skilled lady who battles hard.

She can talk in three languages i.e. English, Urdu, and Punjabi. She participated in various recreational activities and won prizes. 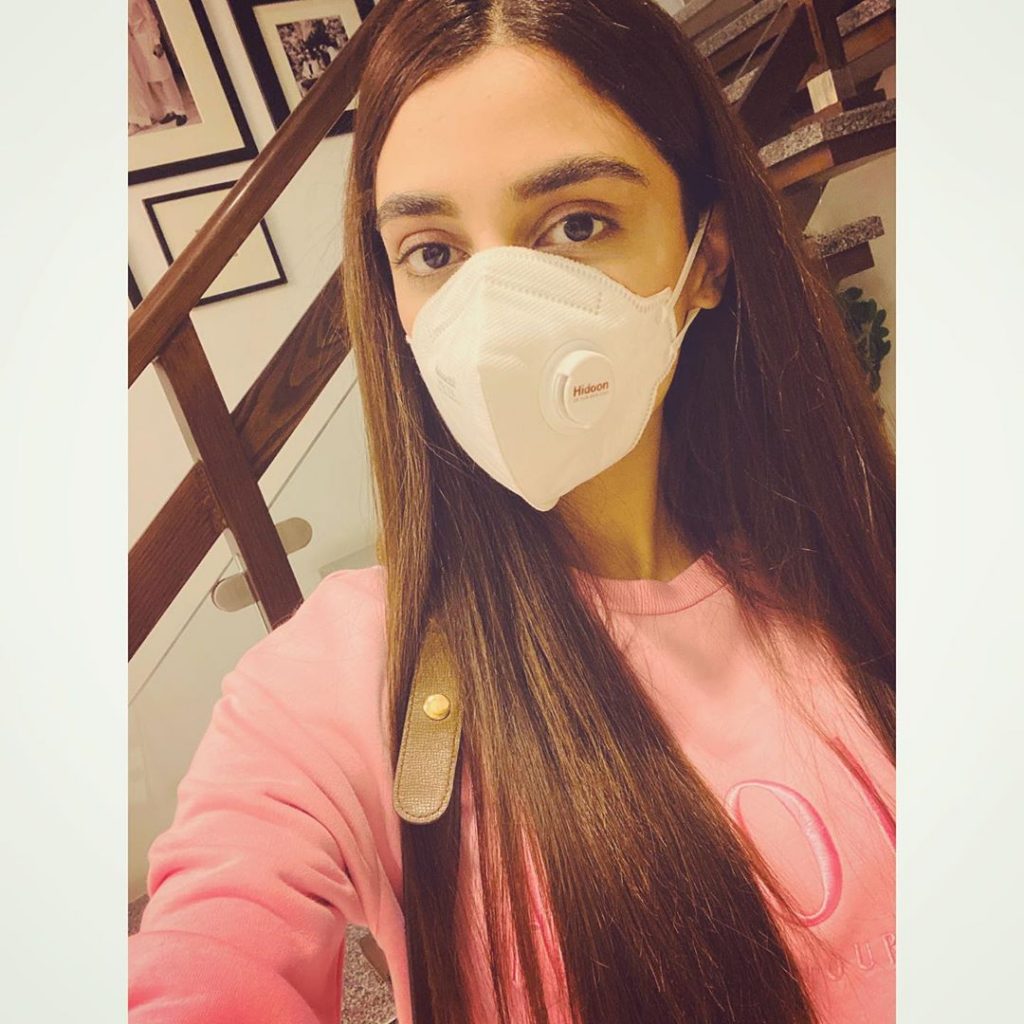 As per the details, Maya’s family lives in Lahore. She lost her father in November 2016, which made her have a tough time. She is the only sister and has 1 brother named Affnan. Her brother is married, and Maya has got a special place in her heart for her cute nephew and niece.

Maya has always considered her brother and parents the ultimate source of motivation all the way. In an interview on “Tonight with HSY”, Maya shared about her relationship with her father. She said that there wasn’t any support from her father’s side as he was against her career and due to this reason her father didn’t talk to her for a good long time. However, she has always posted her pictures with her mother and brother having friendly chemistry which made her achieve all that she has today. 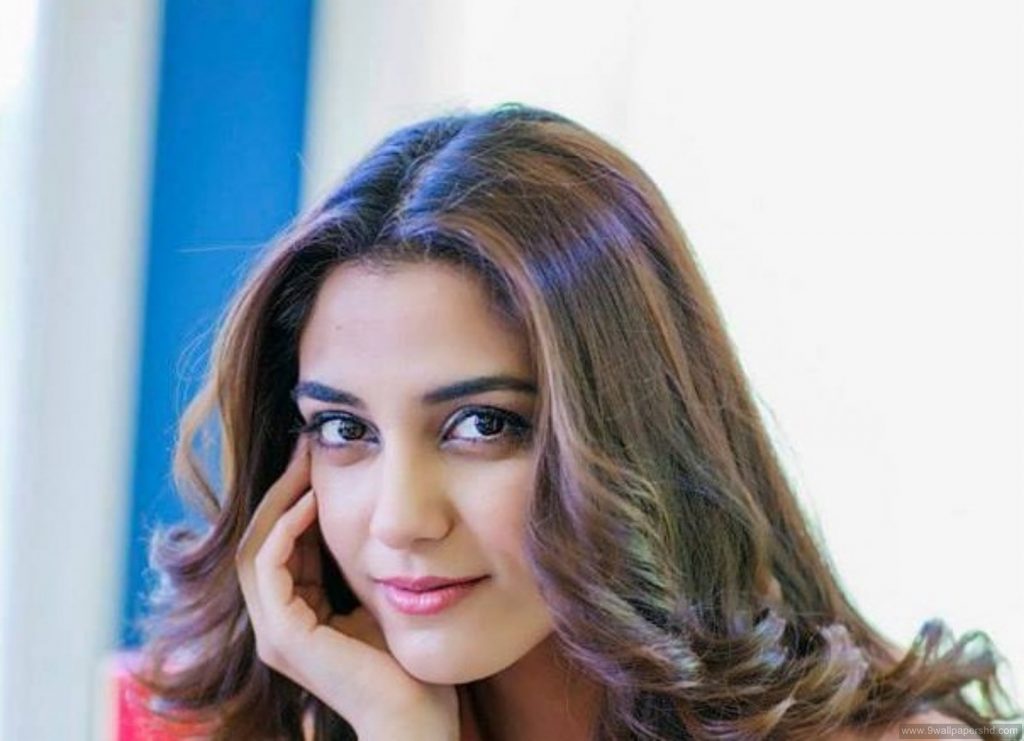 As far as Maya Ali’s career is concerned, she began this journey as VJ on various TV channels like Waqt News, Samaa TV and Dunya News. She made her on-screen debut with drama serial Durr-e-Shahwar (2012). She first appeared in drama Durr-e-Shahwar; and then starred in Aik Nayee Cinderella and Aunn Zara, both along with Osman Khalid Butt.

In 2012, she started with a brief role in drama Durr-e-Shehwar broadcasted on HUM TV. Aik Nayee Cinderella was her next drama after Durr-e-Shehwar telecasted on Geo TV and she got the lead role in this drama opposite Osman Khalid Butt as well as Faizan Khawaja. Maya’s role in this serial was Meesha (cinderella).

After Aik Nayee Cinderella in 2013, Maya got the project of Aunn Zara again under the direction of Haissam Hussain. Maya played the role of Zara opposite Osman as Aunn.

In 2013, Maya appeared in Khoya Khoya Chand, a series which was written by Faiza Iftikhar. Maya played the role of an American who is a loving and caring sister with a sweet nature. 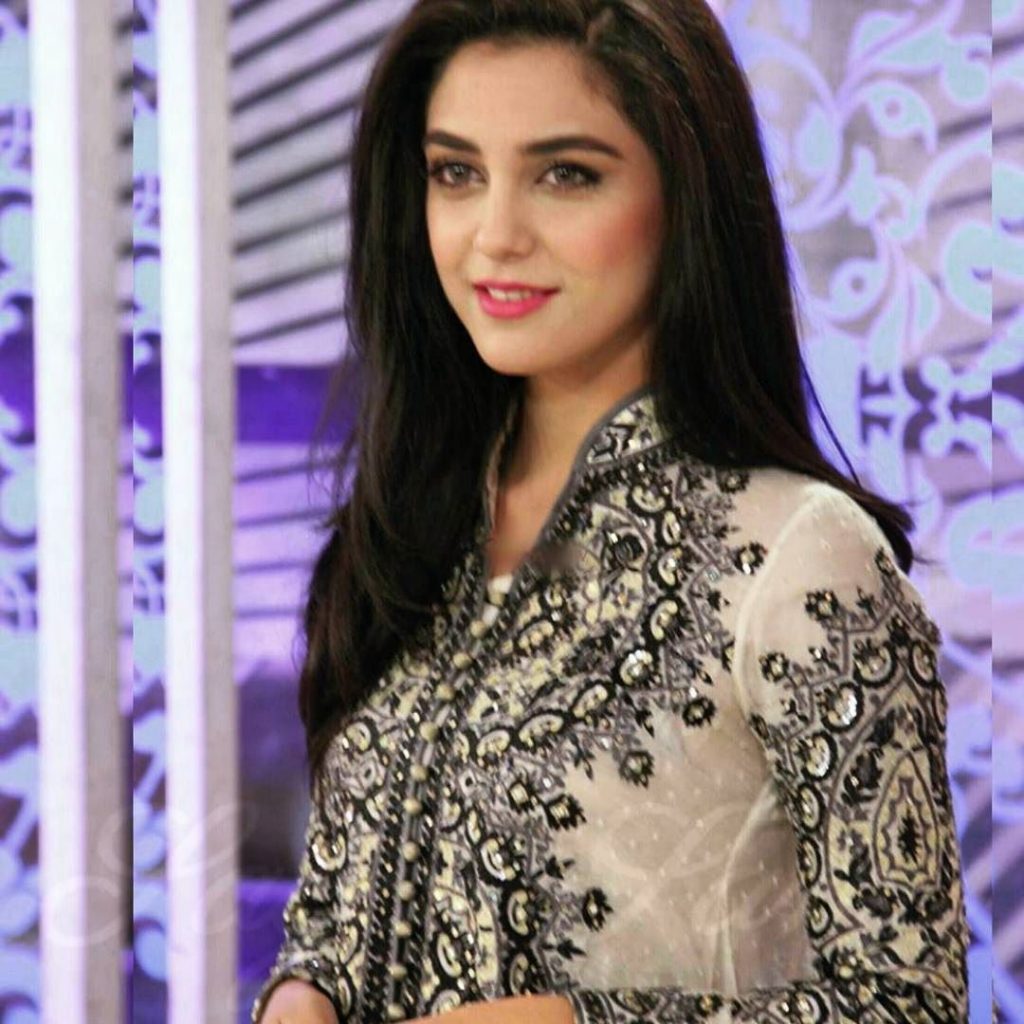 Her next project was Ladoon Mein Palli in which Maya played the lead role which is based on the story of a young girl her family. In 2014, Maya Ali was cast in Shanakht, in which she played the role of Qurat-ul-Ain, who follows Islam but is criticized by her family and society.

In 2015, Maya Ali worked in Mehreen Jabbar’s Mera Naam Yousuf Hai. She played the role of Zulaikha alongside Imran Abbas. The same year she played the role of Farah alongside Osman Khalid Butt in Diyar-e-Dil, for which the on-screen couple won Hum Award by Jury. This drama made a huge success and everyone was in love with the story plot.

In 2016, Maya Ali starred as Manahil in Mann Mayal along with Hamza Ali Abbasi, for which she won the Lux Style Award for Best TV Actress. Mann Mayal was also one of the most popular dramas in which Maya Ali played in the best of her talent while gaining a great number of fans.

In January 2017, Maya Ali signed Ahsan Rahim’s debut romantic action-comedy film Teefa in Trouble as a co-star with Ali Zafar. It was the debut of both the actors too in the Pakistan film industry, which released on 20 July 2018. At the time of its release, it was one of the most expensive Pakistani films ever made and it became the third Pakistani film to cross the ₨ 50 crore milestone despite facing protests and film piracy afterward.

Apart from that, Maya also worked in another film named Party Hut Love which was a Pakistani romantic comedy film directed by Asim Raza. She was starred with Sheheryar Munawar as Saniya and the story was based on the sweet romance of this innocent couple. This movie was released in the year 2019.

Maya Ali as A Model 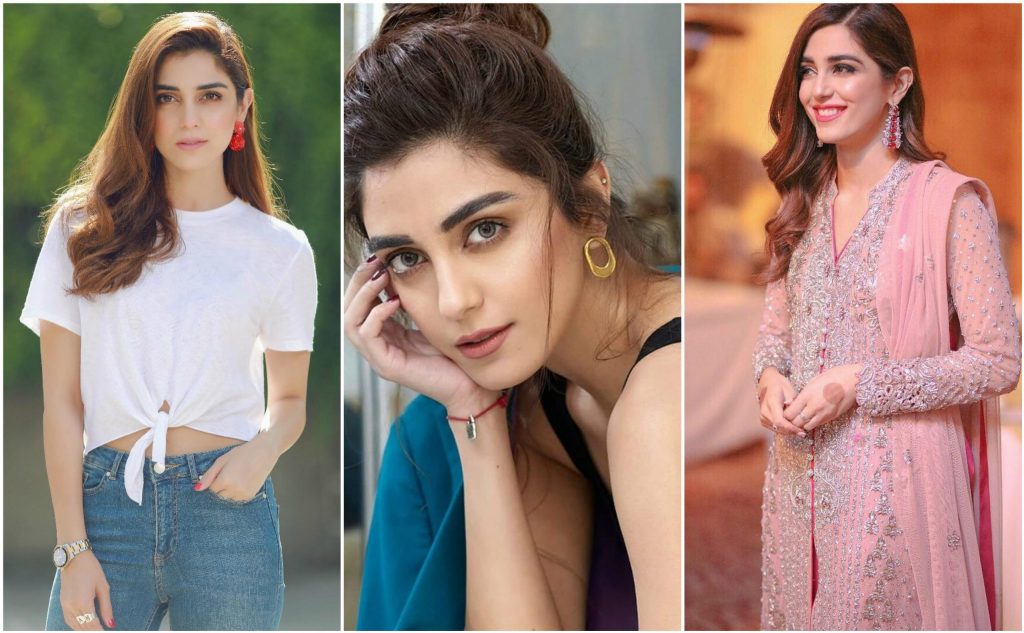 Maya got dressed up in a double-layered deep red lehenga while her Party Hut Love co-star, Sheheryar Munawar, looked elegant in a matching deep red kurta with straight pants and a short embroidered full sleeves jacket.

She also performed in the 18th Lux Style Awards in 2019. She also made appearances on different TV morning shows and interviews for promotion purposes. 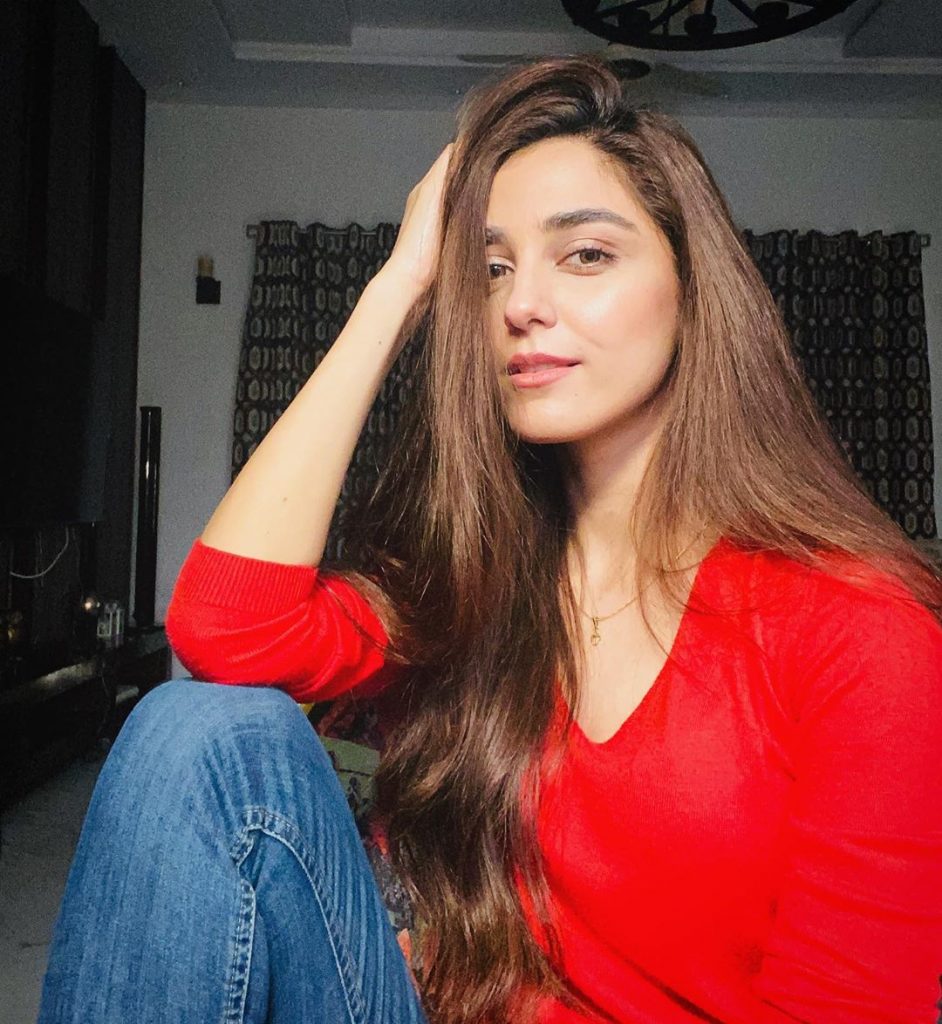 Here is a list of some of the most significant dramas in which Maya Ali proved that she is an amazingly talented actress:

For all Maya Ali’s fans out there, if you want to stay updated to what’s going on in Maya’s life as well as regarding her upcoming projects, follow her on these social media handles to stay in touch.

Mati
Mati-Ullah is the Online Editor For DND. He is the real man to handle the team around the Country and get news from them and provide to you instantly.
Share
Facebook
Twitter
Pinterest
WhatsApp
Previous article
Yeh Dil Mera Episode 30 unfold the buried secretes of a Father
Next article
Japanese Envoy, Ali Haider Zaidi discuss development projects for Korangi Fish Harbor
Share
Facebook
Twitter
Pinterest
WhatsApp