Mano, Daniyal And Julie Are Going Viral And Here’s What The Internet Has To Say!

Mano, Daniyal & Julie Have Taken The Internet By Storm 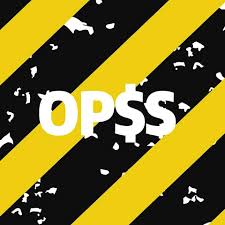 If you are a Pakistani internet user, there is no way you do not know who Mano, Daniyal, and Julie are. In a weird turn of viral things that happen on the internet, the story of Mano and Daniyal and Julie’s unwanted presence has taken social media by storm and everyone (LITERALLY EVERYONE) has an opinion about it.

So, Who Are Mano, Daniyal & Julie?

If you are anyone like the 5% of the Pakistani population who do not know who these three are, don’t worry. It is the steamy story of a duo left alone with Julie who had to be confined in a bathroom so the couple can have some free time.

If you feel out of the league, you have a few people who are just as clueless as you:

People’s Reaction To The Viral Story

While there are a few who have no idea what’s happening, there are hundreds of thousands who have taken to social media especially WhatsApp and Twitter to make memes and trolls about the situation. Here are some of the next-level hilarious memes to feast your eyes on:

When Hassan went to pick his mother…..
Meanwhile Daniyal to Mono:#Daniyal #Mano …… pic.twitter.com/AWv6cv32I0

#daniyal to #mano on bed… 😅 pic.twitter.com/pBO9NmxT9t

While the Mano-Daniyal is saga is one hand, Pakistanis have developed a special interest with Julie. Why won’t they? Almost half the youth here can relate to her situation because obviously, we have been there one way or the other.

Almost half of us third wheel with our friends and have to lock ourselves up during such situations:

This One ,🔥🔥😂#daniyal #Mano #Julie pic.twitter.com/kVeGdu2kbM

As a matter of fact, #JusticeForJulie is among some of the most popular Twitter trends recently.

Me and my bois… pic.twitter.com/DnEaJd2jlQ

As mentioned above, this is the story of four friends. While Hassan was the luckiest or lucky of the gang because he had to go drop his mother, Mano and Daniyal got into a little frisky situation. During all this, Julie was told to lock herself in the bathroom so the two can get on to their business.

The entire story is narrated by Mano herself with the gory details and the graphic description of each and every second.

Do you know there is a plot twist in the story? Mano and Daniyal have married all along and this was just a girl sharing the details of her life with a friend who (possibly) decided to leak the conversation.

Now that’s something to think over. This, among all the other incidents that have happened, shows that we are a sexually frustrated nation, who will go to any length to ensure to beat the living crap out of the sex taboo. And this can have severe life consequences too. Though there is no authenticity of the screenshots, these have been circulating on social media.

As per these screenshots, the conversation is between Hassan and Julie which indicates that Mano and Daniyal have gone off the radar while they both themselves are in huge troubles: (Moreover, this may be a social experiment to see how the audience would react to it)

Can’t out memes and jokes destroy someone’s lives. This just might be another example.

Kainaat Maqbool
A strategic and content marketeer, Kainaat has been working as a writer and content consultant for over 6 years. When she isn't writing or making marketing strategies, she is teaching people to do the same.
Share
Facebook
Twitter
Pinterest
WhatsApp
Previous articleAzerbaijan destroyed Armenian military installations and facilities
Next article8,739 more COVID-19 patients recovered in Pakistan