Earlier in the day, a NAB team conducted a raid at Shahbaz Sharif’s residence for arresting his son Hamza Shahbaz on the basis of solid evidence in cases related to assets beyond means and alleged money laundering. However Hamza Sharif’s guards manhandled the NAB team and tore their clothes besides giving death threats.

In a statement, the NAB said that its officials had arrest warrants for Hamza Shahbaz, adding that it wasn’t necessary for the bureau to inform the suspect beforehand about their arrest. 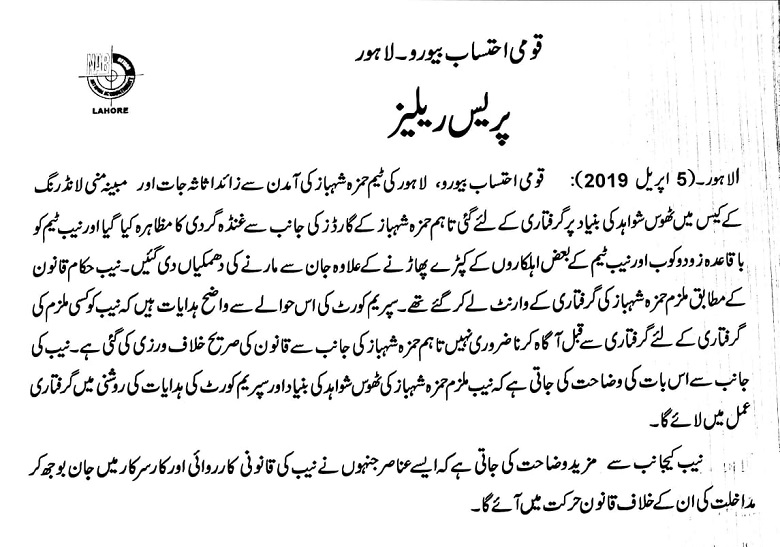 While commenting on the manhandling of NAB officials at Hamza Shahbaz’s residence, the PTI Central Secretary Information Omar Sarfaraz Cheema came down hard upon Hamza Shahbaz, saying that today’s harassment of NAB Officials at his residence in Lahore once again proved that house Sharif considers itself above law.

“Only the law authorities have the jurisdiction to arrest or release any person owing to the inquiries against him/her,” he said.

Mati
Mati-Ullah is the Online Editor For DND. He is the real man to handle the team around the Country and get news from them and provide to you instantly.
Share
Facebook
Twitter
Pinterest
WhatsApp
Previous articlePakistan now more stable and strong than before: President Arif Alvi
Next articleCurrent inflation is too less than it was in PPP & PML-N regimes: Asad Umar