In this regard, a notification has been issued.

“Major (Retd.) Azam Suleman Khan, a BS-22 officer of Pakistan Administrative Services, presently posted as Secretary, Interior Division, is transferred and posted as Chief Secretary, Government of the Punjab, with immediate effect and until further orders,” said the notification issued on Tuesday. 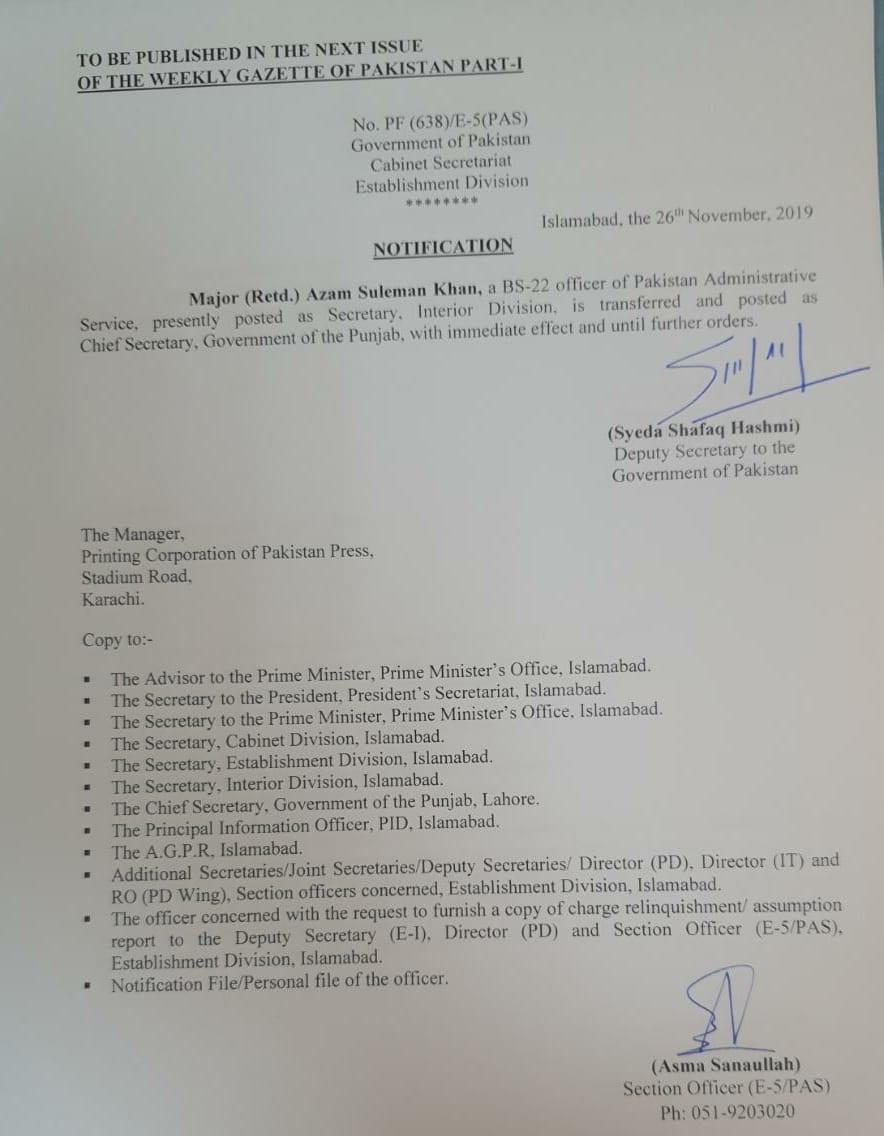 Sources said that the decision to appoint Azam Suleman Khan as the Chief Secretary Punjab was taken in a meeting held on Monday with Prime Minister Imran Khan in the Chair.

Mati
Mati-Ullah is the Online Editor For DND. He is the real man to handle the team around the Country and get news from them and provide to you instantly.
Share
Facebook
Twitter
Pinterest
WhatsApp
Previous articleForeign Affairs Ministry Hosts Envoys Conference on Africa
Next articleFarogh Naseem resigns as Law Minister