LAHORE, Pakistan: The LUMS Biomechanics Lab, a centre to test bowling actions set-up in 2016 at the Syed Babar Ali School of Science and Engineering (SBASSE), has now been accredited by the International Cricket Council (ICC), making it the fifth in the world to earn this accolade.

With this prestigious accreditation, the lab joins the ranks of those based in Brisbane, Chennai, Loughborough and Pretoria and will be used to carry out official bowling tests of international and domestic bowlers. 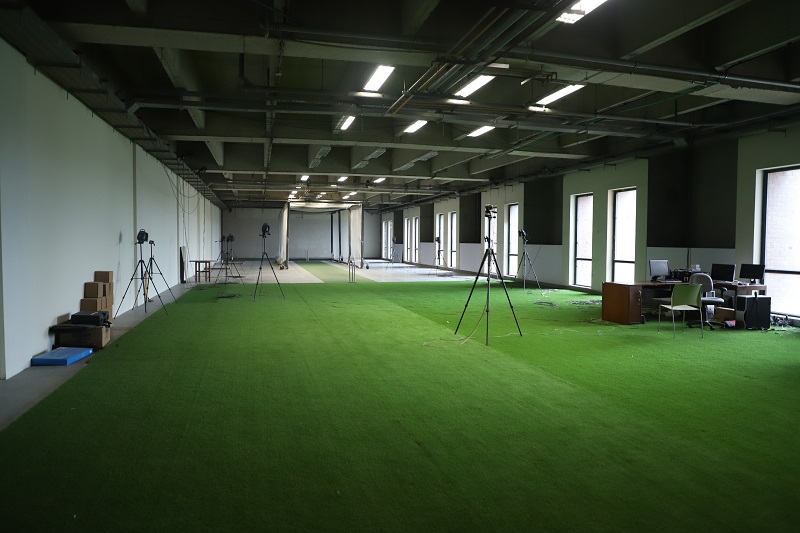 The idea of hosting the lab at LUMS was conceived in December 2015 which led to a MoU being signed in April 2016 between LUMS and Pakistan Cricket Board (PCB) to kick start the project.

Set-up with the assistance of the ICC, the facility boasts a full set of testing equipment and software similar to other accredited centres. The PCB worked closely with LUMS and the ICC for the lab and purchased several high-speed cameras and markers. The required software was also updated as per ICC’s regulation and now analysis of a bowler’s technique can be sent around the world to be reviewed and validated.

From June 2016 to date, around 30 domestic bowlers referred by PCB have been tested at the facility.

The evaluation process to get the lab accredited by ICC was extensive and the facility at LUMS passed through a range of criteria that included a motion analysis system with a minimum of 12 high-speed cameras capable of producing three-dimensional data.

The project was spearheaded by Prof. Mian Muhammad Awais at the department of Computer Science at SBASSE and Hissan Ur Rehman from the PCB.

Dr. Awais has overseen the running of the lab since it was installed at LUMS and has been working with the ICC over the last year for the accreditation process. He travelled to Pretoria twice for training to understand and apply ICC protocol for testing bowlers.

Dr. Awais explained how the facility at LUMS is the second in Asia that has state-of-the-art equipment to perform tests on behalf of ICC. “The accreditation brings the latest testing protocols to LUMS and to Pakistan. We can now establish collaborations with international partners working on cutting-edge research in the area of performance enhancement of players and sports in general. We would like to use the facility not just for testing suspect bowling actions but extend it to the domain of healthcare, animation generation, and robotics. We have already started working in this direction.”

Appreciating the LUMS team’s achievement, Dr. Shahid Masud, Dean SBASSE, said, “We are glad to have received latest equipment and worked closely with Pakistan Cricket Board and ICC in developing this Biomechanics Laboratory. The facility would certainly contribute in improving the standard of competitive sports in the country and bring it in line with international benchmarks.”

According to PCB Managing Director Wasim Khan, the ICC accreditation is an invaluable achievement and cricket in Pakistan will benefit in the long term.

“In the past we didn’t have a testing centre. A number of Pakistan bowlers were called both at the domestic and international level and then had to undergo remodelling of their action, often at a stage where it was tough for them to regain their effectiveness. The lab would support Pakistani cricket players by rectifying their bowling actions at a very early stage,” said Mr. Khan.

“The facility won’t be restricted for bowling actions only and players at all levels can sort out their technical deficiencies through biomechanical analysis under the supervision of coaches and experts,” he added.

ICC General Manager, Geoff Allardice also shared his excitement at the development and said, “I want to congratulate the PCB, which worked in conjunction with LUMS to fulfil the criteria required for an ICC accredited testing centre.”

Mati
Mati-Ullah is the Online Editor For DND. He is the real man to handle the team around the Country and get news from them and provide to you instantly.
Share
Facebook
Twitter
Pinterest
WhatsApp
Previous articlePTI decides to form Insaf Traders Forum
Next articleIt’s time to address grievances of our tribal brethren: Saifullah Nyazee