ISLAMABAD, Pakistan: The Member of UK House of Lords Wajid Khan held a meeting with the Foreign Minister Shah Mahmood Qureshi at the Ministry of Foreign Affairs in Islamabad.

Matters relating to bilateral relations with the United Kingdom, the situation in Indian Illegally Occupied Jammu & Kashmir (IIOJK) and community affairs were discussed during the meeting. 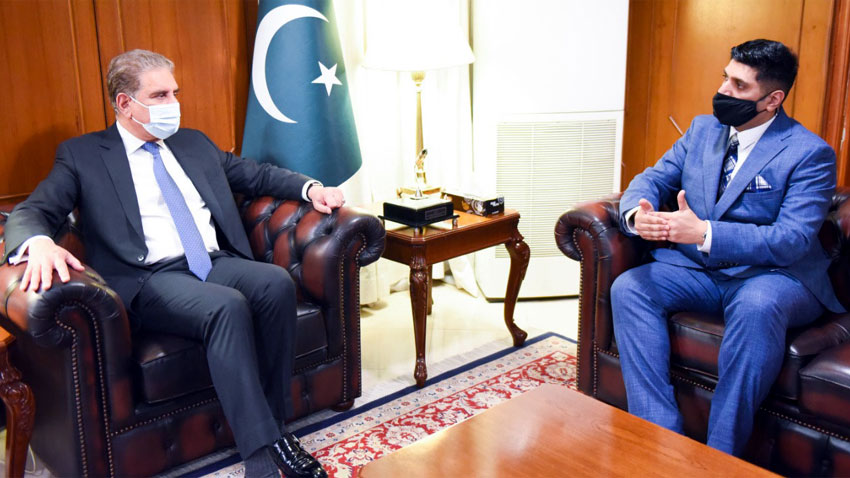 The foreign minister congratulated Lord Wajid Khan on his appointment to the House of Lords.

Qureshi apprised Lord Wajid about the steps taken by the government of Pakistan in dealing with the COVID-19 pandemic.

Shah Mahmood Qureshi stressed the importance of enhancing linkages with the UK and the European Union (EU) in the post-Brexit era.

The foreign minister underlined the important role of the Pakistani Diaspora in boosting relations with the EU and the UK. He added that Pakistani Consular Offices have been made more responsive to the changing requirements of the community.

Lord Wajid Khan appreciated the role of the government of Pakistan in combating the pandemic. He highlighted the community’s active role in establishing linkages between Pakistan and the UK.

Lord Wajid Khan is the former Member of the European Parliament and Mayor of Burnly, UK and recently appointed as a member of the House of Lords.