PESHAWAR, Pakistan: The second phase of the local government election in Khyber Pakhtunkhwa will be held on March 27, 2022 and the results will be announced on April 1, the Election Commission announced on Thursday.

As per the schedule issued by the Election Commission of Pakistan (ECP), Candidates will file their Nomination Papers with the Returning Officers (ROs) from February 7 to 11, 2022.

The names of the nominated Candidate will be published on February 12 and the scrutiny of nomination papers will be held from February 14 to 16.

The Candidates will be able to file appeals against decisions of the ROs from February 17 to 19 whereas the Appellate Tribunal will decide appeals on February 22 followed by the publication of the revised list of Candidate on February 23.

The Candidates could withdraw their nomination forms by February 25, and on February 28, Election Symbols will be allotted to Contesting Candidates and their list will be published. 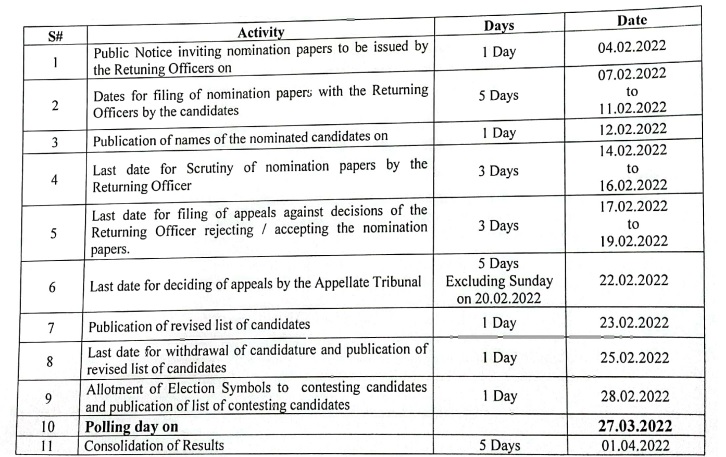