Legal and institutional equality demanded for religious minorities in Pakistan

LAHORE, Pakistan: A conference organized on the Idea of Equal Citizenship and Minority Rights under the auspices of the Centre for Social Justice (CSJ) identified legal and factual inequality as a cardinal issue of governance in Pakistan.

The deliberations at the conference assessed the state laws and policies against the good practices inequality of rights in democratic dispensations.

The speakers stressed upon the urgent need to cleanse the legal and policy framework of Pakistan from prejudices and discriminations particularly on the basis of religion. 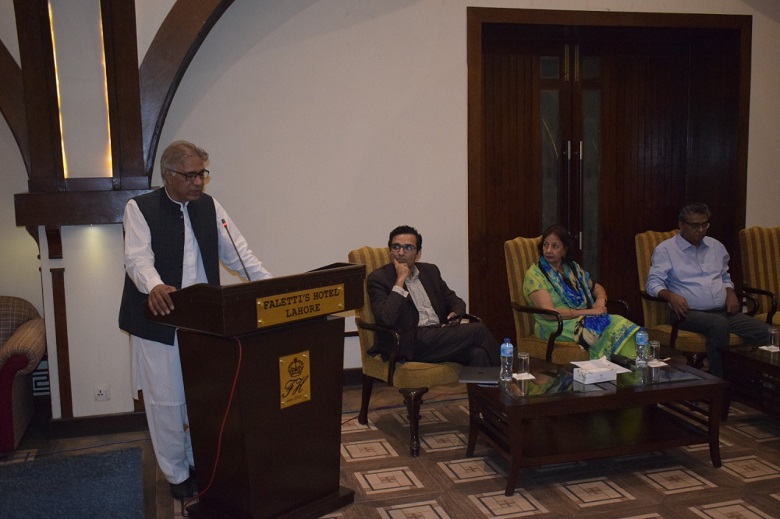 The renowned academic, journalist, and chairperson of Center for Social Justice Wajahat Masood observed that “there is no concept of a nation-state without constitutional, legal, political, economic and social equality of citizenship. If a state discriminates among its own citizens on the basis of faith, gender, race, language, or culture, it inevitably invites a constant crisis of discontent, alienation, injustice, and resulting instability leading to collective poverty in every sense of the word, including the intellectual poverty.”

Masood further stated that the status of minorities in a society is measured by the acceptance and protection that they receive. The declining demography of minorities, shown in 2017 Census is indicative of a systemic extinction of the minorities. He suggested a thorough review of the constitution, regulations, and policies to make a de jure and de facto equality of rights of all citizens possible, irrespective of their origin, religious inclinations, and social and economic status.

Dr. Yaqoob Khan Bangash, a historian and educationist, emphasized that a political culture or organizational structure making a distinction between citizens on the basis of religion is bound to be divisive and make the polity weak, therefore, separate places in party structure on the basis of religion (minority wings) ought to be removed to inculcate a sense of equality and bring cohesion.

Dr. Priscilla Lall, a distinguished Professor of English stated that the social contract theory may not be purely a theoretical concept, was justifiably valid in the case of minorities. Who implicitly subscribe to Quaid Azam’s Mohammad Ali Jinnah’s tacit acceptance of what amounted to a social contract agreement with Non-Muslims.

Peter Jacob, the Executive Director, Center for Social Justice lamented the recent resolution introduced in the national assembly suggesting replacing the term minority with the term non-Muslim. He stated that over the time, the efforts of standardizing citizenship with ones faith will make matters even worse.

“The people should be called by their names and preferred religious identity rather than imposing a negative or collective identity. He stated that the move reflected a dangerous trend of self-exclusion or reverse discrimination. Instead, the constitution of Pakistan should carry no preference or restriction on the basis of religion or sect, except affirmative action” he further stated.

The conference passed a resolution impressing upon the federal and provincial governments to;