The young and trendsetting smartphone brand is back again with a trendy gift for its fans on New Year. With farewells to 2020 and hellos to 2021 realme brings an exciting little hero to spice up your New Year’s Eve.

realme shall be premiering ‘realmeow’, its Chief Trendsetting Officer that comes to democratize trendsetting culture and showcase the diversified personality of Gen-Z.

‘realmeow’ movie will be Streaming Live Globally on realme’s Official Facebook Page at 1700 PST on December 31, 2020.

There was a trailer released on realme’s official social media accounts that have mesmerized the audience. realmeow is a combination of high technology and a trendsetting design inspired by a cat. Coming from the Trendsetting Planet, realmeow is of bold and street-style design, representing the spirit of ‘Dare to Leap’. It is independent, breakthrough, fearless, and agile. 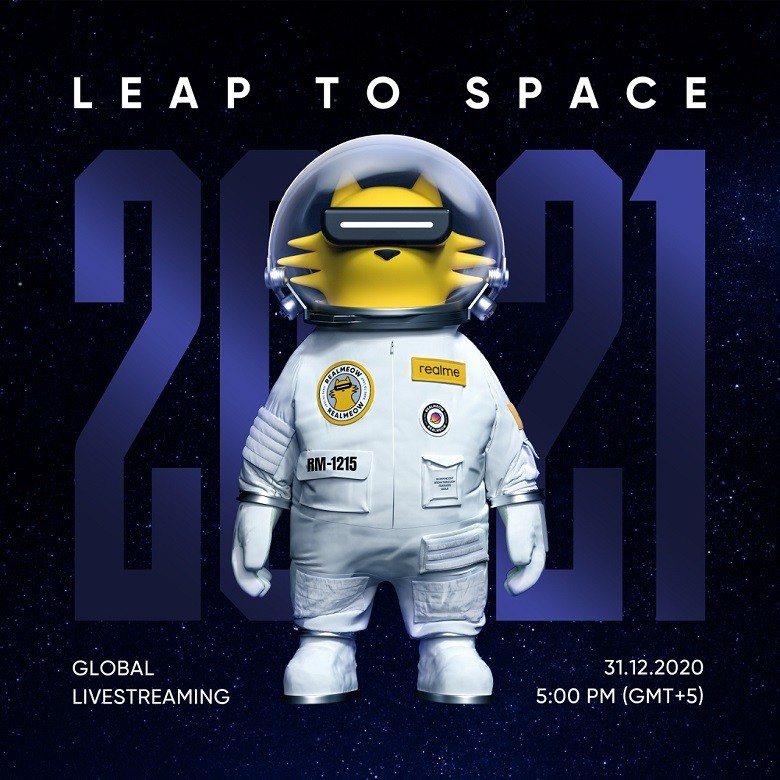 The character is the co-developing efforts of world-famous director Mark A. Walsh. He is the Directing Animator of Pixar’s Finding Nemo and Character Developer of Pixar’s Monsters, Inc.

realmeow comes from an unknown world, an unprecedented culture. He came from a galaxy far away from the Earth after receiving an undefined signal. The trendy Hero, realmeow is said to have four personalities that are also the core of realme’s spirit of ‘Dare to Leap’. He possesses several superpowers. He came across many adventures on Earth that shall be portrayed in the movie on the 31st of December.

The trailer for the film has created enormous hype on social media. With a yellow body and a pair of black laser glasses, realmeow looks very mesmerizing. The forever 18 character looks sharp with attitude and impulsive with energy carrying the spirit of realme’s slogan ‘Dare to Leap’.

The people are now anxiously waiting for what the movie embraces. Let’s all wait and see what adventures realmeow went through with his time on planet Earth.