LAHORE, Pakistan: Lahore will host an elite International Hockey activity after a long gap of 24 years when the star studded World Hockey XI will take on Pakistan junior team in the second tie of the two-match series on January 21 at National Hockey Stadium in Lahore.

It was way back in 1994 When Pakistan hosted its last grand Hockey event, though little known teams like China and Oman visited Pakistan afterwards.

Now after a long time, World XI, a galaxy of stars from top hockey nations, is on a visit of Pakistan to end the drought of International Hockey in Pakistan which could not hold any high profile hockey event owing to security concerns. 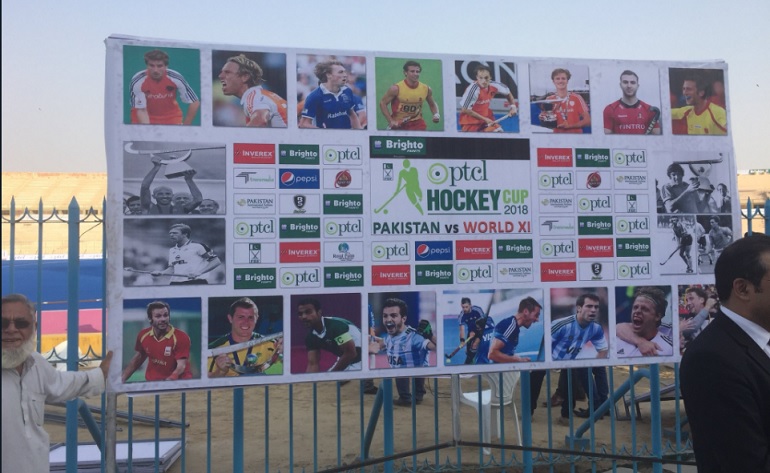 The year 1994 was dubbed as the golden year of Pakistan Hockey as the green shirts under the captaincy of former Shahbaz Ahmad Senior, now the secretary of Pakistan Hockey Federation (PHF), won two major titles to re-establish country’s status as the super power of hockey. Shahbaz led Pakistan won the World Cup in Sydney and the Champions trophy in Lahore, the last two major title victories till today.

The World XI tour has been arranged by PHF to revive the game in which Pakistan is struggling at international level, with no title in grasp, not even at Asia level.

“It is a good omen for our national hockey that the World XI is playing in Pakistan and it is a big achievement on part of PHF to convince world known players of the game to play hockey in Pakistan as we have been deprived of high profile events due to security situation in our country”, said former Olympian and captain of Pakistan team Shahbaz Ahmad while talking to the state-run news agency on Saturday.

“The Word XI tour has its own significance in many ways to bring back international hockey to Pakistan, to provide an ideal opportunity to our young players to play alongside the masters of hockey and to motivate the youth to take up Hockey as a sport”, said the former celebrated forward of all times in Pakistan hockey.

Shahbaz said the World XI tour is a step forward for the resumption of International Hockey in Pakistan and to organise Pakistan hockey league in April this year in a professional way.

“The World XI tour is very vital for infusing a new life in our dying Hockey, it will restore the confidence of other Hockey nations for visiting Pakistan, it will create ideal opportunity for the lovers of the game to watch the big names of hockey in action in their own backyard”, he added.

He said the successful tour of the World XI will ensure a better tomorrow of Pakistan Hockey.

Mati
Mati-Ullah is the Online Editor For DND. He is the real man to handle the team around the Country and get news from them and provide to you instantly.
Share
Facebook
Twitter
Pinterest
WhatsApp
Previous articleIndia beats Pakistan in Blind Cricket World Cup 2018 Final
Next articlePML-N never made hollow claims: PM Khaqan