The Captain of Lahore Qalandars Mohammad Hafeez has been ruled out of remainder of the HBL Pakistan Super League (PSL) 2019 for a thumb injury.

The 38-year-old Mohammad Hafeez sustained the injury while attempting a return catch of Colin Ingram in the match against Karachi Kings at Dubai International Cricket Stadium on Saturday. Soon after the injury, he left the field and didn’t return.

Unfortunate but it’s life full of challenges , Sad to be ruled out from this #PSL4 , Allah has better plans as always, Thanks to @lahoreqalandars family for all the Love & Respect , All the Best for coming Matches 🤲🏼👍🏼

Hafeez will undergo a surgery; therefore, he won’t be available for next four to six weeks.

“This is extremely disappointing for us that Hafeez has been injured and won’t be available to Qalandars for the tournament. We wish him quick recovery and back in action soon,” the Manager of Lahore Qalandars Sameen Rana said.

Since the first edition of HBL PSL in 2016, Lahore Qalandars’ performance has consistently been below the par, and in all previous editions it ended up right at the bottom.

Even in PSL 2019, Lahore Qalandars hasn’t yet turned the tide in its favour and remains at the bottom after losing two T20s out of three. 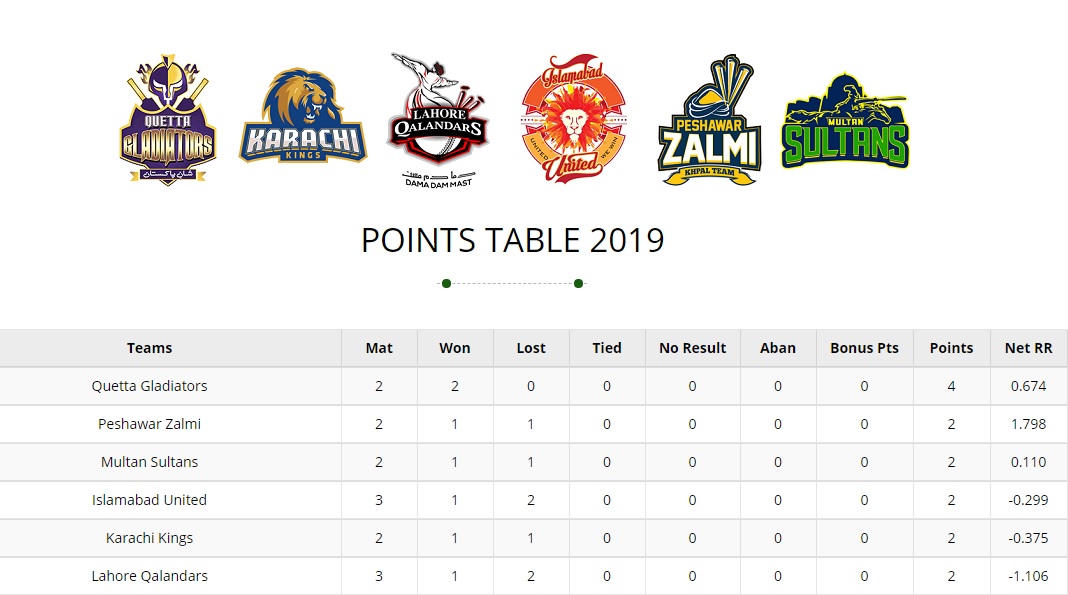 Mati
Mati-Ullah is the Online Editor For DND. He is the real man to handle the team around the Country and get news from them and provide to you instantly.
Share
Facebook
Twitter
Pinterest
WhatsApp
Previous articleSaudi Crown Prince Mohammad bin Salman concludes successful visit to Pakistan
Next articlePakistan seeks UN’s help to defuse tension with India