ISLAMABAD, Pakistan: The Ambassador of the Republic of Kyrgyzstan to Pakistan Ulanbek Totuiaev has said that Kyrgyzstan is interested to join the China Pakistan Economic Corridor (CPEC) and benefit from the tremendous trade opportunities from Gwadar Port.

In his address at a Seminar on “Business, Education and Tourism Opportunities in Kyrgyzstan” organized by The Diplomatic Insight, Institute of Peace and Diplomatic Studies, Riphah Institute of Public Policy, Riphah International University, Islamabad, the ambassador highlighted the strong ties between Kyrgyzstan and Pakistan that are traditionally characterized as fraternal and friendly.

Moreover, the relations between the two Countries have been marked by active mutual contacts and bilateral events. 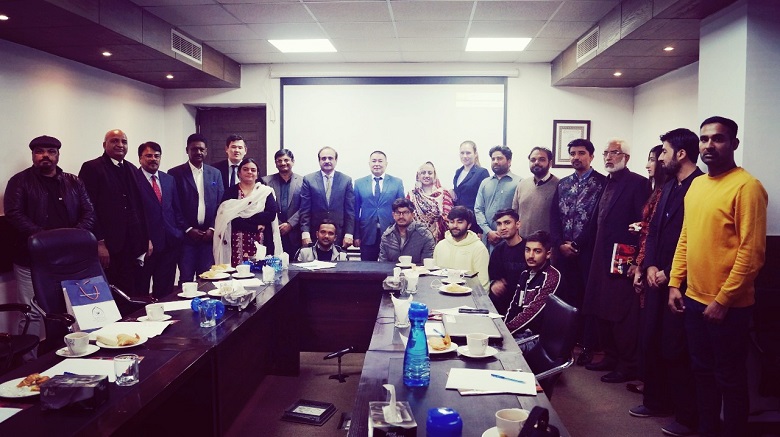 The ambassador further added that Pakistan was among the first to recognize the independence of the Kyrgyz Republic. He said that since the establishment of diplomatic relations, both Countries have enjoyed excellent political relations and regularly exchange visits on the highest levels.

In his remarks, the Kyrgyz ambassador also highlighted the bilateral cooperation in tourism, saying that the geostrategic position of Kyrgyzstan at the crossroads between Central Asia and China and further through the Karakoram Pass to Pakistan opens up excellent opportunities for regional trade and economic cooperation, as well as establishing ties in all areas of mutual interest.