Will Kuznica Crossing be remembered in history for baptizing children by blessing them with the name “Weapon”?

Establishing unforeseen situations on half of the earth could have been avoided if Europe would have pondered before plunging into US led-endowers.

The word immigration was not part of household discussions before “Operation Desert Storm”, the first full-fledged adventure of US-NATO in the Middle East which led to the irony of “human weapon” and “human torpedo”. Human being tends to stay in their comfort zones no matter how many promises of far-flung “promising lands” can offer. The idea of inhabitation and inhibition correlates and traveling to far lands is (was) never the first choice of the human mind.

Rich or poor, developed or under-developed, blessed or cursed, humans tend to cling to their fate. Staying in the most known and comfortable environment is simply the human phenomenon. The engineered unrest under the propaganda of security and safety generates the possibility of mass human migration.

EU always having torch of humanity in its hand and supplementing the idea of security and safety provided safe spaces to all those who are (were) displaced by EU/NATO adventures.

All the experiments led to another thesis and every thesis has an anti-thesis. Adjustment of immigrants and refugees was once the luxury that the EU can no more afford. Just to put the base to the US-led experimentation, the EU long digested the mass influx of refugees who supposedly sought refuge from the mess that the US had been creating while so-called dismantling in the Middle East. For the time equation worked well until emigrants became a tornado, so to say for EU.

The infamous term “human weapons” is currently under discussion in relation to Belarus immigrant crisis. Refugees mainly from Iraq, Syria, and Afghanistan are trembling in the cold waiting for their fate needless to say that EU-NATO bombarded their houses to save them. The dictators, extremists, or the monarchs you can call them what suits you, never provided the refugees the idea of fleeing to Europe until Europe bombed their cities under the pretense of security otherwise they were inhabitants of those insecure lands for generations.

What transforms them into weapons to gain political hegemony is a multifaceted debate having a long history.

The sitting government of Belarus of President Lukashenko controlled antigovernment protests with force and as a result, the EU clamped sanctions over Belarus due to alleged Rights violations. There are two viewpoints about the situation –one is in the European allies’ bloc and the second is in the so-called Russian bloc.

The situation got out of hand when Poland closed the border to Belarus as well as with Lithuania leaving two choices for immigrants—the first is to stay in Belarus and the second is to go back to their home countries. Belarus also refused to accommodate them or to give asylums and pushed them to the Polish border and the current situation is that these human beings are stuck in the strip between the Polish and Belarusian border near Kuznica Crossing and they are stuck between the Political divide of Europe actually.

Russian President Putin is blaming Europe while European Union and the United States are blaming Belarus for the situation. 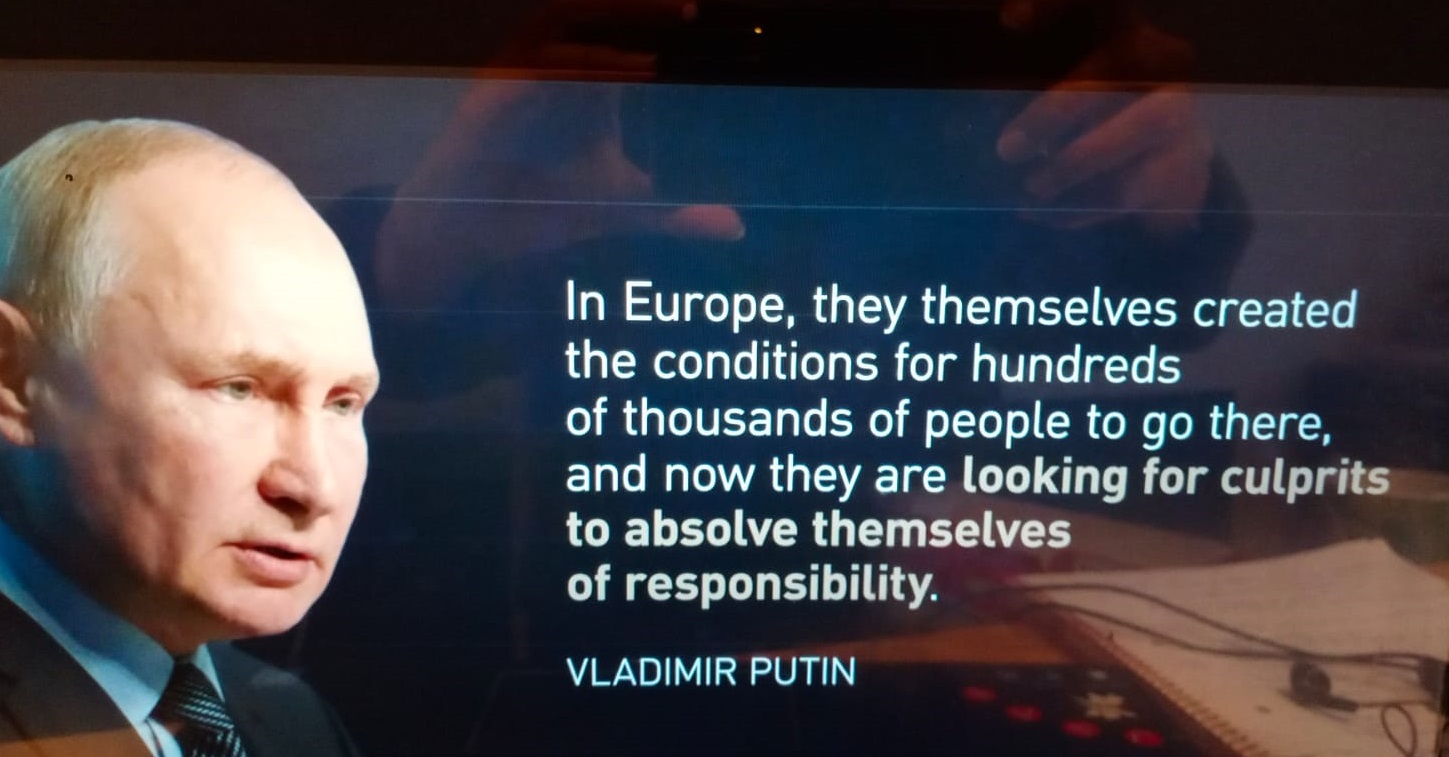 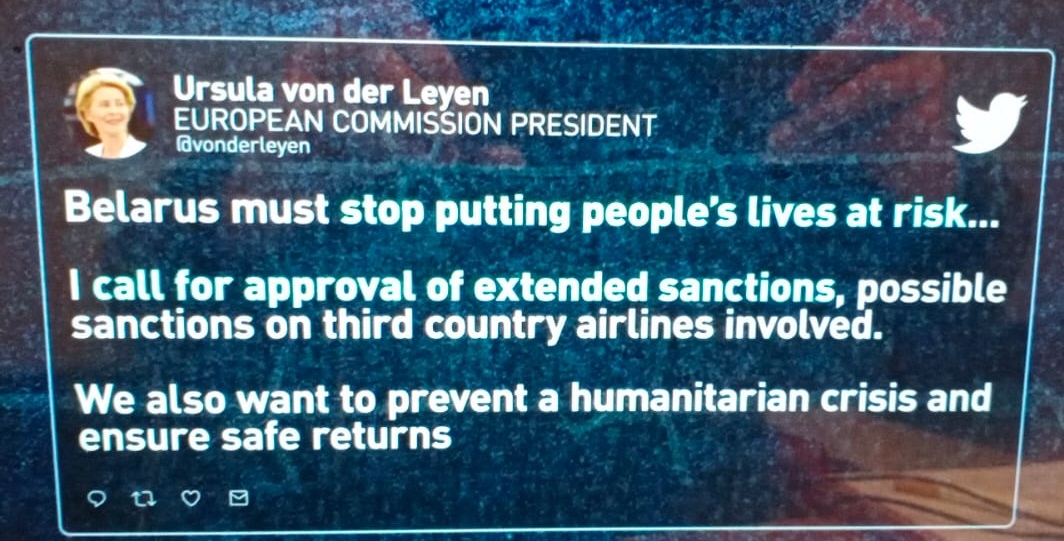 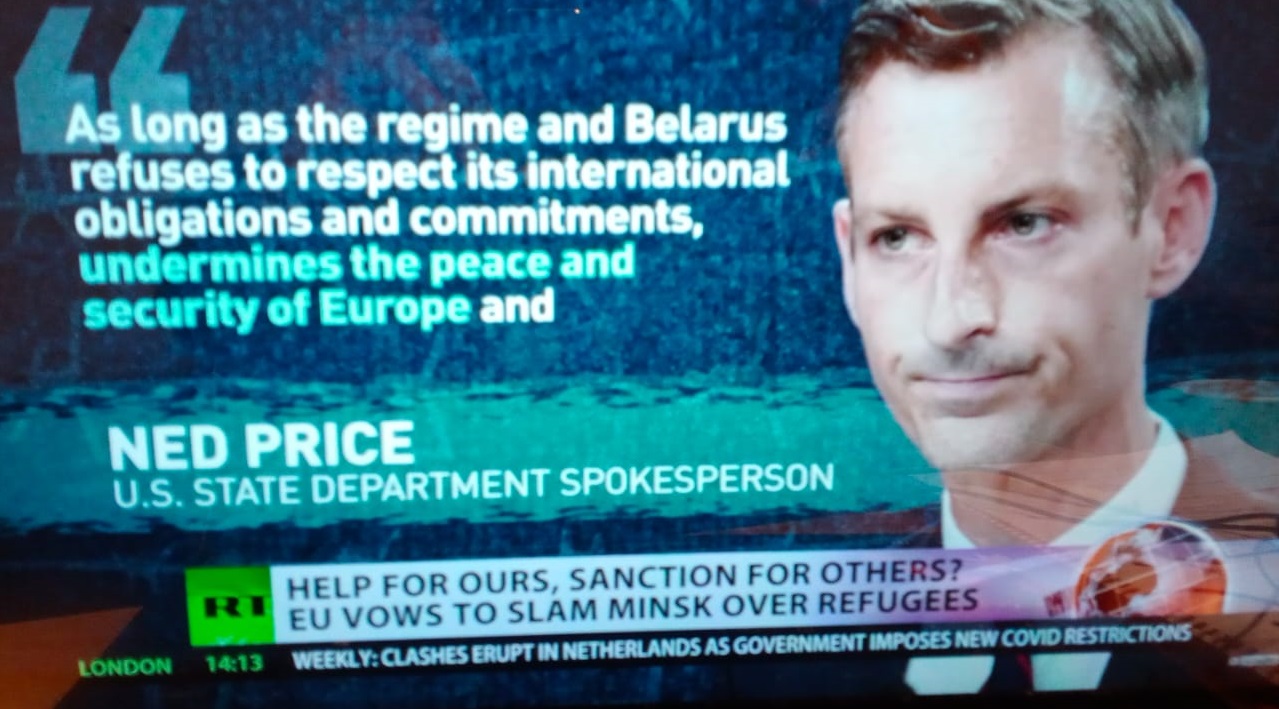 Media experts are naming these human beings as weapons and torpedoes. The story of immigrants is critical because they are no more considered as refugees rather human weapons by the western media. Poland was never in favor of taking refugees and most of the time was criticized by EU counterparts. How humanity took this shift and how come asylum seekers reach this point and that they are being discussed as geopolitical weapons and part of the conspiracy.

The barbed-wired on Hungarian–Serbian border was considered as an inhuman act but the same barbed-wired is being applauded on the Belarusian Polish border. We still remember that in 2015, Hungary built a border barrier with Serbia and Croatia to control the migrant crisis and the entire European Union criticized this act when in 2017 installed a second barrier to keep out migrants.

The Polish government is now feeling secure in terms of domestic politics because they can say they have a say in the EU now. Poland deployed an army on the border which automatically provided an opportunity to Belarus of its military deployment on its border. Russian fighter jets have also been noticed in Belarusian sky limits. It means that the Russian intention of having a military base on European borders is about to come to a reality. It is pertinent to mention that Belarus being a member of the Collective Security Treaty Organization (CSTO) can demand Russia for military deployment if it thinks its borders are in danger.

In my opinion, Russia is not interested in taking matters out of control and President Putin has long ago explained that future wars will be fought differently unlike traditional wars. The use of the military will be the last and the only resort. I can also connect the dot that Belarus is demanding the same treatment as Turkey, if Turkey is being paid by the EU to adjust and stop immigration towards Europe then why not Belarus can be paid for the same?

EU is in the catch-22 position. There are 4,000 individuals seeking refugees that is not a big deal for the EU. Adjusting refugees in European states is not a problem, the problem is a manifestation of state harassment putting a two-month-old baby, a pregnant woman as a weapon has shown the weakness of the asylum and migration system.

During the recent pubic poll conducted in Europe, 82 percent of the general population was in favor of accommodating a couple of thousands of people but they are also of the view that Poland’s ruling party is increasing its popularity and gaining sympathy out of the situation. On the other hand, this current situation serves many purposes to Russia for instance humanity and being humane is subjective to affordability and suitability. Russia has always said that EU asylum and refugee policy is part of the bigger NATO game subjected to affordability and suitability.

For showing the world that humanity is suffering and US forces are securing them and ultimately EU is digesting those secured sufferers, US has never played a fair share in this accommodation of secured sufferers (citizens of countries the US bombed in last three decades). Now this phenomenon affects deeply internal EU politics. Political parties are putting this in their political agendas humanity is suffering and security is shifting another way around now the savior is claiming to be a sufferer (EU). They are claiming that suffering humanity which was serving the purposes of US-led NATO adventures has become a political weapon for the EU. It is a tornado that will engulf Europe because this game is now played by opponents to manipulate the loopholes and weaknesses of the EU system. I will not be shy to give credit to those EU Parliamentarians who signed the very first document which allowed NATO to displace and dismantle a vast population of the world.

EU has to take the responsibility to seek the way forward if today the same suffering humanity which NATO was saving has become a political weapon, EU needs to dissect the process without bias.

For the future, in my opinion, the EU should be careful by playing vigilante because this is a real-world, not Marvel series and in the unrealistic pursuit of utopian thoughts, the EU has threatened its own hard-earned democracy, civil rights, prosperity, and happiness. My message for European leadership is simple that please save yourself instead of saving those who are not even asking for a savior. It may stop your face to get stained by giving a two-month-old baby the name of a weapon.

Will Kuznica Crossing be remembered in history for baptizing children by blessing them with the name “weapon”?

Note: Writer Shazia Anwer Cheema is a Prague-based foreign affairs expert who writes for national and international media. She is a doctoral student. Researcher in semiotics and philosophy of communication at Charles University in Prague. She heads the DND Think Tank. She can be reached at her: Twitter @ShaziaAnwerCh Email: shaziaanwer@yahoo.com