Who were the first inhabitants of Polynesian islands? Were they people of South America?

These two questions back in the mind of a young man from Oslo who wrote the history of voyages who brought new knowledge for historians, anthropologists, and experts of natural science (biologists and zoologists) because the man who had these questions–Thor Heyerdahl was an excellent collector. He crossed the Pacific Ocean on the balsawood raft Kon-Tiki in 1947. This was his first expedition to be captured on film and was later awarded the Academy Award for best documentary in 1951. 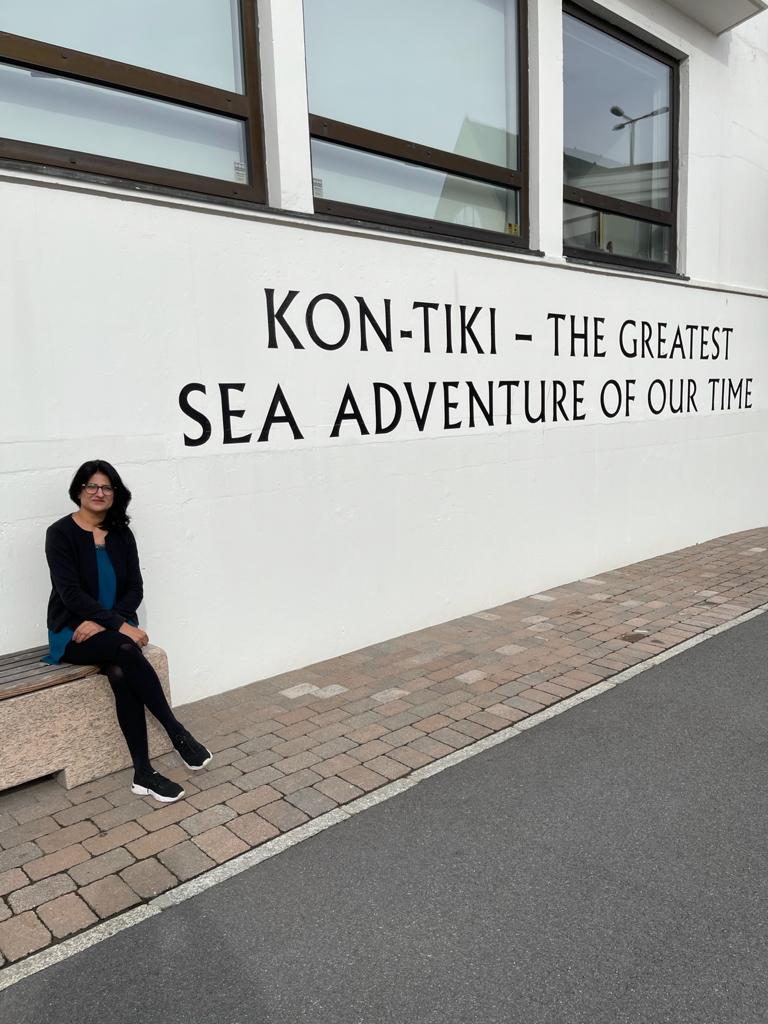 Having a soul of an explorer and the tall well-built personality of an adventurist, Thor Heyerdahl had been involved in traveling far lands; commonly known as dangerous lands since his youth. 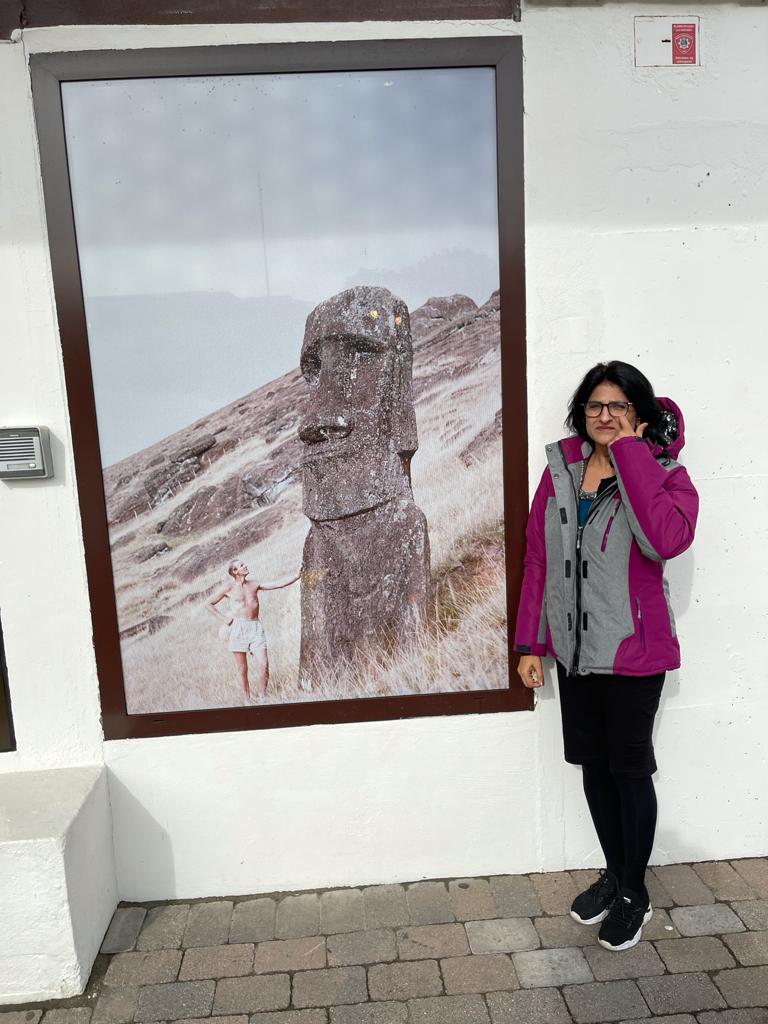 When he voyaged to Fatu Hiva island (southernmost island of the Marquesas Islands, in French Polynesia) in 1937, he met indigenous people who claimed their ancestors inhabited islands in the South Pacific (Polynesian islands).

This information was intriguing for Thor because the popular theory was different and it was accepted by scholars and historians that people from the East were first to arrive in Polynesian islands (more than 1,000 islands scattered over the central and southern Pacific Ocean) due to their proximity. Thor’s interest intensified in this theory and in local stories about where Fatu Hiva’s forefathers had come from. He talked to several anthropologists but they did not agree with him because he had nonscientific or historical data to prove his viewpoint.

Heyerdahl presented his theory to a group of leading American anthropologists in the spring of 1946, but they refused his viewpoint and stated that sea travelers of ancient times had only balsa rafts for travel and it was impossible to travel too far away from Peru to any other place of South America through South Pacific islands. Balsa raft is a kind of primitive raft of the pre-Columbian era made with logs of balsa tree, using only wood and nothing else.

Thor was of the view that balsa raft could travel far away and could reach the island in question. One of the anthropologists (Herbert Spinden) told Thor if he thought it could be possible then he (Thor) should reach the place with the balsa raft and then come back and share his experience with them (anthropologists). Thor accepted the challenge and decided to make a balsa raft and start his journey. He hired five well-qualified men for this travel and went to Ecuador to procure balsa timber for the raft and then on to Peru to build it.

On 28 April 1947, a raft made of balsawood carrying six men started their journey from Peru to Polynesia. They decided to document their journey on camera as a prove and for documentation of the voyage.

Experts in anthropology and marine’s business called this journey a suicidal attempt and claimed it was impossible to cross the sea too far away on a balsa raft but Thor made it a reality after 101 days’ travel in sea and reached Raroia atoll in Polynesia and Kon-Tiki became the headline of global media. After this journey, Thor not only successfully confirmed his viewpoint that South American peoples could in fact have journeyed to the islands of the South Pacific by balsa raft rather Kon-Tiki voyaged to Galapagos and East Island in the next 10 years.

Thor’s journey book “The Secret of Easter Island”, was published in English in 1958 and this book became a bestseller. 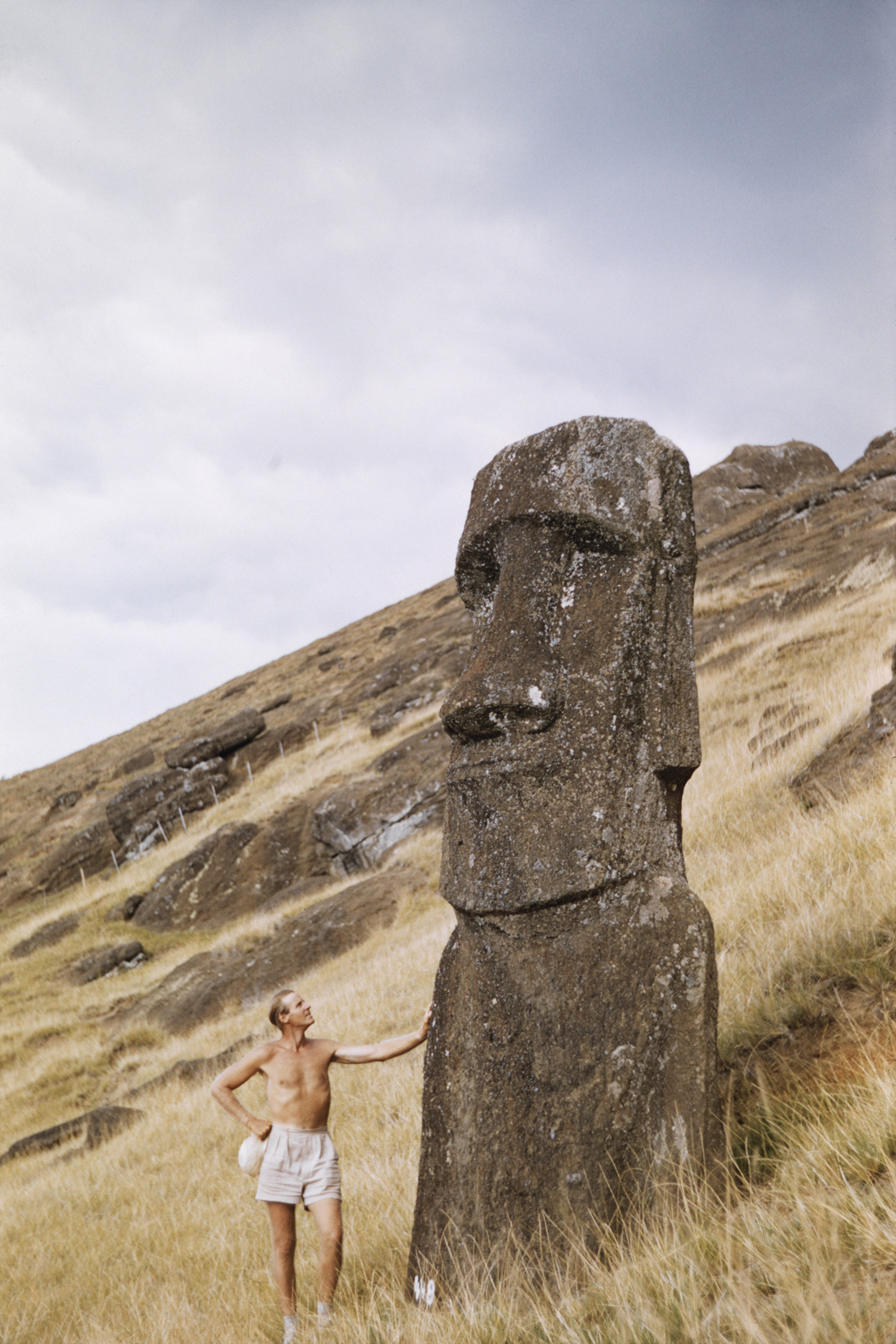 His travel to Easter Island on Kon-Tiki introduced him to ancient cultures and with “Moai” (statue) of monolithic human figures carved by the Rapa Nui people on Easter Island between the years 1250 and 1500. 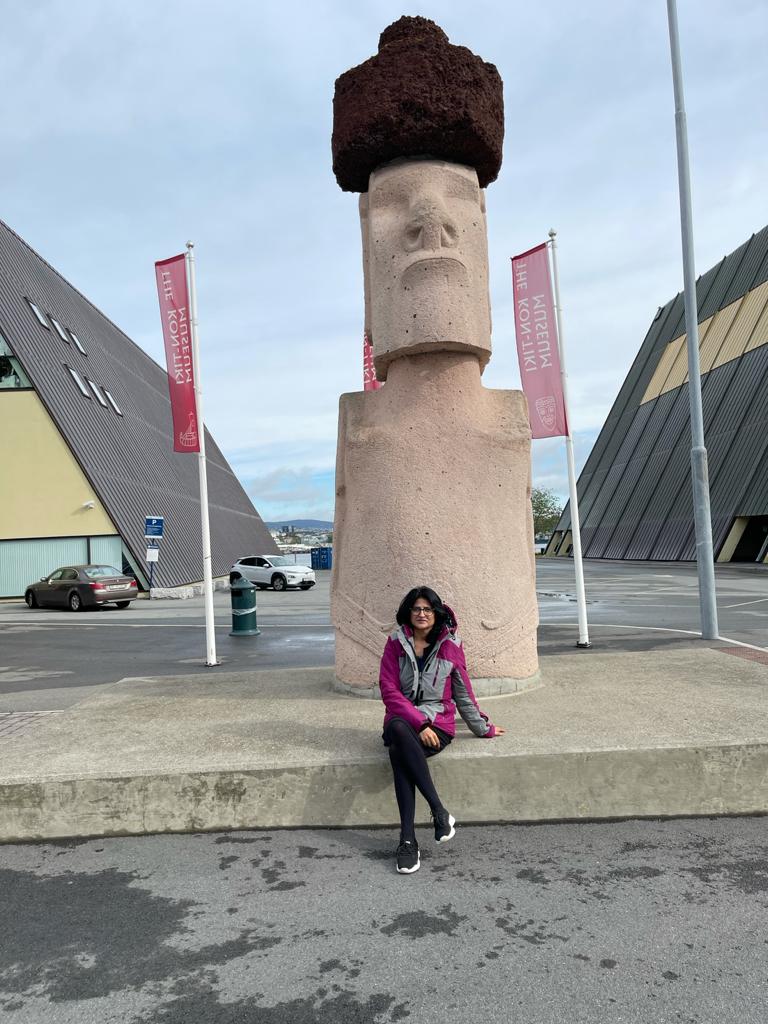 This September, sitting under the replica of Moai outside the Kon-Tiki Museum Oslo was an unforgettable experience. The Kon-Tiki Museum was established in 1950 and now two historic rafts— Kon-Tiki and Ra li are resting inside the museum after several journeys in the rough South Pacific. 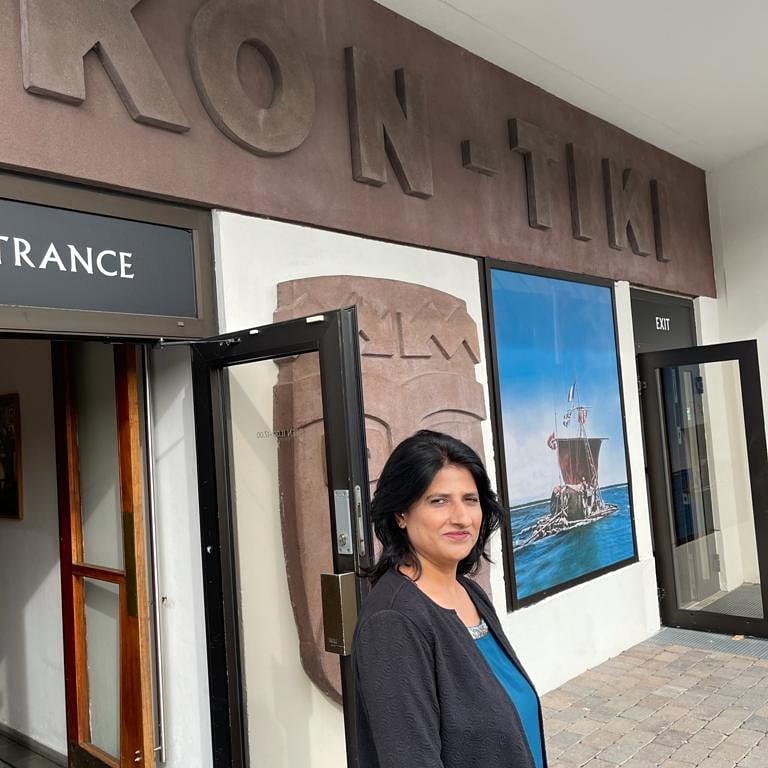 The main building of the Museum has a main floor and a basement. The legendary raft in the building was staring at me with a daring look that am I prepared to take such an adventure? am I hardened enough to challenge the high waves and roaring storms? My answer was not clear rather it was a gesture that I am all prepared and ready —I just need a strong piece of wood to hold on to, just like you.

One can ask me what was my interest in this museum where two rafts and some collection from South American islands are lying? For me, the museum is always an area of interest and inspiration but this museum had a special excitement for me. Being a wandering soul I do not believe in borders and once I read a citation of Thor who compelled me to know more about him and to see what he has left behind— He said:

“Border I have never seen one. But I have heard they exist in the minds of some people”.