DERA BUGTI, Pakistan: Prime Minister Shahid Khaqan Abbasi on Thursday requested the misled Balochs to desist the path of deviance and put their share in the Country’s development.

“We will not repeat whatever wrongs were done with the people of Balochistan in the past and work to ease your problems,” the prime minister said while speaking to a public gathering in Dera Bugti after inaugurating the Rs 80 billion Kachhi Canal designed to turn 72,000 acres of barren land in Balochistan green.

The prime minister said the time was not far when Balochistan would become the most prosperous province of Pakistan. He assured the people of Dera Bugti that the issues of water and natural gas would be resolved on priority bases. 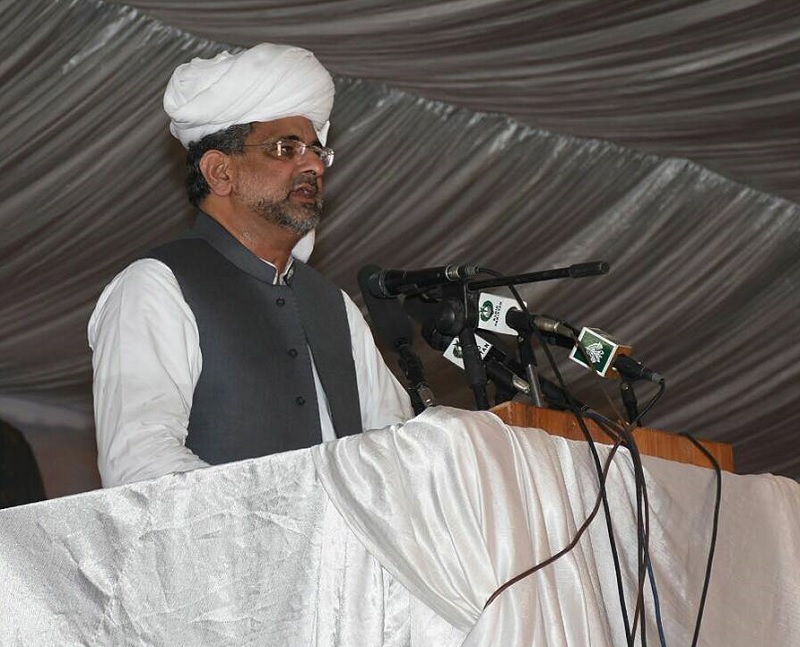 Shahid Khaqan Abbasi also announced that Rs 15 billion would be spent on providing natural gas to each district headquarter of the province.

In addition, he said the federal government was establishing 29 Universities in Balochistan which would change destiny of the people of the province besides after completion of Gwadar Port Balochistan would be the most prosperous province of the country.

The prime minister urged the people of Balochistan to vote for those political parties who had put the country and their province on the road to progress and prosperity.

“Now you have to decide whether you want development of your country and province or otherwise, the future of Balochistan is in your hands, adding that the PML-N is the only political party which has always thought about Pakistan and put it on the path of development,” he said.

Inaugurated in Dera Bugti district of Balochistan, the Kachhi Canal Project will irrigate 72,000 acres of barren yet cultivable land in the far-flung and backward areas of the district.

The project completed at a cost of about Rs 80 billion, will ensure economic development and social uplift in the remote areas of Balochistan by promoting agriculture and agro-based economy.

The prime minister said the Kachhi Canal Project was initiated by former Prime Minister Nawaz Sharif in 1998, however it fell victim to gross cost overrun and long delays.

Khaqan said work on the project was started in 2002 but no attention was given by a dictator during his long tenure and the Pakistan People’s Party (PPP) government during its five year term and finally funds for it were released by the former Prime Minister Nawaz Sharif.

Shahid Khaqan Abbasi said most of the people were against this project but Keeping in view the importance of the project it was revitalized with the active support of the federal government and commitment of WAPDA.

The prime minister said Kachhi Canal project would change destiny of the people of Dera Bugti.

“Pakistan owes to people of Sui as the entire country get benefitted due to their natural gas,” he said.

Moreover, he said Pakistan Muslim League-Nawaz (PML-N) did not believe on hallow slogans and promises but practically work for resolutions of people’s problems.

Mati
Mati-Ullah is the Online Editor For DND. He is the real man to handle the team around the Country and get news from them and provide to you instantly.
Share
Facebook
Twitter
Pinterest
WhatsApp
Previous articleTwo-day Conference on CPEC in Islamabad on September 19-20
Next articleHEC to establish ‘Directorate of Students’ within Universities to curb extremism