Khalil Ur Rehman Qamar in trouble again for his alleged audio

The famous writer and director Khalil Ur Rehman Qamar has again returned to the limelight for his alleged audio surfacing on social media.

The 61-year-old Khalil Ur Rehman Qamar has multiple times been slammed by various circles in the past for his misogynist remarks. 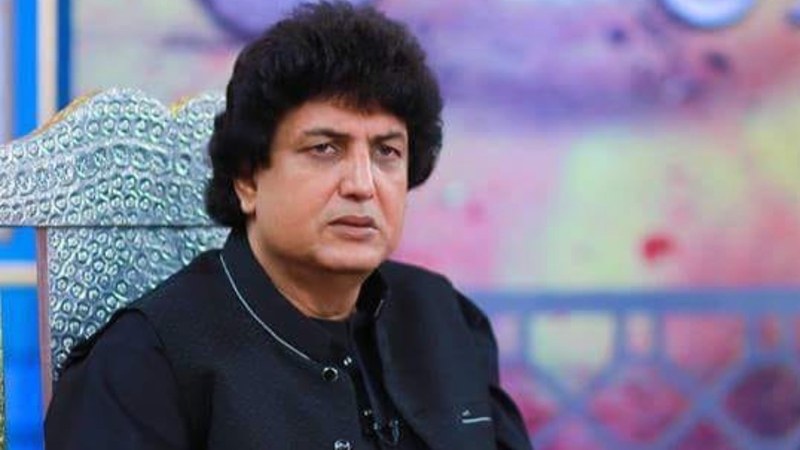 Now again he seems to have pushed himself into hot waters as his alleged audio suggests that the writer is holding a telephonic conversation with a woman in an appropriate and unprofessional manner.

In the conversation, the woman, whose identity remains uncertain, can be heard saying that as per their mutual understanding, she wanted to meet him; however, her skeptical husband didn’t let it happen.

The women even told him that after that, her relationship with her husband had turned soar and they were not talking to each other.

Thus, she attempted to convince Khalil Ur Rehman Qamar to have belief in her and also told that if he agreed, she would send him her picture showing that she was ready to step outside of her house to meet him but the writer scolded her and even used the word “fuck”.

Khalil Ur Rehman has married twice – initially to Rubi Naz and later to Rozina Qureshi.

Mati
Mati-Ullah is the Online Editor For DND. He is the real man to handle the team around the Country and get news from them and provide to you instantly.
Share
Facebook
Twitter
Pinterest
WhatsApp
Previous articleDefence and Martyrs’ Day: Wreath Laying Ceremonies held at Monuments of Martyrs
Next articleMushahid Hussain-led Senate body delegation visits Lance Naik Mehfooz Shaheed’s mausoleum