Pro-Delhi Kashmiri leaders like Muftis and Sheikhs of Indian Occupied Kashmir had been chronic patients of delusion rather hallucination that they had an independent state under Article 370 of the Indian Constitution. At last, the final dose of abrogation of Article 370 (35A) on August 5, 2019, facilitated them to get out of over 70-year-old disease and see the reality.

According to pro-Indian Kashmiri politicians, Article 370 of the Indian Constitution was adopted (in 1949) to prevent further aggravation of the Kashmir problem and reduce the risk of war. Providing special political privileges to Muslims living in Kashmir was considered one of the main legal instruments for maintaining stability in the region. However, things were otherwise in reality and Article 370 did not give broad independence. It just gave a flag different from India because Security, Foreign Policy, Currency, and Budgetary powers remained with New Delhi.

Flouting article 370 of its own Constitution gave the Indian government a solution to impose curfews without giving any time limit and a communication blockade helped to facilitate spreading lies.

Abrogation of article 370 was a pilot program by the Indian Government to expand the controlling experience as Kashmir is not the only Faultline of India. New Delhi requires extensive use of force across the country to subjugate anything or anyone who differs in any sort. What better idea is to evoke article 370 in Kashmir and examine the internal and external reaction.

There are other clues for better understanding of the blunt nature of fascism, let us suppose retaliators economy based on the certain element as tourism in Kashmir, agriculture in Punjab and Export in Bihar.

Flouting article 370 of its own Constitution gave the Indian government a solution to impose curfews without giving any time limit and a communication blockade helped to facilitate spreading lies. 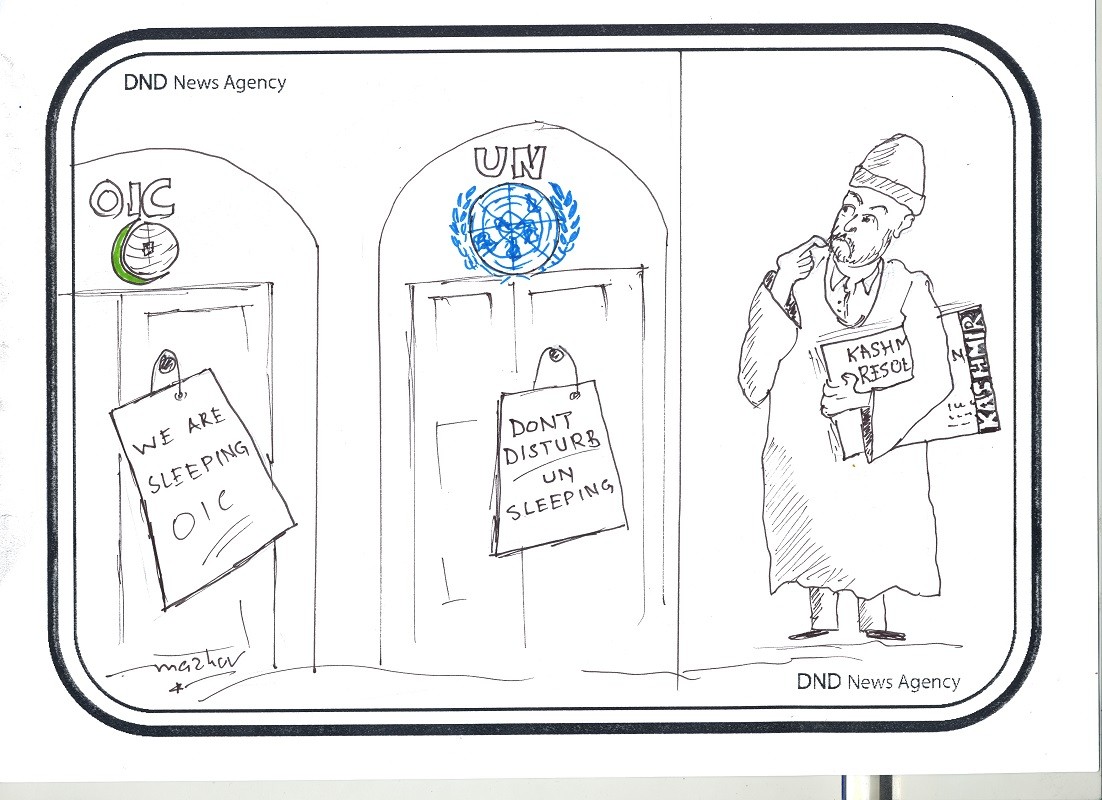 All the casualties on the face of maintaining peace required medical services, India made sure that none would be available for Kashmiris, International media and international Human rights organizations confirm in their reports that women, girls, children, and even young boys are sexually being abused by Indian law enforcing agencies also disappearance and abduction of youth continue. In such cases, law enforcement agencies are responsible to serve justice but Indian law enforcement agencies were dictated to play rouge to increase the amount of tarnish to cut down retaliation.

Kashmir is just the beginning of Brahman Carta, it will engulf the entire region

As for any skeptical observer, the same is happening in Kisan Morcha in new Delhi, Police acting rouge, internet and telephone not working, and roads (were) are being dug out to cut supply chan. Now you see why Kashmir is just a pilot program and replication of that program will be seen across the country, I can confidently say it has already started.

There are other clues for better understanding of the blunt nature of fascism, let us suppose retaliators economy based on the certain element as tourism in Kashmir, agriculture in Punjab and Export in Bihar. The best way is to deprive them of economic opportunity. Orchards owned by Muslim Kashmiris had been catted down for imposing economic genocide on Muslim farmers. The same is being done in Punjab even with more zeal and zest as it has already been tried and tested in Kashmir.

The entire valley is reeling under a silence that is anything but normal. Freedom of speech has been severely curtailed. Children are being picked up, detained, and sometimes sexually tortured for days.

Night house-raids and picking up Kashmiri Muslims by law enforcing agencies continue. Kindly relate it with the recent arrest in Kisan Morcha. Estimated deaths due to the non-availability of medical services in the besieged valley have crossed the figure of 25,000 patients (deceased patients). Similarly, over a hundred farmers died due to a lack of medical care during the last three months.

My claim that Kashmir is (was) just the beginning of Brahman Carta, it will engulf the entire region, …lets study Kashmir again;

Cordon and Search operations are being conducted at various places in Jammu and Kashmir to trace the pro-freedom voices and silence them. Thousands of politicians, business leaders, and young boys have been booked under the black law, PSA, and shifted to jails in India’s UP and Haryana states.

The entire valley is reeling under a silence that is anything but normal. Freedom of speech has been severely curtailed. Children are being picked up, detained, and sometimes sexually tortured for days. Some children are sent back home in a state of terror and others continue to be in the custody of the security forces without any official entry being made of their detention. Families do not know whether their young men and boys are being detained in Delhi, Uttar Pradesh, Rajasthan, or Haryana. Women and girls live in constant fear of molestation and sexual abuse.

Psychological stress caused by the continuing occupation has led to high levels of anxiety and depression levels, and people consume anti-depressant drugs at all times. Anyone can be detained anywhere and anytime even while crossing a road, playing football, sleeping, or having tea in Indian Occupied Kashmir.

The Indian security forces enjoy complete impunity and cases of encounters, enforced disappearances, sexual violence, illegal detentions, torture, entering houses at any time of day or night, breaking windows, and destroying property are now normal in IOJ&K. People to have lost faith in the judiciary. They say that even habeas corpus petitions are not being heard by the J&K High Court.

For any sane person, it is not hard to grasp that India is getting way out of control, in controlling Kashmiri People, low and behold our cynical silence has given him the courage to exercise all that in Nagaland, Punjab, Gujrat, Bihar, and Rajasthan.

The cause of oppression is different in every region, but the aim is one, making India a great Corporate Power. India could never become an economic power by trapping its citizen in deprivation. Deprivation from food, free thought, and a prosperous future.

It is high time that Indian citizens must come forward to demand that Kashmir must be free, no more ambitious experiments, otherwise Indian citizens themselves become the lab rats of this immoral, unethical Hindutva First agenda. And the entire region must be ready to witness civil unrest in India which is brewing under full steam.

The ones who are silent on Kashmiris cries today will experience the similar across India. And eventually, it will become a regional issue because neighbors will get affected, borders cant control lava as Indian fault lines are about to explode.