Kashmir will not stop resisting oppression

The first time I heard the word “Kashmir”, I had just begun attending high school. I could not tell you where it was on a map but what mattered for me was that I had learned that I had brothers and sisters suffering massacres in a land called “Kashmir”. Those days, we would talk about mainly three oppressed Muslim lands, “Palestine”, “Afghanistan” and “Kashmir”.

Years followed years. The number of oppressed Muslim nations only increased. Kurdish people underwent a chemical massacre in Iraq in Saddam’s regime. Bosnian Muslims were experiencing genocide in the middle of Europe and the so-called civilized world was blind and deaf. It was the days when we were having relatively peaceful days in Turkey. Yet, after the demise of President Turgut Özal, difficult days were slowly approaching for devout Muslims in Turkey, too.

Things were getting worse and worse for all Muslims in the world. A military coup had happened and toppled down the Prime Minister Erbakan from the power in Turkey. September 11, 2001, followed these developments bringing a global bias against Muslims. Now Muslims were regarded as potential terrorists all over the world. Pakistan was the new target of global powers and the USA would blame Pakistan for being a safe haven for the terrorists.

The year 2002 General Elections in Turkey brought newly established AK Party to power in Turkey. Erdoğan made many reforms in Turkey and improved the Turkish economy significantly.

In 2011 Arab Spring started and new hope was born for Arab countries as well. But when Muhammed Mursi, the first elected president of Egypt was removed from power by a bloody military coup, things changed in Yemen, Libya, and Syria and Arab Spring turned to a fast-moving winter. The only good thing was that a military coup attempt was foiled in Turkey by millions of people taking to streets.

The attention was shifted away from Kashmir towards so many developments in the Islamic World. Nothing had changed in Indian Occupied Kashmir. Indian soldiers would murder many Kashmiri young men, rape women, and put any protesting people into jails.

On August 5th of 2019, India terminated the special status of Kashmir and declared a lockdown. The Internet was shut down and Kashmir was closed to the world. India had sent almost one million soldiers to Kashmir and human rights violations had reached a new peak. Kashmiri people were experiencing the worst attack in its history.  Many people lost their jobs or were forced to close their shops.

Many Kashmiris were taken from their homes and put in jails. Indian soldiers arrested not only men but women as well. Protesting people and even innocent kids were targeted by pellet guns and thousands of people lost their eyes in Kashmir.

Today there is a growing fear about the intention of the Indian Government, which committed numerous human rights violations, towards Kashmir. On one hand, the Indian Government is bringing non-Kashmiri people to this region and is trying to change the demographics of Kashmir, on the other hand, the Indian Army keeps committing massacres. Torture and rape are also used widely to suppress the voice of Kashmiri people. COVID lockdown worsened the already very bad situation in Kashmir as the Indian Government took advantage of the global pandemic sweeping across the world. People getting afflicted with COVID cannot have access to proper health benefits easily.

Now in Kashmir, people have only 2G internet and students cannot continue their distance education based on 2G internet. Likewise, businesses depending on the internet are having difficulty surviving. Kashmir gradually keeps turning into a new Gaza in front of the world and Kashmiri people cannot have their voices heard out of this paradise-like cage. Indian Army does not let foreign people or journalists visit Kashmir and inform the world about what is going on there. Kashmir has no name in many minds in the world and even most people in the west would not be able to spot Kashmir on a map.

Last year on 5th August when I heard the new developments towards Kashmir, I started following all the news regarding Kashmir as I was very sensitive about oppressed people.

Before I had written English songs on Jerusalem, African mothers losing their kids to starvation, the plight of Yemen, Syrian refugee kids, and now it was my duty as a human to mobilize my musical talent for Kashmir.

First I wrote an English song titled, “Kashmir Is My Name”, to raise the voice of oppressed Kashmiri people. When we released this song on 11th June 2020, the song spread so fast in the social media and the lyrics turned to the slogans of resistance. I was unaware of the fact that it was the first international song on Kashmir and,  Kashmiri people both in Kashmir and Diaspora had embraced the song so fervently. Della Miles, the world-famous American singer who was also Michael Jackson’s and Whitney Houston’s vocalist had given her melodious voice and heart to this song dedicated to Kashmir. Pakistani President, Dr. Arif Alvi shared the song in twitter with a nice comment increasing the media’s interest in this song.

Click here to watch song “Kashmir Is My Name”

On 13th July, we released a new song on Kashmir this time through the collaboration of Ali Tolga, a Turkish musician and Hadiqa Kiani, the famous Pakistani singer. The song called “Daimi Bahar” (Eternal Spring) had been sung in Turkish, Urdu and Kashmiri. This song I produced and presented in collaboration with Kashmir Civitas also became very popular in a short time attracting the media’s attention.

Youtube removed the song because of some pressures but this only intensified the interest towards our song, which was again praised by Pakistani President, Dr. Arif Alvi. 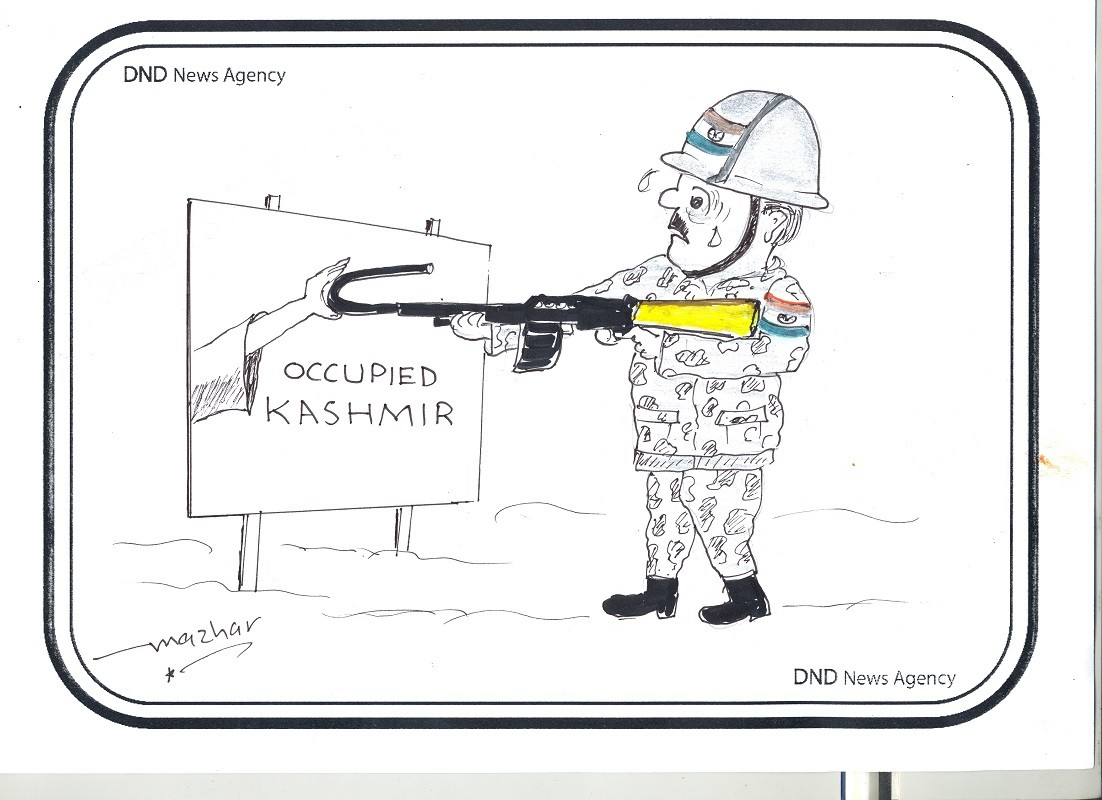