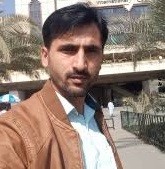 The Kashmiri people have been living under the shadow of guns since the forceful and unlawful accession of the princely state of Jammu and Kashmir to India on October 27, 1947, against the will and aspiration of the dwellers of the heaven-like valley.

Since the day first, Kashmiri people did not accept the wrong and unlawful decision of Maharaja Hari Singh, the then ruler of the valley and Kashmiris resisted the illegitimate move with full force. Keeping the gravity of the situation, Kashmir was flooded with uniformed men during the last 30 years to counter the rising and popular movement aimed at breaking the shackles of Indian slavery.

A generation of Kashmiris has grown up with soldiers at every street corner; however, even then the resistance movement for the right to self-determination was getting stronger with each passing day. The people of Kashmir in the occupied territory and Pakistanis have been observing October 27 as ‘Black Day to remind the United Nation Security Council (UNSC) and the world of their forgotten promise to ensure the resolution of the Kashmir dispute as per the aspirations of the inhabitants of the scenic valley.

On October 24, 1947, the valley of Kashmir announced its Independence in accordance with the Indo-Pak Partition Plan which empowered the people of the valley to decide their fate for joining either of the newly independent states i.e., India and Pakistan.

Since the ruler Maharaja of Kashmir was a Hindu, he acceded to India and an illegal and controversial document, the Instrument of Accession, was signed on October 26, 1947, between the Indian government and Hindu Maharaja of Kashmir.

The then Indian Prime Minister Jawahar Lal Nehru even declared that the final status of Jammu and Kashmir would be decided by the people of the State through a plebiscite although all political parties of Kashmir had jointly announced Independence and joining to Pakistan.

It was on this day in 1947 when Indian troops invaded Jammu and Kashmir against the will and aspirations of Kashmiris, and violated the partition plan of the Subcontinent, and divided the Kashmir valley forcefully although Kashmir had announced Independence on October 24, 1947. Since then, the brutal forces unleashed a wave of barbarism and atrocities and made life hell for the inhabitants of the scenic valley. The inhuman and criminal tactics are being exercised to deter Kashmiri people and to dampen their courage but all such ruthless acts proved counterproductive and further intensified the indigenous movement for the right to self-determination.

However, when the Indian authorities exhausted all callous and brutal options to defuse the indigenous movement for the right to self-determination and failed to produce any desired result. The fascist Narendra Modi-led government resorted to other options by unilaterally and unlawfully stripping the special status of the Indian Occupied Kashmir (IOK) on August 5, 2019.

Though the sufferings of Kashmiri people commenced on October 27, 1947, with the landing of Indian troops in Jammu and Kashmir but they increased manifold after New Delhi revoked Articles 370 and 35-A of the Indian Constitution on August 5 last year, suspending the Special Status of the Occupied Kashmir.

Since then, the Kashmiri people have been reeling under a crippling military lockdown and internet blackout, where Indian brutal forces continued their state barbarism and atrocities.

Mobile phone connectivity continued to remain snapped, shops, schools, and offices closed and public transport off the roads. The Indian forces’ presence in every nook and corner of the occupied territory has created an atmosphere of fear and terror. All sections of society have been affected by the lockdown as the business has come down to zero.

The Indian authorities have cut the valley from the rest of the world to hide the continued state atrocities and cruelties and used all weapons and oppression to crush the dissenting voices.

However, the notorious Indian government’s move proved counterproductive as it united the whole Kashmiris on one platform like a rock, which was earlier widely divided.

The unification of Kashmiri political forces further strengthened the freedom movement because now there is no justification for the world to further delay the resolution of the decades-long dispute of Kashmir and the world powers and the UN should honor their commitment and put an end to the miseries and hardships of Kashmiri people who sacrificed hundreds and thousands of lives for their just cause but the world is still looking at the grave situation as a silent spectator.

The situation in the valley has changed drastically and the Kashmiri people will remind the world on October 27 this year again of its promise to rid Kashmir from the Indian unlawful clutches because of the sacrifices of Kashmir will not go waste and the freedom of Kashmir is destined to dawn soon.