ISLAMABAD, Pakistan: The Jamiat Ulema-e-Islam’s Fazl (JUI-F) Azadi March will enter the Federal Capital on October 31 (tomorrow), wherein all roads are still open for all kinds of vehicles and the traffic flow is as usual.

The March participants were accorded a warm welcome at Thokar Niaz Baig in Lahore. Upon which, the JUI-F Chief Maulana Fazlur Rehman expressed gratitude to Lahoris as well as all political parties for extending support to the Azadi March. 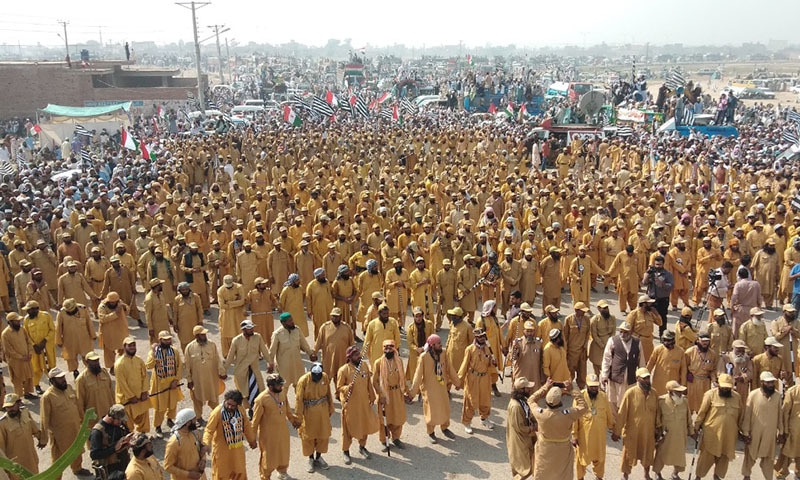 Meanwhile, the Federal Capital awaits the arrival of Azadi March participants with muddled state of mind as for how long their likely sit-in would last in Islamabad, bearing in mind that last long march carried out by Pakistan Tehreek-e-Insaf (PTI) and Pakistan Awami Tehreek (PAT) ended after 126 days.

So far all entry and exit routes of Islamabad remain open for traffic, and citizens are continuing their journey uninterruptedly in all areas of the Capital City. However, Islamabad’s Red Zone has been restricted for entry.

The Deputy Commissioner (DC) Islamabad Muhammad Hamza Shafqaat asked the motorists to move around freely in the City without any fear. He said that Islamabad Police is vigilantly performing its duty.

The Azadi March will end up at Metro Bus Depot near Sunday Market located Islamabad’s H-9 area. The depot will be sealed by the Islamabad administration with containers by Wednesday night.

Mati
Mati-Ullah is the Online Editor For DND. He is the real man to handle the team around the Country and get news from them and provide to you instantly.
Share
Facebook
Twitter
Pinterest
WhatsApp
Previous articleJUI Azadi March reached Lahore from Multan
Next articlePakistan and Cuba sign visa waiver accord