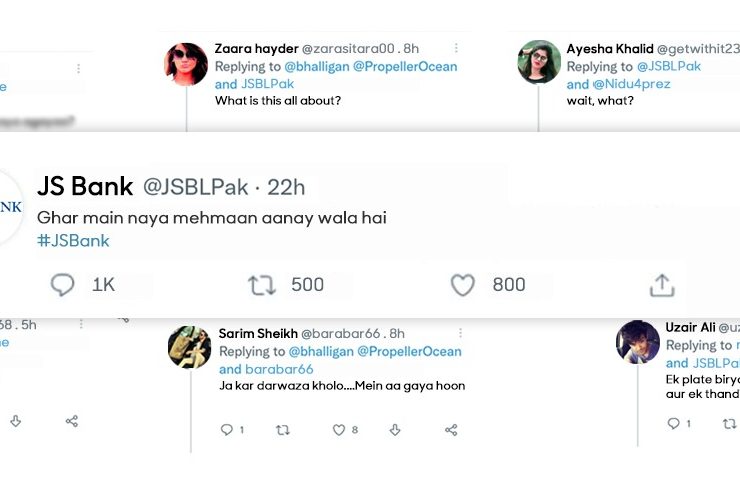 JS Bank is one of the best banks in Pakistan. It has been working in the country for over a decade and helping people deal with their financial matters. A bank is only supposed to deal with financial matters but what if you get some strange posts on a bank’s social media to handle, what would be your reaction? Yes, JS Bank memes are making the people go LOL.

In case you have missed the fun, we are right here to tell you about everything that happened. The bank’s social media accounts were giving a dose of entertainment to the public through some random dialogues that seemed too strange coming from a bank. No one yet knows why the bank did what it did. But JS Bank memes were actually enjoyable and we are not complaining.

Whether it was some attention-grabbing tactic or a mistake or some hacking case, we don’t know. But, as soon as the bank realized it, it deleted all the posts at once. But, people had already taken screenshots and the memes were trending on Twitter. The public was heavily replying to the posts in the comments section with comedic reactions.

If the intention behind these JS Bank memes was to grab the public’s attention, they have very well done so in a shorter time period. Take a look at some funny posts: