WARSAW, Poland: Some 50 journalists and media practitioners from around the World gathered for a Conference on “Media as a Public Service” organised by the ICF (International Communications Forum) and the Polish Journalists Association (SDP) at Warsaw in Poland on June 11-12, 2018.

There were thought-provoking presentations at panel discussions about issues like dignity of the media, the role of public, private and citizen media, digital and traditional media, role of the media in democracy, at times of conflicts and in understanding “the other”. 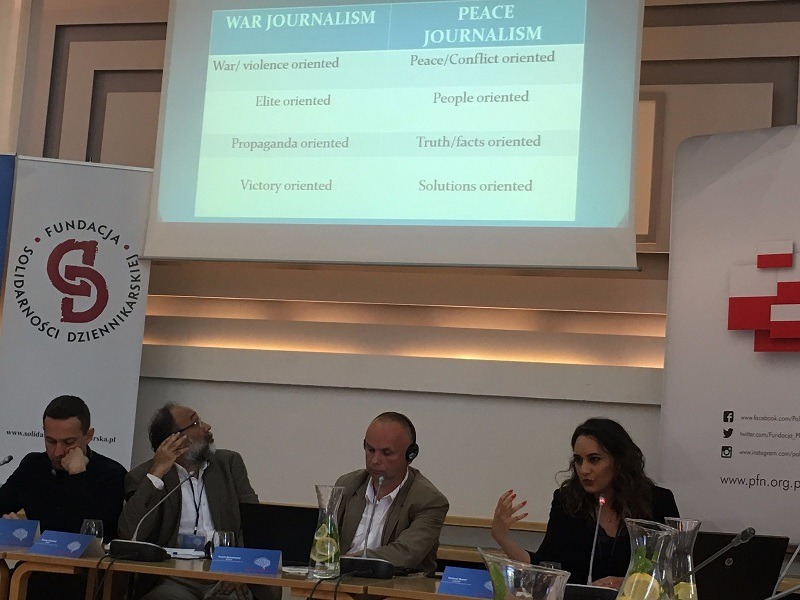 A panel addressing the issue of freedom of the Polish media featured presentations by senior Polish journalists. Each of them affirmed that, contrary to reports by the western media as well as NGOs like Committee to Protect Journalists and Freedom House, the media in Poland are free and face no threats except for market forces and the Internet that pose a challenge to traditional media around the world.

Participants from Ukraine, Pakistan, and India shared information about the unprecedented censorship and self-censorship in their Countries. From South Africa came stories about the challenges building democracy in a polarized society.

A former militia member from Lebanon shared his powerful and moving story of going from violence to peacebuilding. “I have blood on my hands,” he said, talking about his years-long process of overcoming long-held prejudices and indoctrination.

The media “were definitely one of the factors” contributing to his earlier beliefs, he said, pleading with the journalists present to use their positions to avoid sensationalizing, stereotyping and ‘othering’.

There were plenty of disagreements among the participants on the panels as well as in the audience. Intense discussions following the presentations also became heated at times.

Overall however, participants were in broad agreement about the importance of the news media in strengthening democracy. They also shared similar concerns about major challenges journalism faces in one form or another in various societies.

The Conference declaration drafted at the end of the two-day event reaffirmed participants’ commitment to journalistic ethics and values, as well as their pledge to stand firm against challenges from violence, threats and commercial pressures, as well as false information that spreads fast in the digital age.

Participants agreed on the need to uphold journalistic basics and media ethics, like providing full and complete information and context, obtaining multiple sources of verification, and monitoring power.

They also agreed that it is essential to provide training to new journalists including non-professionals and citizen journalists, besides refresher courses to practicing journalists to avoid falling into the traps of click baiting and scoops that contain unverified news.

Besides journalists, training for readers would also be useful to recognize the difference between journalism and sensationalism, whether it is objectivity of facts or pluralism of opinion.

Noting that the explosion of information means that the role of journalists is more important than ever, participants committed to being self-reflective, offering context and deepening understanding and tolerance, besides using their positions to “build bridges rather than deepen conflicts”.

The Conference participants in their declaration also strongly condemned the assassination of their colleague Shujaat Bukhari, Editor of Rising Kashmir, who was shot dead in Srinagar on June 14.

They said that the target killing “highlights the nature of these threats from multiple sources. We stand together in condemning his murder in the strongest of terms and join our colleagues worldwide in demanding a proper and credible investigation into his murder that ensures his killers are brought to justice.”