Joint Declaration on Establishment of Strategic Partnership between Uzbekistan and Pakistan

Prime Minister Imran Khan accompanied by a high-level delegation paid an official visit to Uzbekistan on July 15-16, 2021 at the invitation of Uzbek President Shavkat Mirziyoyev.

The talks covered the entire gamut of Pakistan-Uzbekistan bilateral relations, with a particular focus on trade, economic cooperation, and connectivity.

The two sides also signed a number of Memorandum of Understandings (MoUs) aimed at deepening bilateral cooperation in diverse areas. 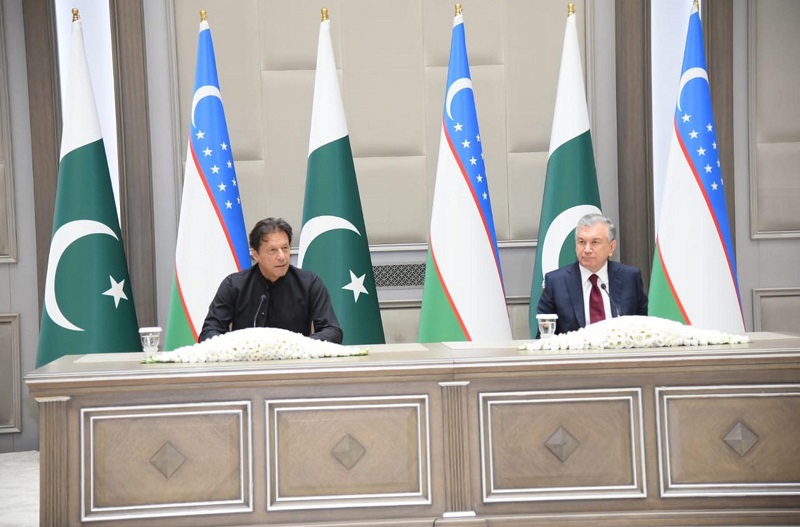 The following is the Joint Declaration on the Establishment of Strategic Partnership between the Republic of Uzbekistan and the Islamic Republic of Pakistan;