KYIV, Ukraine: The Inaugural Summit of the International Crimea Platform was held in Kyiv on August 23.

The event was initiated by the Ukrainian President Volodymyr Zelenskyy and attended by delegations from 46 Countries. 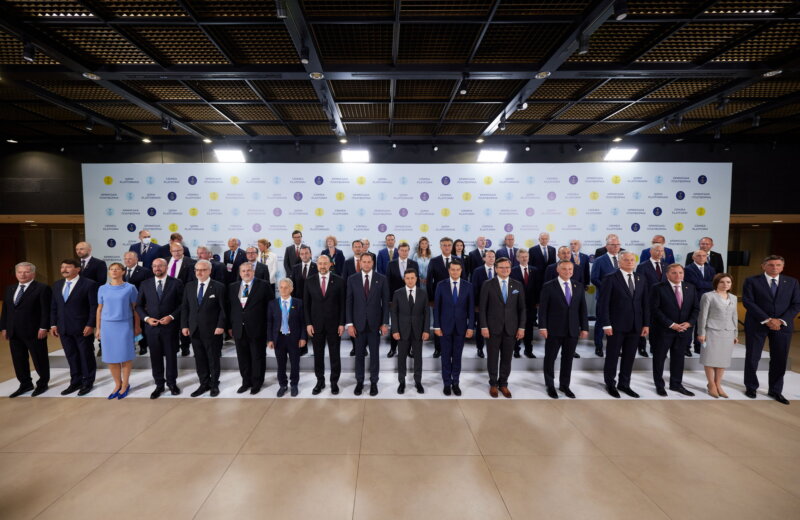 “The Participants in the International Crimea Platform,

being guided by the Charter of the United Nations, the Universal Declaration of Human Rights, the Final Act of the Conference on Security and Cooperation in Europe, the Paris Charter for a New Europe, as well as rules and principles of international law, including international human rights law and international humanitarian law,

recalling that the United Nations General Assembly in its resolution 3314 (XXIX) of 14 December 1974, entitled “Definition of aggression” states, inter alia, that no territorial acquisition or special advantage resulting from aggression is or shall be recognized as lawful,

taking into account the provision of the United Nations General Assembly Resolution 75/192 which calls upon Member States to engage constructively in concerted efforts, including within international frameworks on Crimea,

emphasizing the universal and unified character of the United Nations Convention on the Law of the Sea, and reaffirming that the Convention sets out the legal framework within which all activities in the oceans and seas must be carried out,

taking into consideration the order, delivered on 19 April 2017 by the International Court of Justice on the request submitted by Ukraine for the indication of provisional measures, while the case is pending, in the case concerning the Application of the International Convention for the Suppression of the Financing of Terrorism and of the International Convention on the Elimination of All Forms of Racial Discrimination (Ukraine v. Russian Federation), which imposes on the Russian Federation the obligation to refrain from maintaining or imposing limitations on the ability of the Crimean Tatar people to conserve their representative institutions, including the Mejlis, and to ensure the availability of education in the Ukrainian language,

taking into consideration the decision, given on 14 January 2021 by the Grand Chamber of the European Court of Human Rights in the case of Ukraine v. Russia (re Crimea) (application nos. 20958/14 and 38334/18), which concludes that Russia exercised effective control over Crimea as to the period from 27 February to 18 March 2014 and in respect of the period after 18 March 2014,

reaffirming commitment to the sovereignty, political independence, unity and territorial integrity of Ukraine within its internationally recognized borders, extending to its territorial waters,

reiterating that the Participants in the International Crimea Platform do not recognize and continue to condemn the temporary occupation and illegal annexation of Crimea, which constitutes a direct challenge to international security with grave implications for the international legal order that protects the territorial integrity, unity and sovereignty of all States,

The Participants in the International Crimea Platform condemn

the continued violations and abuses and systematic undue restrictions of human rights and fundamental freedoms that residents of Crimea face, such as the right to peaceful assembly, the rights to freedoms of expression and opinion, religion or belief, association, restrictions on the ability to seek, receive and impart information, as well as interference and intimidation that journalists, human rights defenders and defence lawyers face in their work,

the ongoing militarization of Crimea that undermines security and stability in the wider Black Sea region,

impediments to navigational rights and freedoms exercised in accordance with international law, including obstructing free passage of ships through the Kerch Strait to and from the Sea of Azov, and underlining that such impediments have negative economic consequences for Ukraine’s ports in the Sea of Azov and international trade flows,

the continued change of the demographic structure in the occupied peninsula by the resettlement of Russian citizens to Crimea,

The Participants in the International Crimea Platform decided

to establish the International Crimea Platform as a consultative and coordination format with the aim of peacefully ending the Russian Federation’s temporary occupation of the Autonomous Republic of Crimea and the city of Sevastopol and to restore control of Ukraine over this territory in full accordance with international law,

to continue implementing the policy of  non-recognition of the illegal annexation of the Autonomous Republic of Crimea and the city of Sevastopol by the Russian Federation,

to consider further political, diplomatic and restrictive measures towards the Russian Federation, if provided for by the legal jurisdiction of each Participant and in line with respective procedures, when appropriate and should Russia’s actions so require,

to address emerging challenges and evolving hybrid threats resulting from the ongoing militarization of Crimea and to support joint efforts to strengthen resilience to those threats in the context of growing threats to security and stability in the Black Sea region,

to urge the Russian Federation to comply with its obligations as an occupying power under international humanitarian law and other applicable international law, to urge the Russian Federation to bring an immediate end to all violations and abuses of human rights of residents of Crimea and to provide full and unimpeded access to Crimea for established regional and international monitoring mechanisms, in particular the UN Human Rights Monitoring Mission in Ukraine and the OSCE Special Monitoring Mission to Ukraine, as provided for in their existing mandates, which cover the entire territory of Ukraine, including Crimea, as well as for human rights non-governmental organizations,

to unite efforts aimed at protecting the rights and freedoms of the civilian population living in the occupied Crimea and achieving the immediate and unconditional release of Ukrainian citizens unlawfully detained or convicted for political reasons by Russia and its state agents, both in the territory of the occupied Crimea and in the territory of the Russian Federation,

to urge the Russian Federation to ensure that all persons belonging to ethnic and religious communities in the peninsula, including ethnic Ukrainians and Crimean Tatars, are fully able to enjoy their human rights and given the possibility to maintain and develop their culture, education, identity and cultural heritage traditions, which are currently severely threatened by the temporary occupation,

to consider supporting economic, infrastructure and environmental projects that would contribute to the further development of Ukraine’s regions adjacent to the temporarily occupied Crimean peninsula,

to establish a network of constant and rapid communication between the representatives of the Ministries of Foreign Affairs (to set up Crimea focal points),

underline that any alteration of the status of the Autonomous Republic of Crimea and the city of Sevastopol as an integral part of the sovereign territory of Ukraine is not and will not be recognized, and that Russia’s efforts to legitimize the temporary occupation and illegal seizure are unacceptable,

reiterate their commitment to maintaining pressure on Russia to end the temporary occupation by Russia of the Autonomous Republic of Crimea and the city of Sevastopol and to restore Ukraine’s control over the territory,

welcome the establishment by Ukraine of the national Office of the Crimea Platform,

welcome the establishment of the International Crimea Platform Expert Network with a view to supporting its activities, and invite international and national non-governmental organizations, think-tanks and the expert community to contribute to the network’s activities,

look forward to the eventual return of the temporarily occupied territories of the Autonomous Republic of Crimea and the city of Sevastopol to Ukraine and restoration of their autonomous status as stipulated in the Constitution of Ukraine, and pledge their support to the residents of this territory with regard to restoring their rights and freedoms, enshrined within the Constitution of Ukraine, and improving the socio-economic situation in the peninsula,

call on the Russian Federation to engage constructively in the activities of the International Crimea Platform aimed at ending the temporary occupation of the Autonomous Republic of Crimea and the city of Sevastopol.”

The “Crimea Platform” initiative of the President of Ukraine is aimed at improving the effectiveness of the international response to the prolonged occupation of Crimea, increasing international pressure on the Kremlin, preventing further human rights violations and protecting victims of the occupation regime; it should be a response to the growth of security threats, as well as contribute to the achievement of the main goal – the deoccupation of Crimea and its return to Ukraine in a peaceful manner.