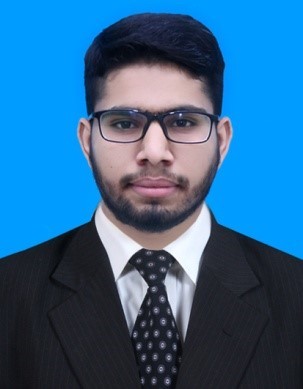 Islam is the religion of peace, forgiveness, mercy, compassion, and sympathy. Islam is established from the Quran. The Qur’an is not only a book for believers but also a complete code of life for all mankind.

Jihad is a word derived from the Arabic “Juhd” which means “struggle”. This is an effort to make good achievements in society and eliminate injustice, oppression, and evil in society.

The exact meaning of the term Jihad depends on the context. It has often been erroneously translated in the West as “Holy War”. Particularly in the religious and ethical realm, primarily refers to the human struggle to promote what is right and to prevent what is wrong.

During the Meccan period, when the Prophet Muhammad (PBUH) received revelations of the Qur’an at Mecca, the emphasis was on the internal dimension of Jihad, termed “Sabr”, which refers to the practice of “Patient forbearance” by Muslims in the face of life’s vicissitudes and toward those who wish them harm.

In the Medinan period, during which Prophet Muhammad (PBUH) received Qur’anic revelations at Medina, a new dimension of Jihad emerged: Fighting in self-defence against the aggression of the Meccan persecutors, termed “Qital”.

In the later comprising Hadith, the record of the sayings and actions of the Prophet and mystical commentaries on the Qur’an and more general mystical and edifying writings in these two main dimensions of Jihad, “Sabr” and “Qital”, was renamed Jihad al-nafs (the internal, spiritual struggle against the lower self) and Jihad al-sayf (the physical combat with the sword). They were also respectively called Al-Jihad al-Akbar (the greater jihad) and Al-Jihad Al-aṣghar (the lesser jihad).

It is clear from this verse that unless someone is tried and proven to have murdered someone, he or she will not be able to be killed; killing the innocent is the same as killing everyone.

On September 11, 2001, a few individuals hijacked four civilian aeroplanes and used them as weapons to create terror in the United States, especially on the two World Trade Center buildings. All the crew and passengers in the four planes as well as about three thousand civilians, lost their lives in those attacks.

During the Soviet occupation of Afghanistan in the 1980s, the United States Agency for International Development (USAID) spent millions of dollars to provide Afghan schoolchildren with textbooks full of violent images and the teachings of “militant Islam”.

These textbooks are published in the main Afghan languages of “Dari” and “Pashtu” and were developed in the early 1980s under the aid of the University of “Nebraska Omaha” and its Afghanistan Research Center.

From 1984 to 1994, the agency spent US$51 million on university education programs in Afghanistan.

Therefore, when in line with its strategic interests, the United States promoted a Jihadist culture among Afghan children in the 1980s, and President Ronald Reagan even welcomed Afghan “Jihadists” in the White House.

(Even if the Taliban used books produced in the United States, even though the radical movement crossed out people’s faces according to strict basic rules.) Since this violent culture has plagued it, the US government opposes the idea of Jihad and hope that Muslims completely abandon this concept.

It cannot be expected that Muslims will change their view of the noble concept of Jihad because some misleading Muslims or some World Powers abuse the term.

Muslims should strongly condemn the abuse of Jihad and confidently confirm the concept of the Qur’an, as explained by the Qur’an and the noble example of the Prophet Muhammad (PBUH).

The writer is pursuing his BS degree at Strategic & Nuclear Studies from National Defence University, Islamabad. He can be reached at hafiznadirali7@gmail.com