ISLAMABAD, Pakistan: A delegation of Japanese Companies operating in Pakistan and Japanese Investors held a meeting with Prime Minister Shahbaz Sharif in Islamabad on Monday.

In the meeting with Japanese investors, the prime minister said that Pakistan is committed to enhance its bilateral ties with Japan in diverse fields. 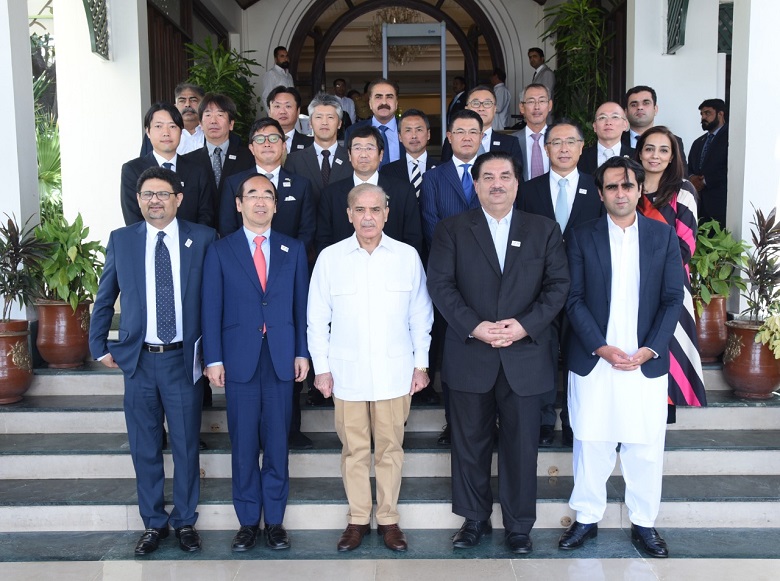 The prime minister said that Japan is not only a very dear friend of Pakistan but a valuable donor which sent about US$ 13 billion to Pakistan in the last seven decades.

Shahbaz Sharif expressed the resolve to remove hurdles in the way of enhancing trade between the two Countries.

The prime minister constituted a committee to resolve the issues faced by Japanese and directed the concerned departments to present a report within one week.

The prime minister recalled the days when Japanese were heavily investing in the Pakistani market and stressed upon the need of bringing those back. He commended the work done by different Japanese companies in Pakistan saying that they have a very high-quality standard.

Mati
Mati-Ullah is the Online Editor For DND. He is the real man to handle the team around the Country and get news from them and provide to you instantly.
Share
Facebook
Twitter
Pinterest
WhatsApp
Previous articleOIC denounces denigration of Prophet Muhammad in India
Next articlePakistan, EU reaffirm commitment to further enhance bilateral ties