Both sides emphasized to expedite the process so that work could start once the things get normal after COVID-19.

The projects include modification of Auction Hall, Establishment of Business Park, and Cold storage-Freezing Tunnel at Korangi Fish Harbor.

The projects will help in complying with standards set by the World Trade Organisation (WTO), European Union (EU), and Seafood importing Countries. 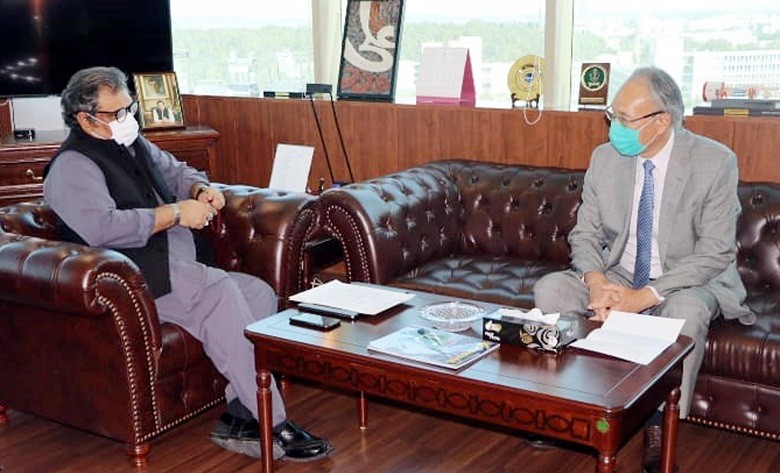 
“In Pakistan, we have the skill set which just needs some polishing. The cost of production is low due to competitive labor and our exchange rate is favorable for the export sector. All we need is to create an environment. Our people and our nation will excel like none other”, the minister remarked.

In addition to the above, the two also explored an idea of establishing of an institute for fishermen where the next generation of work force related to deep sea fishing will be trained.

The Japanese ambassador also mentioned a MOC signed between Japan and Pakistan last year whereby Pakistani could utilize the opportunity to get employment in the Fisheries and Maritime Sector.

Ali Zaidi vouched for the employment of Pakistani Seafarers by Japanese shipping lines.