ISLAMABAD, Pakistan: The Ambassador of Japan Kuninori Matsuda has indicated that some Japanese Companies are expected to tap Pakistan’s market soon.

In a meeting with the Secretary Board of Investment (BOI) Ms. Fareena Mazhar along with Japanese investors in Islamabad on Tuesday, the ambassador discussed potential investment opportunities, and specifically showed interest in food processing and automobile sectors, which are already the priority sectors of Pakistan in term of incentives.

The Japanese appreciated the Secretary BOI and her team for working towards creating a conducive environment for existing and potential investors and expressed interest of Japanese companies for further investment in Pakistan. 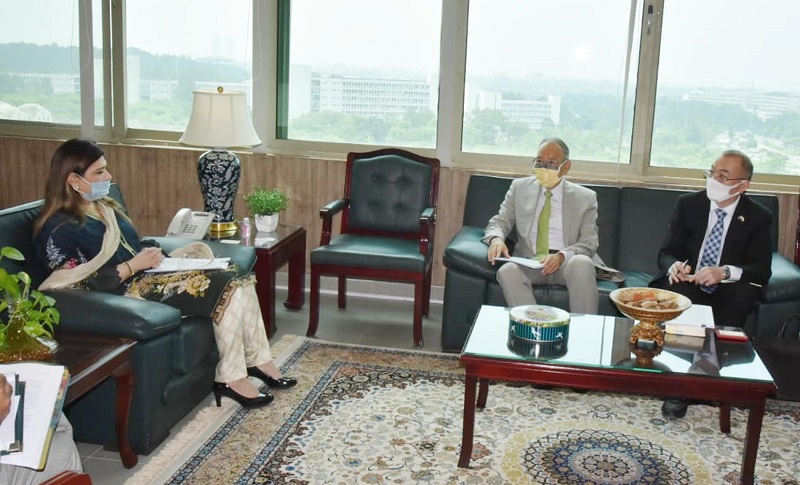 Highlighting the numerous investment opportunities available to foreign investors in Pakistan, the Secretary BOI assured the ambassador of full support in regards to the facilitation of Japanese investment in Pakistan.

While addressing concerns of the ambassador about advance tax, the Secretary BOI assured him that she will personally take up the matter with concerned quarters and asserted that she was confident this issue will soon be resolved.

During the meeting, both sides underscored the need of bilateral investment, creating mutually beneficial scenarios.

The ambassador of Japan apprised the Secretary BOI about a joint dialogue between the government and private sector of Pakistan and Japan scheduled for the second half of the year.

Kuninori Matsuda also shared that next year will mark the 70th anniversary of diplomatic relations between Japan and Pakistan which will act as an opportunity to further strengthen the already cordial relations between the two Countries.