ISLAMABAD, Pakistan: The Japanese Ambassador to Pakistan Kuninori Matsuda has offered Japan’s support to Pakistan Television Corporation (PTV) and Pakistan Broadcasting Cooperation (PBC) for broadening and improving the quality of their programmes.

In the meeting, they discussed matters relating to Pakistan-Japan bilateral relations and the promotion of culture and tourism, trade, and investment between the two Countries.

More specifically, avenues regarding promotion of relations in the fields of media, culture and tourism and training of personnel of media organizations were discussed.

Raoof Hassan appreciated the cooperation of Japan with Pakistan in different fields especially in health, education, culture, and tourism. 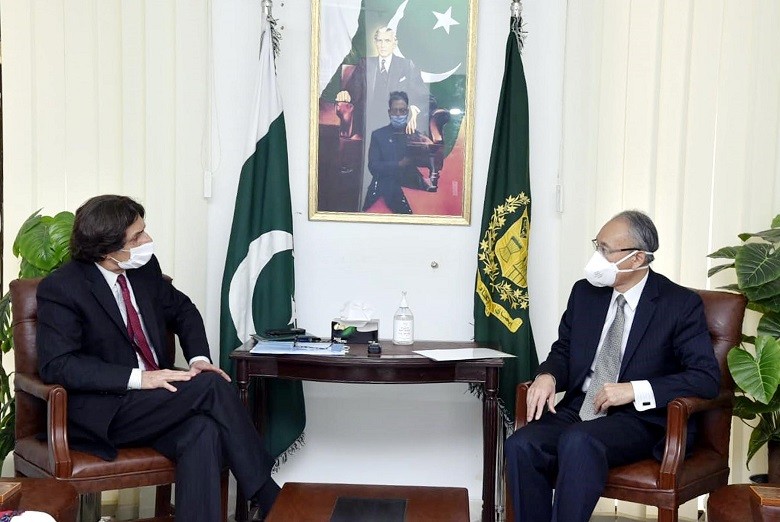 The Japanese ambassador highlighted the importance of media and its deep effects on society.

The Special Assistant Raoof Hassan cited that enormous opportunities existed for expanding mutual cooperation between the two Countries in the fields of media, culture, and tourism.

Representatives of PTV and PBC including their Directors explained to the Japanese ambassador the areas where support and assistance was specifically solicited.

There will be a follow-up meeting between representatives of the Ministry, PTV, and PBC with the Embassy to take the matter further.

Mati
Mati-Ullah is the Online Editor For DND. He is the real man to handle the team around the Country and get news from them and provide to you instantly.
Share
Facebook
Twitter
Pinterest
WhatsApp
Previous articlerealme set to launch new smart audio “realme Buds Wireless Pro”
Next articlePakistan rejects US designation on religious freedom