ISLAMABAD, Pakistan: The Japanese government has extended the grant assistance in the form of equipments for the National Textile University (NTU) in Faisalabad worth Japanese Yen 500 million to the government of Pakistan under the Economic and Social Development Programme.

The official notes for the grants were exchanged at the Economic Affairs Division in Islamabad on Thursday.

The Secretary Economic Affairs Division (EAD) Dr. Syed Pervaiz Abbas and the Japanese Ambassador to Pakistan H.E. MATSUDA Kuninori signed the Exchange of Notes, Record of Discussions and Agreed Minutes on Procedural Details on behalf of their governments. 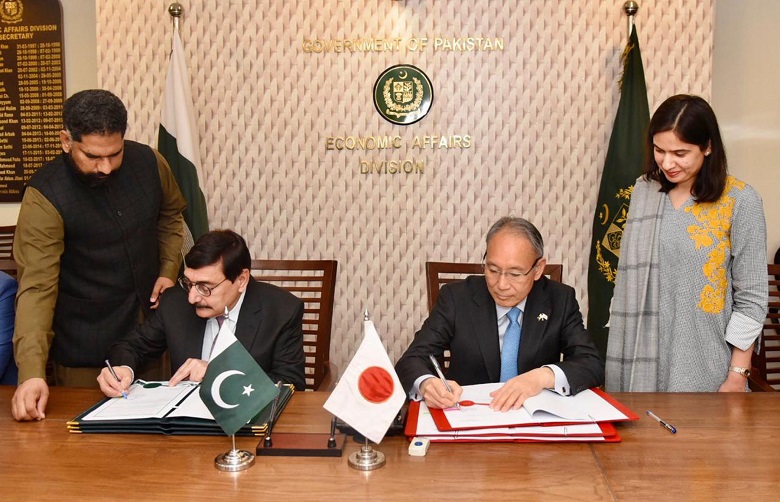 In the signing ceremony, the Secretary EAD expressed that Pakistan values close and friendly relations with Japan and cherishes shared views on a whole range of regional and international issues that exist between the two partners. He said that Japanese economic cooperation is greatly valued and welcomed as it has played and continues to play a vital role in the socio-economic uplift of Pakistan.

The federal secretary also highlighted that the grant assistance in the form of equipments for the NTU is well-timed keeping in view the needs of the textile industry of Pakistan, for which we are thankful to the government of Japan. The textile sector in Pakistan has an overwhelming impact on the economy, contributing 55% to the country’s exports. In today’s highly competitive global environment, the textile sector needs to upgrade its supply chain, improve productivity, and maximize value-addition to be able to survive. Thus, the government of Pakistan is committed to sustain the growth of the textile sector in an increasingly competitive environment while effectively responding to the challenges and opportunities provided by the globalization of trade and providing a forum to the domestic textile industry for a mutually beneficial interface.

Dr. Syed Pervaiz appreciated the Government and people of Japan for their support with the assurance of extending all necessary facilitation for more meaningful cooperation between the two sides in the future.

Talking to the occasion, Ambassador H.E MATSUDA committed that Japan continues to support Pakistan in its efforts to maximize its potential in the areas with comparative advantages such as the textile industry.

Mati
Mati-Ullah is the Online Editor For DND. He is the real man to handle the team around the Country and get news from them and provide to you instantly.
Share
Facebook
Twitter
Pinterest
WhatsApp
Previous articleAzerbaijan launches information portal to raise public awareness on COVID-19
Next articleCoronavirus killing 1 Iranian every 10 minutes: Health Ministry